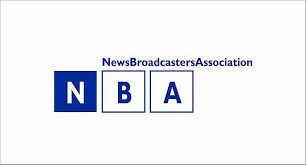 The News Broadcasters Association (NBA) has been on a collision course with the Ministry of Information and Broadcasting (MIB) first on the digital media code of ethics in IT rules 2021 and more recently on the question of amendments to the rules of cable television networks (CTN), 1994.

The NBA, which has 25 major national and regional newscasting companies among its members, has obtained interim relief from the Kerala High Court in both cases. Last week, Kerala HC ordered the MIB not to take coercive action against NBA members for failing to comply with CTN 2021 rules.

In addition to the NBA, The Mathrubhumi Printing & Publishing and its MD MV Shreyams Kumar have also filed complaints against the CTN 2021 Rules, which prescribe a three-tier grievance mechanism: 1) Regulation by broadcasters bodies of broadcasters 3) Mechanism control by the central government.

The NBA had also urged the HC to prevent the MIB from implementing the aforementioned provisions and taking enforcement action against the newscasters. In its petition, the NBA challenged the provisions of the 1995 CTN Act as well as the 1994 and 2021 CTN Rules.

The NBA argued that Rules 6 and 7 of the Cable TV Rules exceed the allowable limits of the restrictions contemplated in Section 19 (2). He also said that terms such as “good taste”, “snobbish”, “critical”, “anti-national”, “obscene”, “deliberate”, “suggestive”, “offensive” and “disgusting” used in Rules 6 and 7 of the Cable Television Rules are vague, imprecise and ambiguous.

The association also said the MIB has given itself unbridled and excessive powers under the Cable TV Act and Cable TV Rules to regulate the content of news channels on a purely fanciful interpretation. of the words used there. “This would increase the possibility of abuse of power, leading to an imminent possibility of eroding the freedom of expression rights of the media under Article 19 of the Constitution of India,” he said. declared.

According to the NBA’s plea, the government, through the addition of the oversight mechanism, has added several layers to the complaints redress structure and has made inroads into the judiciary and has given itself powers reserved exclusively for the judicial power and such exercise of power is without jurisdiction.

He also noted that Rule 18 of the CTN 2021 Rules states that any self-regulatory body can only register with the MIB if it has 40 broadcasters. “This stipulation is arbitrary, irrational and perverse and is therefore contested by the applicants as there is no justification / basis for requiring 40 broadcasters to be members of a self-regulatory body to register with the respondent”, he added.

The oversight mechanism through the inter-ministerial committee (IDC) made up of officials amounts to a violation of media freedom of expression rights, the petition says. He added that the establishment of the new structure, including the oversight mechanism at the third and final level of complaints handling, will create a “chilling effect” on media content.

“Because by giving self-regulation a statutory flavor and including it in the statutory rules, the self-regulatory body would function as a tribunal chaired by a retired judge, making it a judicial process. The additional secretary being the chairman of the oversight mechanism as well as other members of the executive would sit on the orders of a retired Supreme Court / High Court judge, thus compromising the independence of the judicial process ”, asserted the NBA.

He also claimed that the self-regulatory mechanism through the News Broadcasters Standards Authority (NBSA) has been operating effectively since 2008, based on its code of ethics and guidelines voluntarily adopted by association members. “Therefore, it is not for the Respondent to say that it will recognize self-regulation but would require the statutory self-regulatory body to follow its rules / program code / code of ethics in accordance with the contested rules.”

The NBA argued that until 2021, the NBSA has adjudicated on 4,341 complaints in addition to having issued 12 guidelines since its inception in 2008. In addition, the NBSA has also issued 61 notices on various issues aimed at improving standards. distribution to its members.

The NBSA consists of nine members: a president (being an eminent jurist), 4 independent members of civil society, being persons with proven eminence in various fields of activity, and 4 editorial staff from the editorial staff of the member broadcasters. of the NBA. The current chairman of the NBSA is Judge AK Sikri.

He also said that the self-regulatory mechanism of news broadcasters, NBSA also noticed recognized by the orders / judgments of the Supreme Court.