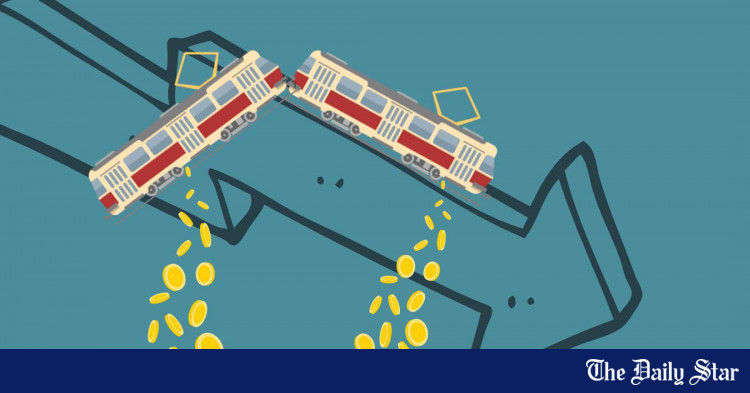 It is unfortunate that Bangladesh Railway (BR) has not been able to make much progress when it comes to privately operating customer trains and making a profit. According to a working paper submitted by the Ministry of Railways to the parliamentary committee, the agency is suffering huge losses as private passenger and freight trains have made no profit for the past three years. According to a report published by this daily, for every kilometer traveled by an individual on a train operated by private companies, BR spent Tk 2.43 and earned Tk 0.62, incurring a loss of Tk 1.81. And regarding the transport of goods by freight trains, BR also counts a loss of 5.76 Tk for each ton of goods transported for each kilometer.

The data presented by the Ministry of Railways, however, lacked detail – for example, they could not provide revenues and expenses for each of the 40 trains currently operated by private companies. Although the newspaper mentions that the trains earn more than Tk 98.61 billion per year, it does not indicate how much money is spent to run them. As the issue was debated in the national parliament on Monday, the railway ministry’s standing parliamentary committee expressed dissatisfaction with the presentation of such an incomplete report. And rightly so. How could the parliamentary committee know the real situation if the ministry provides fragmented data? Doesn’t this reveal the inefficiency with which the ministry prepares these reports?

For all the latest news, follow the Daily Star’s Google News channel.

What is the point of allowing private companies to operate the trains if they make no profit? And what steps can be taken to make them profitable again?

Apparently, BR has suffered huge losses over the past 12 years despite massive investment from the government. According to a ministry document, the transport agency suffered a loss of Tk 2,086.70 crore in the financial year 2019-20. And, according to data from Bangladesh Railway Information Book-2020, the agency has not made any profit since the 2008-09 financial year.

Against this backdrop, we believe BR needs a massive overhaul to right the wrongs the organization has done. It is true that it cannot become profitable instantly, but if corruption, mismanagement and poor services can be checked and a culture of accountability established, it can certainly be transformed into a profitable transport agency soon enough.