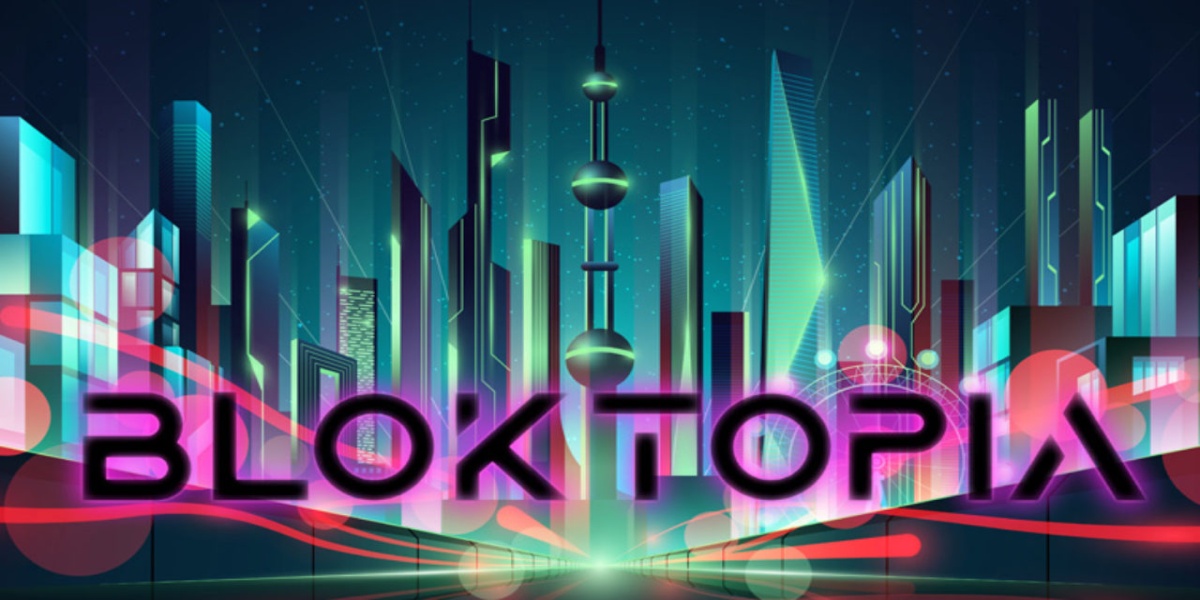 What is Bloktopia? Profit in the metaverse with BLOK!

Since the beginning of the year, many enthusiasts have become interested in the metaverse. While the metaverse is still a vague concept, many describe it as a virtual world built on blockchain technology. Bloktopia is one of the rapidly growing decentralized metaverses created to help users experience virtual reality through blockchain. The metaverse is considered a world accessible through technology so that humans can become part of it through their computers or other equipment. It’s safe to mention that Bloktopia is one of the few providers that strives to provide access to an alternate world. You can be part of this new world by using the Internet. While the internet has been around for many years now, enthusiasts believe that the metaverse is a more decentralized type of internet.

Facebook was one of the first big tech brands to be fascinated by the metaverse. The tech giant has been rebranded as Meta. Every blockchain and tech enthusiast has talked about how this alternate world could change the internet. Yet few people understand this abstract concept. While some say it’s based on virtual reality, others think it’s the future of the internet. In his book entitled Snow Crash, the word “metaverse” was coined in 1992 by Neal Stephenson.

This shows that the idea has been around for a long time. Likewise, big tech companies, including Google and Meta, are looking to invest in a relatively new industry. The Metaverse is simply an alternate world that you access through virtual reality technology. Many blockchain-related projects have capitalized on the hype to create the metaverse. Although this technology is still early, projects like Bloktopia have created a world where users can live another life. And this is possible thanks to mobile phones and computers. We have other platforms with similar models, like Decentraland.

What is Bloktopia Crypto?

According to official site, Bloktopia offers a virtual reality experience for crypto enthusiasts. Polygon powers this decentralized metaverse and strives to bring users to an engaging platform. Bloktopia is a skyscraper with over 20 levels and recognized users as Bloktopians. The platform hopes to provide all crypto content in a single environment. It promises to enable token holders to generate revenue through virtual real estate, networking, and gaming. Likewise, it strives to optimize the user experience for gamers. User experience is crucial for every platform. Without it, users may find it difficult to enjoy the platform.

Use of NFTs by Bloktopia

Non-fungible tokens are one of the most popular aspects of blockchain technology. Many creators and owners of works of art have made a lot of money buying and selling digital works of art. Although NFTs are not limited to pictures and paintings, artworks/pictures tend to be the most popular types. Your NFT can be an image, video, song or whatever is original and belongs to you. It is safe to mention that although NFTs are stored on a blockchain, they are different from tokens like Bitcoin and Ethereum. First, most NFTs don’t have their blockchains, so they rely on networks that host smart contracts like Solana and Ethereum.

Another difference between the two is the uniqueness of NFTs. Non-fungible tokens are generally fewer in number than fungible tokens, such as Bitcoin and Ethereum. This helps them become valuable in a short period of time. Sometimes these tokens are unique and sell for a tempting price. Bloktopia also seeks to integrate NFTs to ensure the proper functioning of the platform. Many similar blockchain platforms also use them to ensure that users get rewards for their participation. It hopes to bridge the real and virtual worlds by being open source and decentralized. Additionally, the NFTs will be on the Polygon blockchain, which can improve speed while reducing costs.

Some features of Bloktopia

Bloktopia has cool features that make it different. However, the platform is still in its infancy and it could progress as the world takes interest in the metaverse. Below are some features to note before participating in Bloktopia;

BLOK is currently undervalued, with its price at $0.007627. This token has some growth potential, provided the platform becomes attractive enough for new investors. While the coin is down 6% from the 24-hour high, it looks like weekend selling could be contributing to the current price loss. Luckily, the token strives to push back against resistance to find the nearest support. The cryptocurrency market is also currently unstable, which hurts the value of all tokens. Bitcoin price is somewhat stable, and it has been hovering, hoping to break the nearest resistance to get back to $40,000. BLOK looks like a great buy if you want to explore the metaverse industry. Although many projects are undervalued, they may become more mainstream in the coming years. There are correlations between MATIC and BLOK.

Correlation of BLOK with MATIC

It is safe to mention that Polygon is a sidechain that strives to make Ethereum more affordable, despite the high cost of transactions. Polygon has also made transactions faster and more affordable. The sidechain native token is MATIC. MATIC is a very popular token and it competes with many digital assets in the asset space. BLOK also benefits from Polygon. According to the website, BLOK is built and backed up by Polygon, which means BLOK and MATIC share a similar network. Polygon hopes to evolve the Ethereum blockchain by reducing the high cost of transactions. Ethereum is one of the most widely used blockchain networks in the world, which makes it very busy and congested. When the chain is active, transactions are delayed and expensive to settle. Polygon is trying to remedy this problem. MATIC, its native token, is also used for transaction staking and payment.

Bloktopia is a relatively new platform that supports the metaverse. It hopes to be a hub where cryptocurrency enthusiasts can interact and grow as a community. The native token of the platform is BLOK, an undervalued crypto. Although the coin is far from worth $1, it could one day reach and exceed that price. Additionally, major tech companies are taking an interest in the metaverse and are willing to spend millions of dollars to accelerate its growth.

2022-06-01
Previous Post: Increase in sales of physical books on digital retail in Italy
Next Post: How Chris Pureka’s music balances hope and despair