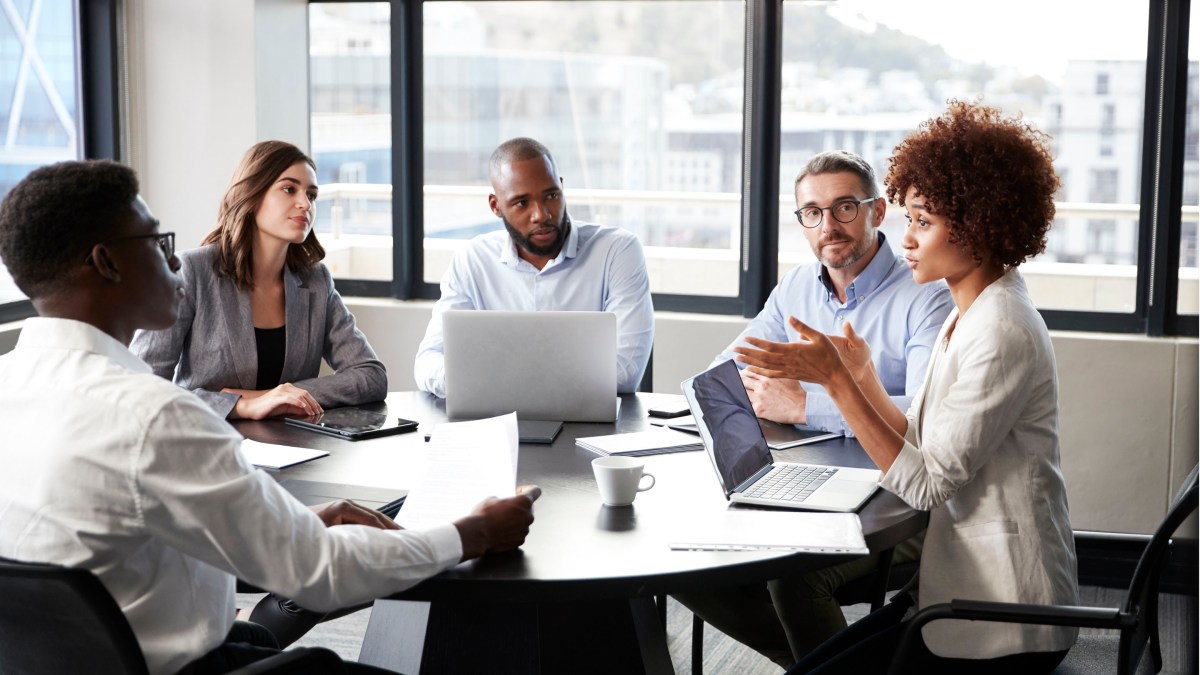 The private sector has made various racial and gender equity commitments in recent years and, in some cases, kept them with huge financial donations.

While this external action is important, it is also essential that companies make the same inward effort to address internal equity, according to Professor Ella LJ Bell Smith of the Tuck School of Business in Dartmouth.

“When we say ‘social justice’ we often exclude the private sector from it,” Smith said in an interview with “Marketplace Morning Report” host David Brancaccio.

“And when the private sector steps in, again, it shifts to outside activity. It’s not about looking at your own business and seeing what we need to do, ”Smith added.

Below is an edited transcript of their interview, which focused on how to hold companies accountable for their equity goals externally and internally, as well as what kind of measures can follow private sector involvement. in social justice.

David Brancaccio: With the renewed energy of the social justice movement over the past year and the calls over the past two years, truly, from big business to rethink what had been their unique focus on shareholders. I mean, companies made a lot of promises, didn’t they, around diversity, equity, and inclusion. You’ve watched it very closely for, I would say, a long time. Are companies keeping these promises?

Ella Bell Smith: I think they are. i think they do [in] one or two ways. There is the external focus, where companies distribute funds for social justice activities. From what I can tell, there is an internal movement. There seems to be a flurry of new positions in D&I, the diversity and inclusion space, at the top level and not being stuck in human resources. And we also see promotions on several levels. When Ursula Burns left Xerox as CEO, there were no black women in Fortune 500 companies as CEO. We now have, I believe, two. So it’s a small movement, but a movement all the same. But there is still so much to do.

Brancaccio: I can imagine you telling your students that you get what you measure. And you mentioned that a measure of companies’ external efforts to promote social justice could be, you know, the money they spend, venture capital, and investments. But what about the internal? What metrics do you like to watch?

Black-smith: Who is in your pipeline and how many people of color in your pipeline are currently slated for leadership positions, leadership positions? I want to know how you are developing your people of color. You know, at Tuck, we run a number of executive programs. And I’m still appalled that in those classrooms there are mostly white men with a handful of white women and one or two people of color. What’s important is that not only are people of color in the pipeline, but that you are developing them for these key positions. I want to know how you recruit, where you recruit, what is your recruiting pipeline? And I want to know more about pay equity and pay equity. And do you do a salary analysis to make sure everyone is getting a fair wage? And again, this is done in terms of intersectionality. I need to see this broken down in terms of race and gender for each group. This is when I know that a business is serious, that it invests money in its strategic plan, puts the energy of people into developing its plan. It is extremely important.

Brancaccio: Sounds like you want this plan to be concrete – well expressed, specific, not general.

Black-smith: Not generalities. No “Well, we have employee resource groups and we do a lot of activities to make sure everyone is talking to each other. We want to know how you dismantle systematic discrimination and racism in terms of remuneration, advancement, promotion, in terms of recruitment. It becomes extremely important.

Brancaccio: It’s very specific. And you clearly want to see the results of that.

Brancaccio: And a whole other discussion about the diversity of the board itself, isn’t it?

Black-smith: Very, very true. And we are seeing changes in that. And I’m on LinkedIn, and I’m always happy to see new faces, if you will, who are getting on the boards of different companies. This is very important because there are a lot of talents who have the experience, the visibility and the history that can sit on the boards of directors. And if I can add one thing, a board member has to be a D&I expert. And by that I mean the diversity within the organization. What does it look like? What do the numbers look like? What are the different groups we need to think about? But once you bring in people from diverse backgrounds, then you have to ask yourself, how do you get everyone to play in the sandbox? How to create equity? Diversity and equity are two different things. And a board member has to have that kind of common sense and that kind of experience, if you will, to represent that voice and bring that wisdom to the table.

Brancaccio: The book you wrote with Stella Nkomo came out, I think it’s been 20 years since that success. It’s called “Our Separate Ways”.

Black-smith: Yes, yes, yes, I was just a puppy when this book came out.

Brancaccio: Exactly. I don’t think you were allowed to have a driver’s license so it’s been a while. But it’s called “Our Separate Ways: Black and White Women and the Struggle for Professional Identity.” And, I mean, I don’t want to be the only one pointing it out, it almost doesn’t need to be pointed out, there hasn’t been a revolution in this area in the 20 years since release. of this book. There was a gradual movement, I guess?

Black-smith: Yes. And it’s been back and forth. You see this for all women, including white women. There was not the kind of advancement that was needed. And in fact, it was blocked. For the last 10 years or so he has been really poor. So when white women are stuck and cannot move forward, black women are not even discussed. They are not even part of the discussion. Because too often when we say “women”, we really mean white women. All of the initiatives of the last 10 years around women have mainly centered, as we wrote in our book 20 years ago, around white women. And it’s not just black women. They’re all women of color, but black women stay at the bottom of the pecking order, if you will. And we have to change that because black women are powerful leaders. And you see that in women like [politician and voting rights activist] Stacey Abrams, in our current vice president [Kamala Harris], so why don’t we position them in such a way that they can be a driving force in the corporate world?

Brancaccio: So the renewed energy in the social justice movement that we have seen this year – which has the potential to move the needle on this issue that is so dear to your heart and to so many workers. Do you think the catalyst, do you think it is actually serving as a catalyst as we speak?

Black-smith: I’m worried about it. Because when we say “social justice”, we often exclude the private sector from that. And when the private sector gets involved, again it turns to the outside business, it’s not about looking at your own business and seeing what we need to do. A lot of money has been spent on diversity initiatives. But what happens is companies think if you tick the box, you’re done. The reality is, this is a box that needs ongoing oversight and accountability. And I think businesses are just realizing it. One of the things that I find very ironic is when I go into a company, where I could have worked, in that company as a consultant 10 years ago, I meet younger African Americans, men and women. women, who tell me, “Well, you know, we’re the first in this business. You know, we start this journey and we move the company forward. We move our business forward. The reality is no, you are not first generation. Ten to 1, you’re third generation, and your business has had this conversation. The sad news is that your business is still having this conversation.

Brancaccio: And you experience that extra irony, right? There is this wonderful news that your book from 20 years ago, with Stella Nkomo, “Our Separate Ways”, is being republished. It’s rare in the publishing industry, a 20th edition comes out in early August. But on some level, it’s a shame that we need to re-edit your book, isn’t it?

Black-smith: It’s sad. I mean, on the one hand, you’re ecstatic that this is happening. On the other hand, why do we still have to do it? Why do we still need to have this discussion? How is it that the research that was done 25 years ago is still so relevant today? Why is this the case? I think that’s an important part of the conversation that has to take place at the senior management level, that has to take place in educational institutions, you know, it has to take place on the non-profit side. It has to be done, quite frankly, at the government level, so that people really understand. Policy makers, we have to do drastic things in terms of education and recruiting people. We just have to understand that what we are currently doing is not working.