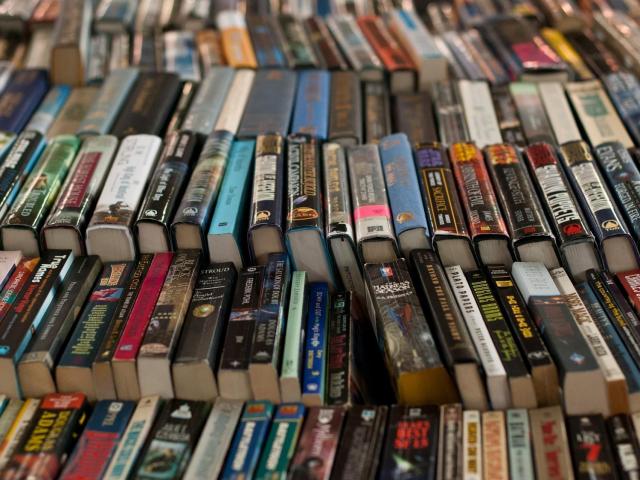 Raleigh, North Carolina – The gigantic book sales hosted by Wake County Public Libraries at the State Fairgrounds each May are over, at least for now.

Book lovers who look forward to annual sales know you can’t beat the prices or the ability to buy up to 200,000 books and media.

In previous events, prices have started at $4 for hardbacks and $2 for paperbacks, children’s books and media, with prices dropping each day of the weekend sale. On the final day, shoppers could take home boxes of books for $3.

The event was canceled in 2020 and funding was cut in 2021 due to the COVID-19 pandemic, but even once large gatherings can be held safely again, the library’s assistant director, Ann Burlingame said it was unclear whether the sale would return.

According to Burlingame, the sales are extremely expensive to produce, costing the library about $200,000 a year, and not all expenses were recouped in the sale. When the county was forced to make budget cuts during the pandemic, Wake County Public Libraries began using ThriftBooks, an online vendor, to sell their surplus books instead.

While she loves the sale, Burlingame explained the cost of making the annual sale add up quickly, including costs for things like book storage, facility rental and outside labor. The sale also requires many staff hours to prepare and organize the sale, and the library hires movers to load boxes of books onto pallets and transport them to the fairgrounds, she said.

ThriftBooks handles all surplus books, regardless of condition, eliminating the need to pay for recycling.

“They’ll take it all,” Burlingame said.

Most of the books donated to Wake County Public Libraries over the years are gifts from the community.

“Nobody wants to throw a book away, which is great,” Burlingame said, but some of the donated books are in too bad condition to sell. ThriftBooks will destroy and recycle them at no cost to the library.

The library is making more money since switching to ThriftBooks, which helps fund county programs and services.

ThriftBooks recently sold a book for $138, a rare copy of “Starliners,” which Burlingame said its staff would not have recognized.

“We just wouldn’t know [it’s rare]. It’s not our expertise,” she said.

Burlingame knows the sales are special and said the library supports the idea of ​​bringing back a book sale in the future, even though it may look different.

“The thing about selling books is that it’s really something that the community appreciates,” she said. “The library helps to bring these books to life, to give them a second life.”

One person who will miss the event is mother-of-two Ashley DeMichele. She’s been on sale multiple times and loved that she featured books from multiple libraries that she couldn’t find elsewhere.

“You just walked along the tables and looked for books you were interested in,” she said. “You really don’t get to look at that many books.”

DeMichele bought books from ThiftBooks. She loves the website, but hopes the in-person sale will eventually happen again.

“I always have a list of books I want to buy that I keep in my wallet,” she said. “I’ve probably been there a couple of times during a sale, in case I missed something. I think just knowing these books are available to me and looking through the books makes me will certainly be missed.”

DeMichele also appreciated the crowd at the event, saying she hopes it will encourage her son to read.

“When we went to those book sales it was so busy, it showed him that a lot of people love books and that books never end – it’s not just something you do when you you’re a child,” she said.