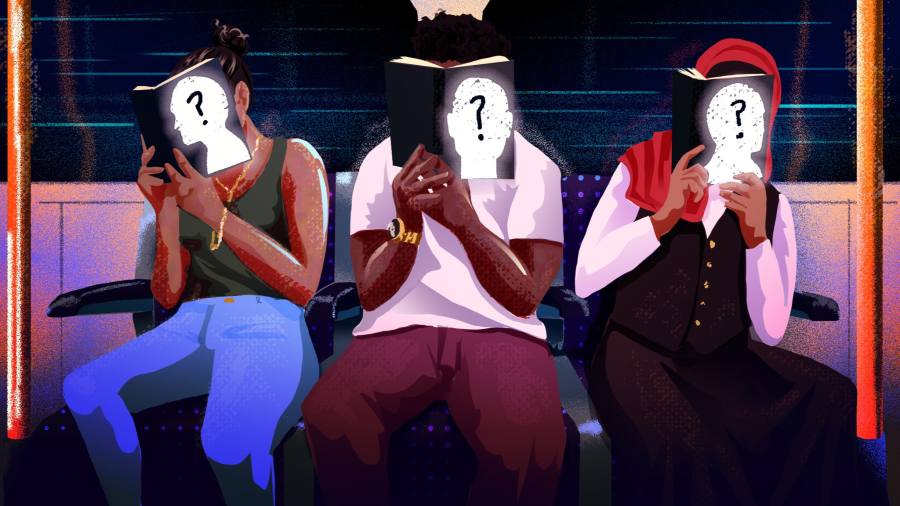 Last month, American politician and former Georgia House of Representatives Stacey Abrams released her first thriller, While justice sleeps. Although best known for her political career, Abrams had previously published eight romance novels under the pseudonym Selena Montgomery, which have sold over 100,000 copies.

His latest book, a “thriller” set in what is now Washington DC, is already ready for a small screen adaptation. He follows Avery Keene, a young cleric who becomes legal guardian by proxy for Judge Wynn, after his rare illness leads him to a coma. In no time, Keene uncovers clues to a dangerous Wynn secret and a conspiracy that is infiltrating the highest governing powers. But does she have the courage to expose the truth?

Abrams’ literary accomplishments are a source of inspiration, but for many people of color with similar ambitions, the odds of success are slim.

Since the murder of George Floyd in May 2020, there has been a wider recognition of the lack of diversity in the UK publishing industry. A report released in February by the UK’s Publishing Association noted that the representation of people from black, Asian and minority ethnic groups has remained at around 13% since 2017, just below the UK population of 14%, but many argue that ‘there is a bigger story to tell.

If they don’t believe they can sell your books as much as an “Englishman” then this is a good choice. [not to]

A report by Anamik Saha and Sandra van Lente last year questions the hypothesis that efforts to diversify the workforce lead to more diversified production. “Rethinking ‘Diversity’ in Publishing,” which covered literary fiction, crime / thriller, and young adult genres, noted that while publishers would like to publish more writers of color, they have expressed concerns about what they saw it as a “lack of ‘quality'” and that books by people of color were “considered a business risk”.

Leye Adenle, Anglo-Nigerian writer and author of The beautiful side of the moon – a sci-fi thriller inspired by “age-old African traditions of storytelling” – argues that publishers unwittingly act as gatekeepers. “If they don’t believe they can sell your books as much as an ‘Englishman’ then it’s a good choice [not to]. “

Factors – including audience assumptions and concepts of “quality” – explain to some extent a historical lack of diversity in detective fiction and thrillers. Unlike fantasy, sci-fi and romance genres – which tend to have a wide margin of flexibility and innovation – detective fiction and thrillers have, over time, developed more rigid conventions of form, structure and characterization.

Abir Mukherjee, who grew up in Scotland, is the author of the hit crime series Sam Wyndham. Set during the Raj’s time in India, his books follow Captain Sam Wyndham, a former Scotland Yard detective recruited into the Calcutta Police Department as he struggled to deal with his traumatic experiences of WWI.

Less than three months after starting his career as a police writer, Mukherjee won a writing competition and signed a contract for his first novel, but he is well aware of the challenges. “The publishing industry reflects a narrow section of British society,” he says. “The fiction is skewed towards ABC1, the older middle class women.”

The publishing industry reflects a narrow section of British society

Mukerjee decided to run a test that pitted ethnic and “religious” minority names such as “Mohammed” against British / American names. Readers received newsletters with tailored book blurb that featured one of 10 names with the option to click for more information. “The click-through rate for white names was significantly higher than for ethnic minority names,” he says.

While some writers attack discrimination by using Anglo-Saxon pseudonyms, others do not want to hide their identity. “My last name is Braithwaite, if I use my initials no one will know I was black,” says Anglo-Nigerian author Oyinkan Braithwaite. His first novel, My sister, the serial killer – a thriller set in today’s Lagos – won the 2020 British Book Award for Crime and Thriller and has been translated into 30 languages. Now Braithwaite says she’s glad she used her real name, but she’s not sure if the temptation to use a pseudonym was an unconscious desire to avoid discrimination or ambiguity.

Mukherjee describes his background as “dealt with in one fell swoop,” encompassing the British, Asians, Scots and Bengalis. “I was going to write my books from two points of view, the Englishman and an Indian, the Bengali,” he says. “But I didn’t feel confident enough to write in a native Indian voice.” So he decided to focus on Sam Wyndham.

If the publishing market is aimed at a white audience, it’s no surprise that the writers and their characters reflect this. Earlier this year, The Bookseller scanned the catalogs of the “Big Five” UK publishers and selected freelancers, and found that only 2.5% of featured authors and illustrators were Black Britons. But changes are underway. In the United States, for example, several new brands have been launched with a focus on the works of writers of color, including Legacy Lit de Hachette, directed by publisher Krishan Trotman, which will release its first books in January 2022. This follows the 2017 launch of Little, Brown Book Group’s Dialogue Books footprint in the UK.

Dahlia Books, created by writer and editor Farhana Shaikh, is a UK-based press that focuses on fiction and advocates for regional and diverse writers. “Editors are always on the lookout for the next big thing,” Shaikh says. “It’s a mistake when investing in diverse writing talent, because we need writing to be judged on its own terms rather than through the lens of exceptionalism.

“We certainly see the work of writers of color being celebrated on the world stage,” she adds. “However, we need to do more to actively defend translated fiction to ensure that writers around the world who do not write in English can also benefit from a wider audience.”

Last month, Penguin reissued five novels from Chester Himes’ Harlem Detective series – tough detective novels Himes wrote in the 1950s and 1960s – bringing the work of this oft-overlooked writer to a new generation of readers. It is a timely reminder of the demand for more diverse voices in genre fiction, from the present but also from the past.