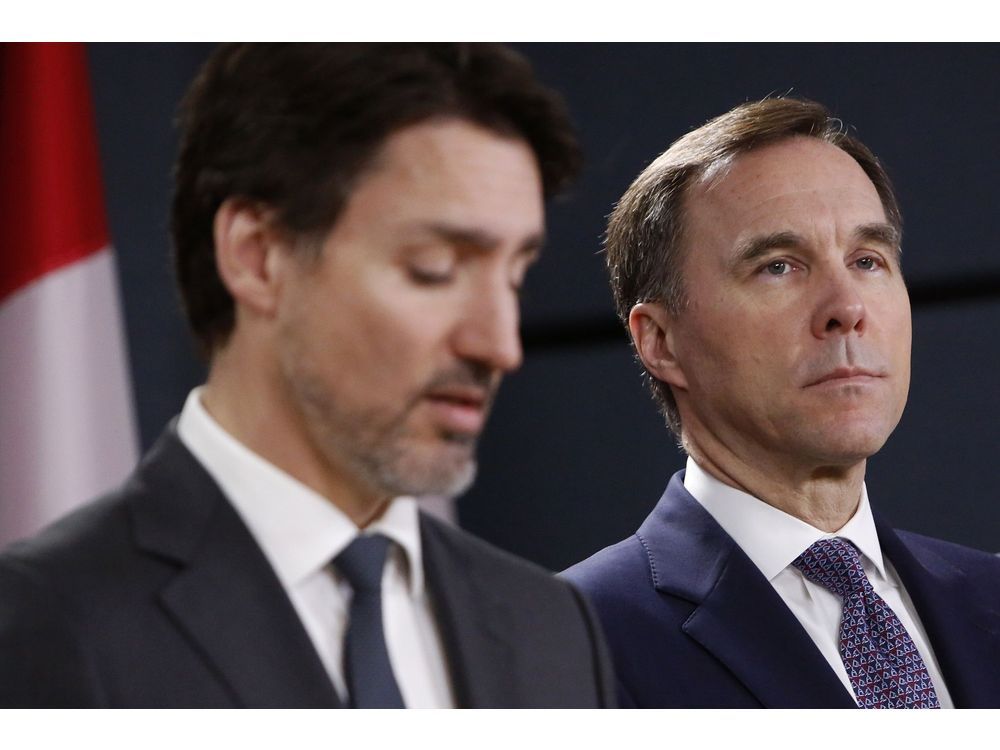 (Bloomberg) – Prime Minister Justin Trudeau’s former finance minister has defended the Liberal government’s response to the start of the pandemic, saying policymakers got it right, even if there are questions about the cost .

Bill Morneau, in one of his first media interviews since leaving politics in August 2020, played down the differences he had with Trudeau when he left, saying the prime minister gets credit for acknowledging the scale of the crisis and the scale of the stimulus needed.

The former Bay Street leader quit two years ago after a rift with Trudeau erupted into public view, in part over Covid-19 politics.

“We can debate the size and duration of the benefits we’ve given to people and companies,” Morneau told the Bloomberg Canadian Finance Conference on Wednesday. “What we can’t argue with is that – you know, again, the Prime Minister here is to be congratulated and I totally agree with him – that we need to provide strong support to people and to businesses as they faced a huge challenge.”

Morneau declined to comment on the reasons for his resignation, except to say his five years as finance minister were “long.” Trudeau appointed Chrystia Freeland in her place as the Liberals embarked on Canada’s most decisive leftward shift in economic policy since the 1980s.

Morneau said he would have more to say about the “details and dynamics” of his departure in a book he wrote about his tenure. Titled “Where to Go From Here: A Path to Canadian Prosperity,” it is due to be published by Toronto-based ECW Press in January.

“It’s a combination of talking about my experiences in public life, so a bit based on memoir, but really my observations of what we need to think about as a country moving forward to make sure that we continue to have the kind of prosperity we know we need,” Morneau said.

In a widely covered speech to a Toronto business audience in June, Morneau argued that political incentives in the country work against finding long-term solutions to the country’s lagging competitiveness. He also said he was unable to galvanize his own government to tackle what he called Canada’s fundamental economic problem.

Morneau — who was executive chairman of Morneau Shepell, a human resources consulting firm now called LifeWorks, Inc., before entering politics — reiterated some of those concerns in the Bloomberg interview. He said he was not trying to criticize Trudeau, but rather to point out the broader struggles that all governments currently face in a world where short-termism abounds.

“The challenge moving forward is to constantly focus on how we think we will increase our productivity as a country,” he said. “It is not a criticism of this government, it is an observation of the challenges of the government today.”