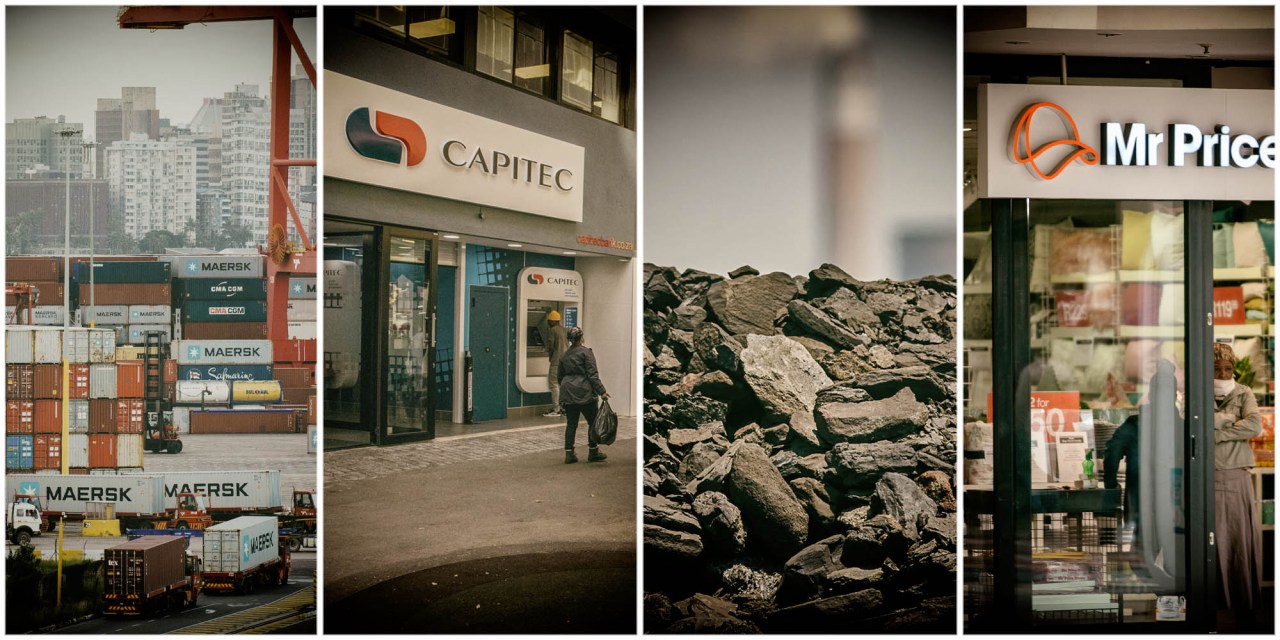 Transnet does not control its i…

Critical companies in our mining and resources sector have been sounding the alarm about Transnet for several months now. With struggling infrastructure and the usual government failures, our ability to profit from the global commodity boom has been hampered by railroads and ports.

In 2021, 58.3 Mt of coal was delivered to the Richards Bay Coal Terminal, compared to an annual capacity of 77 Mt. In other words, we missed nearly a quarter of export capacity.

Our economy has managed to keep the lights on despite Transnet. Export prices for coal and other minerals have been high and we can see the benefits of this in improving our financial health and in the strength of our currency.

On Thursday, Thunela and Exxaro announced that Transnet had sent them force majeure notices on the 8th April. The factors “beyond Transnet’s reasonable control” relate to vandalism on the coal line and ongoing legal proceedings over irregular locomotive acquisition and maintenance contracts. I suppose we could have long arguments over exactly who is under control, but that won’t help the situation. Exxaro has previously indicated that its attorneys disagree with Transnet’s assessment of a force majeure scenario.

Transnet wants to exit existing contracts with coal exporters and negotiate new five-year agreements by the end of June. Thungela and Exxaro don’t seem too bothered, as the practical difference to Transnet’s current underperforming stance is limited. That didn’t stop Thungela’s price from catching a wobble after a long bull run, dropping around 8.5% during the day before recovering slightly to 5.7% in post trading. -noon. Exxaro is trading slightly higher.

The importance of the macroeconomic operating environment for local businesses can be seen in last week’s credit rating announcements. Based on Moody’s change of the South African sovereign outlook from negative to stable, several local businesses and banks experienced the same outcome.

When it comes to credit, large corporations cannot escape the problems plaguing the wider economy. A lower credit rating means higher borrowing costs, which negatively impacts everything from job creation to shareholder returns.

Another financial disaster in KZN

The province with stunning coastlines and warm ocean simply can’t take a break. While the riots are still etched in our memories, terrible floods caused many loss of life and damage to the economy.

The announcements began on Wednesday, with Sappi being the first to announce that production at three factories had been halted. Fortunately, there does not appear to have been any physical damage to the property.

Speaking of ownership, Fairvest has done well, with no structural damage to its KZN portfolio despite owning 16 assets in the province. Fortress REIT suffered flood damage to four of its properties, representing approximately 2% of its total portfolio.

Hulamin is based in Pietermaritzburg and has seen its liquid petroleum and compressed natural gas supplies affected. Fortunately, this was a temporary issue as supply was restored and operations returned to normal.

Pepkor was not so lucky, with PEP’s distribution center in Durban sustaining major damage. Of course, the riots have taught retailers that supply chain contingency plans are essential, so PEP will find a way to make it work using distribution centers in Joburg and Cape Town.

Depending on how long riot insurance claims have taken to settle, this will put more pressure on balance sheets. As usual, small businesses will suffer the most.

With a R3.3 billion acquisition of a 70% stake in Studio 88, Mr Price is moving into a new segment of fashion that targets ambitious customers with designer clothes. The group with the red cap wants to become the largest distributor in Africa, an impossible objective without acquisitions.

After acquiring Yuppiechef and Power Fashion, the latest deal for Studio 88 represents 6% of Mr Price’s market cap. The multiple of the transaction is not demanding, at just over 6x EV/Ebitda based on the Ebitda of the last 12 months. Studio 88 is a cash-only retailer, so there is a strategic fit with Mr. Price’s existing model.

Capitec out of breath?

Capitec now lags significantly behind other banks this year in terms of share price performance. It suffered a nasty selloff over the past week despite reporting results with growth on key indicators, although investors would do well to watch the cost-to-income ratio, which has risen significantly.

The problem is that the valuation is absurdly high and a correction was long overdue. The net asset value per share is R308.88 and the share price is trading at around R2,167 per share even after the correction. Regardless of the strength of Capitec’s core business, a price/pound of 7x in this economy is very difficult to justify. BM/DM

After years spent in investment banking by The Finance Ghost, his mother’s dire predictions have come true: he has become a ghost.