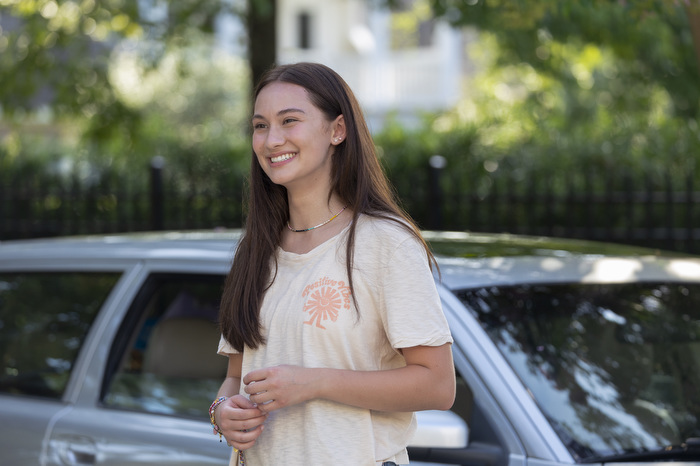 “The Summer I Turned Pretty,” a screen adaptation of the young adult book series of the same name, quickly catapulted to number one on Amazon Prime Video after its June 17 release. The novels, written by Jenny Han – creator of the hit “To All The Boys” trilogy turned into a film franchise – are very popular with fans. All three novels were at one point number one on the New York Times bestseller list. At the center of the series is 15-year-old Isabel “Belly” Conklin, who returns to the fictional Cousins ​​Beach to spend the summer with her mother and older brother Steven. They are joined by family friends: mother Susannah “Beck” Fisher and her two sons, Conrad and Jeremiah. While the heart of the story is a love triangle between Belly, Conrad, and Jeremiah, the series delves into coming-of-age themes, tackling heavier topics such as illness and loss, through its series of seven episodes.

At first glance, its popularity may seem unfounded. Love triangles can feel outdated and clichéd, especially when they center on two brothers, one with a stereotypical older and protective personality and the other younger and more adventurous. “The Summer I Turned Pretty” subverts the simplicity of the story, focusing more on what makes the show special – Belly is the shining center of the show and its success, despite the lure of chiseled and endearing love interests .

Actress Lola Tung brings a natural charisma and joy to Belly’s character, making her immediately likable and relatable to audiences. Belly knows what she wants and is determined to get it. She spends her summer as she wishes, resisting pressure from her mother, Laurel, and even her love interests. It’s easy to root for Belly, and over time the show has garnered both admiration and empathy for her. When Steven is upset that she is pursuing Jeremiah despite her childhood crush on Conrad, Belly scolds him, explaining that she’s the one making the decisions about his love life, not someone else. The timing is satisfying, especially in light of Belly’s experiences with Conrad, where her emotions come after his own.

She doesn’t hog the screen, either: there’s plenty of room in the narrative to feature a strong supporting cast. Among the most compelling characters are Laurel, played by Jackie Chung, and Susannah, played by Rachel Blanchard. As childhood friends, their bond and love for each other is the foundation of their children’s summers in Cousins, and the chemistry between them is as warm and believable as lifelong companions. Watching them order Long Island iced teas and relive their college years at a local bar was truly heartwarming, a perfectly bittersweet moment in light of Susannah’s battle with cancer.

Moreover, the love triangle works in part thanks to the equality of the two brothers. For viewers who hadn’t read the books, it may not have been clear who Belly would end up with, which lends some weight to the romantic drama’s emotional stakes. The two brothers are friendly and unfriendly as the story progresses, and it’s easy to understand Belly’s seemingly fickle approach to her romances with each. You love Jeremiah for his playful personality, but you can’t help but wonder what would happen if he hadn’t distracted Belly and Conrad with fireworks to keep them from kissing. After a series of flashbacks, audiences may swoon over the meaning of the infinity necklace Conrad buys for Belly, but the fact that he didn’t give it to her still stings. The show transcends a fatal weakness of most love triangles — the idea that it’s obvious who will actually be together by the end of the story — by maintaining what makes Conrad and Jeremiah’s romantic arcs complex.

While the story makes the show enjoyable, its distinctive atmosphere is just as important to the overall viewing experience. A key aspect of what makes “The Summer I Turned Pretty” memorable is how immersive it feels, and it accomplishes that through the music.

The series is notably supported by a soundtrack filled with popular artists and songs. Everything from Wheatus to BLACKPINK is featured throughout the seven episodes. It’s almost impressive how many hits fit into the series without their inclusion feeling forced or overbearing. Taylor Swift, who re-recorded “This Love” to appear on the soundtrack, is a notable influence on the show itself. The inclusion of his work feels integrated, almost too good to be true. Han talked about Swift influence on the novels, and it shows in how natural the inclusion of songs, such as “False God” and “The Way I Loved You (Taylor’s Version)”, feels. Bon Iver’s “Beach Baby” and Phoebe Bridgers’ “Funeral” make perfect backdrops for the show’s more emotional scenes and are effective in touching viewers’ hearts. Given that the majority of the show’s music is wildly popular, it’s easy to see that the series will serve as an auditory time capsule in future rewatches.

Another win for the series is the immersion of its setting, Cousins ​​Beach. The fact that it’s a fictional town is easily overlooked when presented with picture-perfect beaches, nautical-themed interior decor, and bonfire parties and distinct northeast back roads. It sounds like a place you know, or at least a place you’ve already been told about in the tale of an idyllic summer vacation.

Cousins ​​is to the viewer what it is to the characters themselves: an escape from reality. While maintaining a beachy, watchable feel, the series offers viewers a glimpse into the darker sides of the characters’ lives. It balances teenage innocence with grief, coming of age with acceptance. That emotional weight helps “The Summer I Turned Pretty” stick on the landing and capture viewers’ attention. Already greenlit for a second season on Amazon Prime Video, the series has the potential to grow and flourish, with two more books of material to cover and a growing fanbase eager to spend more summers at Cousins.

Editor’s note: This article is a review and contains subjective opinions, reflections and criticisms.