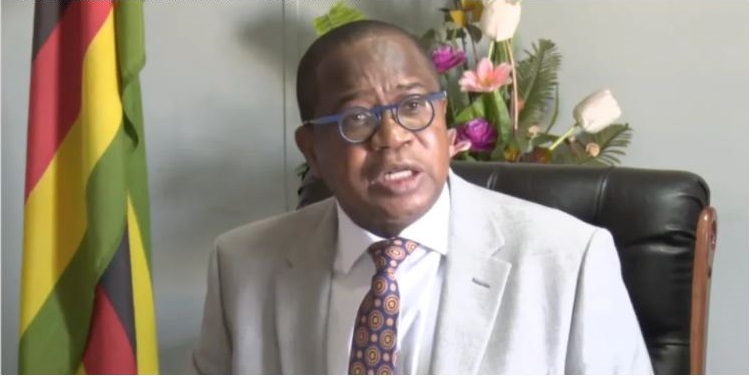 The Ministry of Finance presents measures to fight against inflation

According to state media, the Minister of Finance and Economic Development, Professor Mthuli Ncube, said the government now pays contractors for major infrastructure projects half in US dollars and half in local currency. local currency payments being staggered to avoid the temptation to try to convert a solid payment into local currency on the black market.

The two legal methods of buying foreign currency, whether at auction for large corporations and on the interbank market for willing buyers and sellers through banks, have been closely aligned for three weeks now and, although rates continue to rise, the rate of increase is not nearly as severe.

Responding to questions after the weekly Cabinet meeting in Harare last night, Prof Ncube said the main reason the exchange rate was rising was due to speculative issues arising in the market.

But the government is taking steps to ensure that, in its financing of infrastructure projects needed for development, it does not contribute to economic volatility and inflation.

On most of these projects, he has contracted local and foreign companies who receive large sums of Zimbabwean dollars which they offload on the parallel market, causing exchange rate volatility.

“What’s driving the exchange rate is speculative behavior and some monopoly actions that we’ve seen. We have two critical steps; one is to pay contractors using the following formula: 50% in US dollars , then 50% in Zimbabwean dollars,” Prof Ncube said.

The finance minister said the government has taken these steps and established a liquidity committee made up of his ministry and the Reserve Bank of Zimbabwe to monitor and manage liquidity across the economy.

“We have also worked to address speculative behavior by making sure to eliminate the movement of funds and transactions within third party accounts or accounts involving trust accounts. We will tighten that window,” Prof Ncube said.

The speculative behavior of some rogue elements, who borrow from the banks, spin the money and crash the local currency by offering to pay more for US dollars so that they repay the banks less, has contributed to the rise in price.

This situation has been aggravated by geopolitical developments in Eastern Europe where Russia is carrying out a special military operation in Ukraine, triggering price hikes around the world, including in Zimbabwe, as supply chains have been dramatically affected.

Zimbabwe has to manage without balance of payments support and Prof Ncube said the country therefore uses a hard currency, the US dollar, as one of its transaction currencies, but it is a global currency.

“All of this impacts behavior in terms of preference for the US dollar versus the Zimbabwean dollar,” he said.

As part of the price stabilization measures, the government has also allowed certain commodities to be imported duty-free for six months by those with free funds to ensure reasonable prices, a measure that can cope with rising prices.

“Citizens and other concerned people can bring these goods duty-free and help improve the upward price movement,” Professor Ncube said.

“We have seen the impact since we did this at the same time as the suspension of lending in the banking sector. What we have done is called the regulation of macro certificates. An investigation is underway to ensure that those who have broken the law are brought to justice accordingly.

Some of the measures have already started to bear fruit and yesterday prices, at least in foreign currencies, had started to fall slightly as a result of duty-free imports.

Cooking oil, which had risen in price to US$7 before the government intervened, now sells for between US$4 and US$5.

Some rogue retailers who benefit from the duty-free policy continue to profit by charging exorbitant prices for their products.

2022-05-31
Previous Post: Respect the checks and balances of law enforcement
Next Post: Increase in sales of physical books on digital retail in Italy