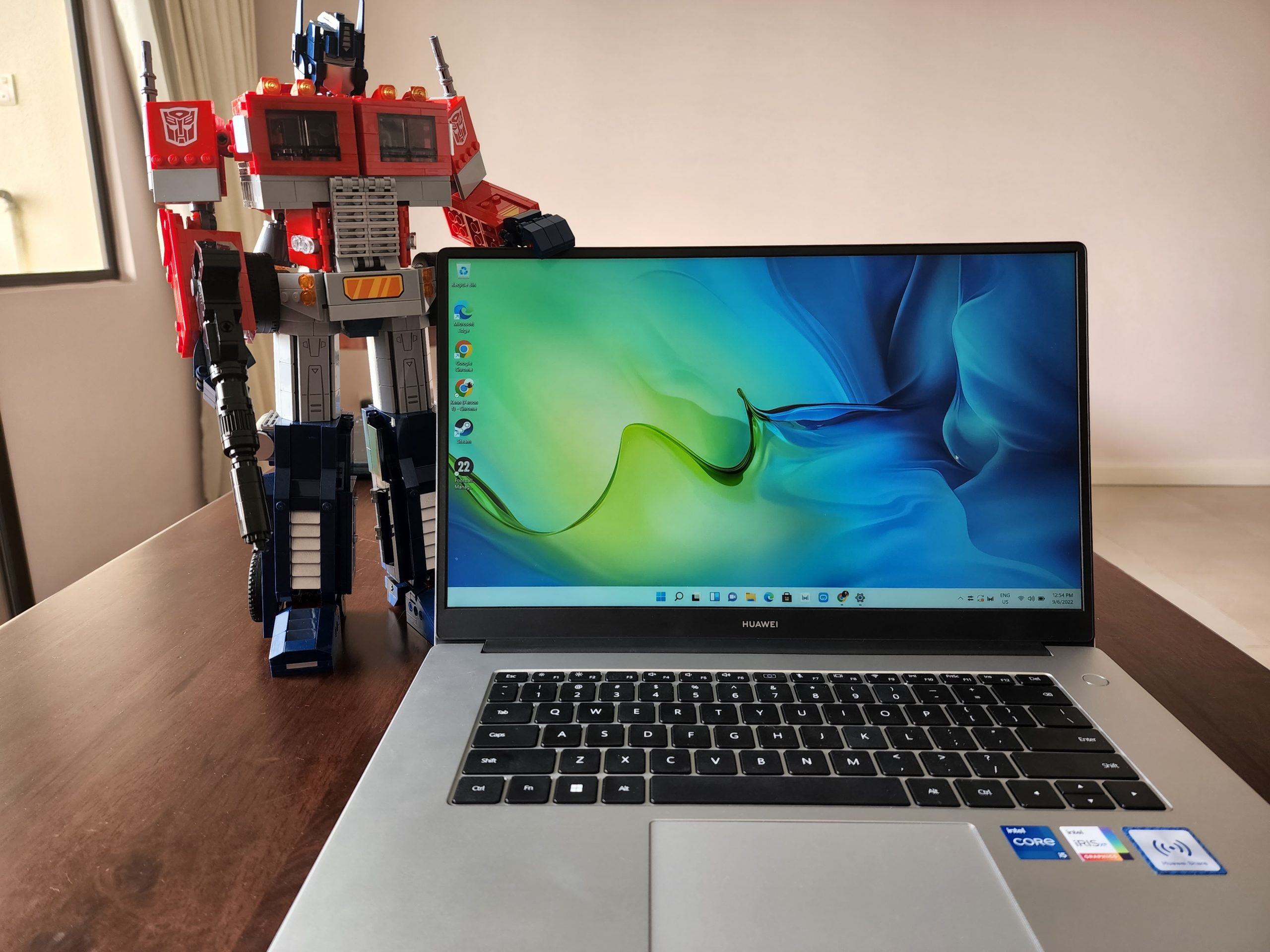 When it comes to work laptops, the 2022 release of the Huawei MateBook D15 checks all the good boxes one would look for from an everyday workhorse. It’s sleek, comes with a bright screen, highly portable, and best of all, easy on the wallet.

In a world where even the price of a plate of chicken rice is skyrocketing, being able to pick up a reliable laptop without breaking the bank is a godsend.

But before we go any further into the review, let’s talk about the elephant in the room, shall we? Yes, at a glance the D15 looks a lot like a Macbook, but who’s complaining? Once you factor in the price difference and what the MateBook has to offer, all that prejudice is instantly outweighed by the practicality of Huawei’s offering.

The sleek metal body adds to the overall premium look, but be warned – all you need is a stray coin to wipe out that pristine look from the outside. While it’s not really a fingerprint magnet, it does tend to pick up smudges quite easily, especially when transferring between your carry bag.

It must be said that like the MacBooks that inspired the MateBook range, the D15 is elegant and light to carry. Weighing just over 1.5kg, you’ll have no problem lugging it around town. The screen opens to an almost flat configuration, stopping just at the 178 degree angle. Certainly not a trait that will sway or deter potential buyers, but I thought it was worth pointing out.

Personally, I’m not too fond of the high-end finish as I prefer the more utilitarian approach. Ruggedness dominates style any day of the week. Another downside of just looking like an Apple product is that it increases the likelihood of the MateBook getting snagged on your table at the neighborhood coffee shop tenfold.

The most important aspect of being a daily workhorse is a good keyboard layout. And thankfully, the D15 didn’t disappoint.

Moving on from my daily driver which is the Lenovo Thinkpad T480 which has an excellent keyboard, I have to say that I didn’t encounter too many acclimatization issues with the D15. Oddly enough, more than your typical Windows user, it’s those porting from a Macbook Air or Pro who would instantly feel at home due to the “inspired” keyboard layout. From keystroke feel to distance between keys; everything is nearly indistinguishable when typing on a Mac.

All is well. Almost. As with most Mac keyboards, my main issue is the half-size up and down keys in the bottom right. This is your chance to differentiate yourself, Huawei. Do something about it. Credit where it is due; the trackpad is excellent, as is the ON/OFF button and the fingerprint reader which sits in the top right corner of the keyboard layout. Nothing to say here.

What’s worth complaining about is the lack of ports as the D15 only comes with three USB ports, one HDMI and a 3.5mm headphone jack. I guess being in the ultrabook categories, something has to give. And just like the MacBook Air, the lack of ports can be a deal breaker for many.

The D15 sports a reasonably bright 15.6-inch screen, which is sufficient for outdoor shooting except for the brightest lighting conditions. I wish the bezels were slightly thinner though. The stark black bezel makes the ultrabook look like it’s from the mid-2000s.

It’s definitely not a machine you want to play Valorant or any latest game for it. However, it will tolerate hardware compatible titles such as Football Manager with minimal graphics.

However, something peculiar happened. The estimated standby time dropped quite quickly as the battery percentage dropped, even by several percent. 1% battery life doesn’t equate to more than two and a half hours of standby time, does it?

However, based on my daily use, the machine runs between three and five hours on average before I start looking for the charging cable, although your mileage may vary.

Speaking of charging cables, the D15 is powered directly through a USB-C port, which is convenient especially for Android phone users. A huge power adapter is included in the box but what we don’t like is the length of cable that comes with it. Obviously, it’s several feet too short.

If you’re looking for a reliable workhorse and share the similar design philosophy and style of a MacBook but are strictly tied to the Windows ecosystem, look no further: the MateBook D15 should be a strong contender in your shortlist.

A review unit of the MateBook D15 was sent to us for review. Specifications of the test unit; i5/8GB/512GB with the RRP of RM3099.