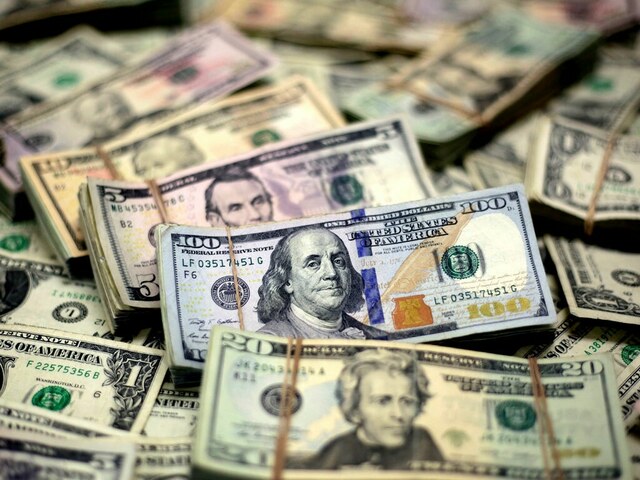 The dollar falls from a high in 20 years – Business & Finance

NEW YORK: The dollar eased from a 20-year high on Friday after data showed the pace of U.S. hiring rose more than expected in August, but wage growth moderated and unemployment rose, giving the Federal Reserve room to maneuver when it raises interest rates later this month.

The U.S. economy added 315,000 jobs in August, the data showed, beating the consensus forecast of 300,000 jobs by economists polled by Reuters and marking the 20th straight month of job growth.

The dollar index, which tracks the currency against six peers, zigzagged after the report, in tight trade ahead of North America’s Labor Day long weekend.

“The non-farm payrolls being mixed was an excuse to post profits in the dollar soaring to 20-year highs,” said Joe Manimbo, senior market analyst at Convera.

The U.S. currency jumped to its highest level since June 2002 on Thursday, 109.99, and has been rising since Fed Chairman Jerome Powell said at the Jackson Hole symposium in Wyoming last Friday that rates should be high “for a while” to combat stubbornly high inflation.

“Overall, what we’re seeing is that the market is still bracing for potentially much more aggressive tightening from the Fed,” said Edward Moya, senior market analyst at Oanda.

Fed funds futures were flat after the jobs report and price a 75% chance the Fed will raise rates by 75 basis points this month, according to data from Refinitiv.

The European Central Bank is due to meet next week, with money markets betting on an unprecedented 75 basis point hike.

The pound fell 0.24% against the dollar to $1.1516, on track to end the week down around 1.9%. Britain’s new prime minister will be announced on Monday, at the end of the ruling Conservative Party leadership race, which could lead to further pound movements.

The dollar jumped above 140 yen for the first time since 1998 on Thursday.

2022-09-05
Previous Post: “Let Your Passion Drive You” – How Pritika Swarup Balances Self-Care and Success
Next Post: Finance Minister Sergii Marchenko signed an agreement with the EU which paves the way for Ukraine’s participation in the EU’s Fiscalis program