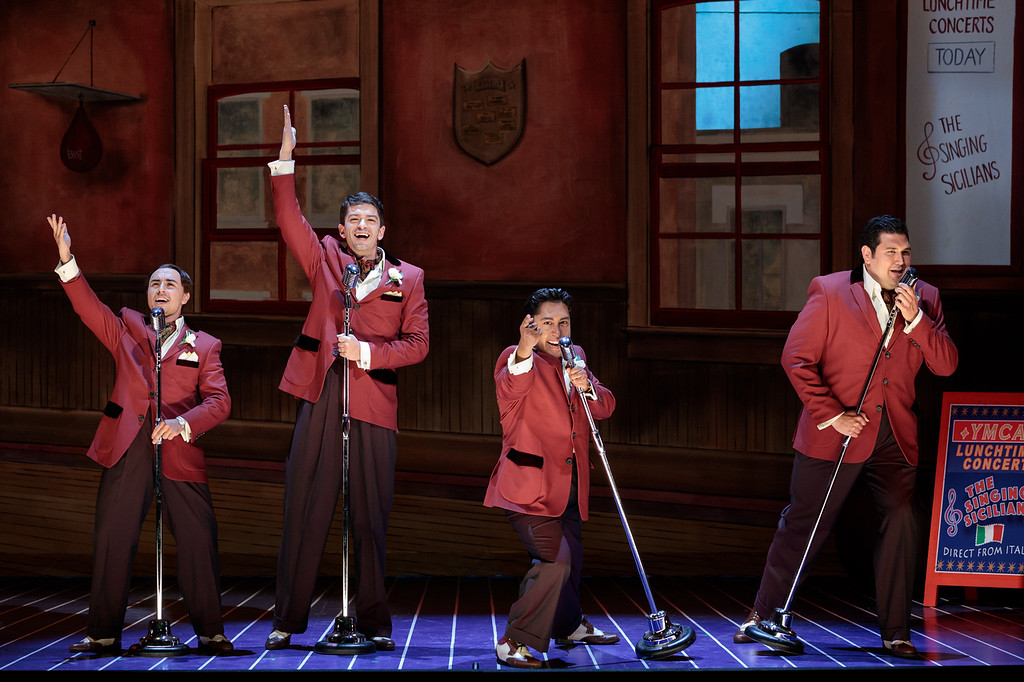 COOPERSTOWN — Music trumps comedy in “Tenor Overboard,” the jukebox opera that debuted Tuesday afternoon at the Glimmerglass Festival. The balance between Ken Ludwig’s fun lines and Rossini’s driving music is about right.

The action takes place on a cruise ship heading for Italy. Two young sisters pursue love regardless and along the way, the opera becomes the butt of many a joke – and there are some good ones too. When the second act opens with a performance of the Singing Sicilians, the ship’s captain promises a sample of opera seria, opera buffa, and ironic opera. He later announces an aria with a dozen Italian words in the title, which translates to, “I’m so happy.”

The arias and ensembles, drawn from multiple sources, provide ample belle canto material for the belle cast. Soprano Jasmine Habersham as Mimi displayed a fresh, appealing sound that flourished in the upper register. Mezzo-soprano Reilly Nelson, in the role of Gianna, sang with determination and beauty and also spoke with a Brooklyn accent straight “Moonstruck”. Their gently paced duet of “Tancredi,” coming shortly before intermission, was a musical highlight. As contenders, Fran Daniel Laucerica had a smooth, focused baritone, and Armando Contreras was an eager-to-please tenor.

Petronio, the earnest and swaggering father, was played with almost brutal force by Peppo’s bass-baritone Steffano. Angostura, a giddy starlet, spoke with a little mouselike squeal but sang with a rich, impressive sound. She’s also been given a delicious air of revenge, a welcome contrast to all the ardor and desire therein.

Designer James Noone’s crisp set featured a metal platform at the bottom and a few chimneys at the top. Lighting by veteran designer Robert Wierzel bathed the white stage in a rotation of cheery oranges, pinks and greens.

While the music was always treated with respect, Ludwig occasionally took comic license with the supertitles. Otherwise, how to explain “remote anchors” as a translation? It’s a pity that the spoken dialogue sometimes passes too quickly and that the key words of the jokes are muffled.

From time to time, pure stupidity took over the debates. Act I ends with a sort of beachball chorus, and the stage shakes during the storm in Act II, when the characters are joined by sea creatures. It was a cool and fun ride on a hot afternoon.

Joseph Dalton is a freelance writer based in Troy.

“Tenor at the Sea”

World premiere, music by Rossini and libretto by Ken Ludwig