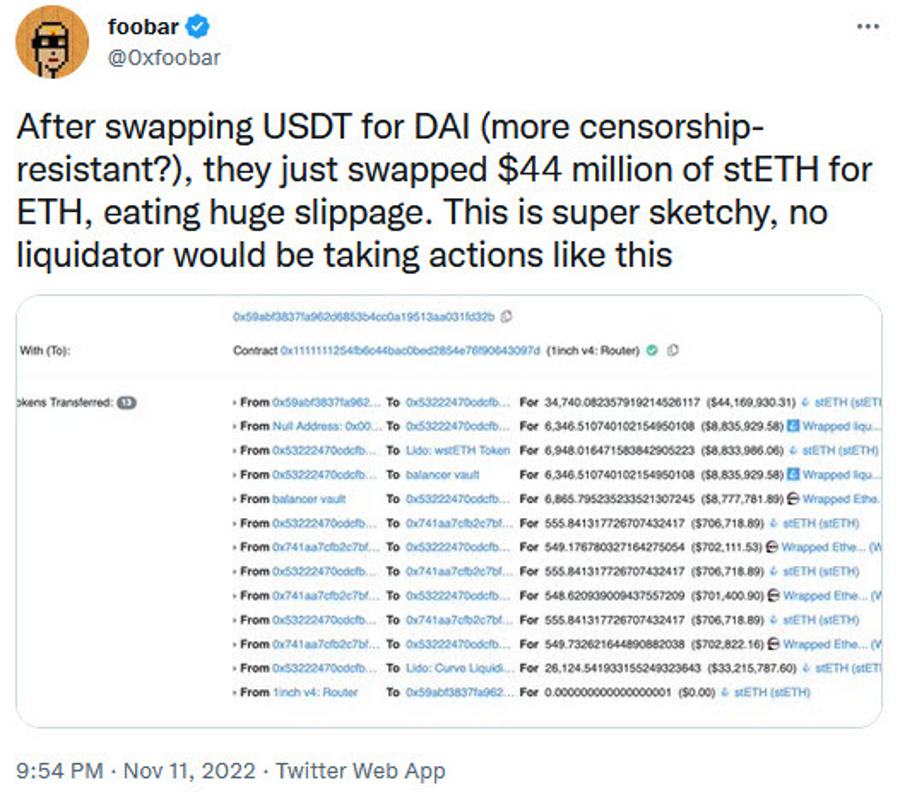 Hopes for anyone to withdraw money from FTX are dwindling after nearly $400 million was drained from the exchange on Friday night.

Crypto-watchers Noted that the money was first moved into Tether and then further down the chain.

FTX’s general board said it was “investigating anomalies with wallet movements” and a message was pinned to the top of the FTX telegram saying the exchange was hacked and removing FTX apps.

A later message from FTX lawyers said they had taken precautionary measures to move digital assets to cold storage. It is likely that this was in response to robberies in order to save the rest of the funds. Customers reported that balances were set to zero.

Upon subsequent review, FTX’s legal and finance teams also learned that Bankman-Fried had implemented what the two described as a “backdoor” into FTX’s accounting system, which was built using custom software.

They said the “backdoor” allowed Bankman-Fried to execute commands that could alter the company’s financial records without alerting others, including external auditors. This setup meant that the movement of the $10 billion in funds to Alameda did not trigger any internal compliance or accounting red flags at FTX, they said.

Another developing issue is a reported loophole in the Bahamian bankruptcy process that allows the withdrawal of domestic funds. With this, there is a trade-off between foreign money and local money, with funds being sold/drained to Bahamian accounts.

On the other hand, it may be the end of this guy.

“If there’s one place I can be, where I won’t get in trouble, it’s going to be at FTX.” 🤣 #bitcoin pic.twitter.com/StZrZLScJn