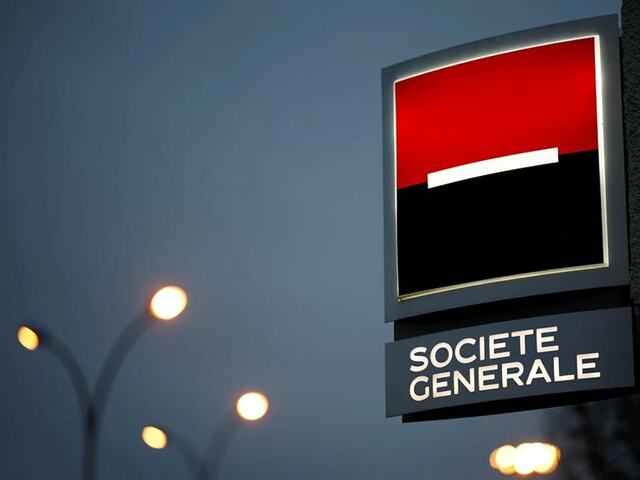 France’s third-largest listed bank said its net profit rose 3.4% to 842 million euros ($892 million) on revenue up 16.6% on the strength of its business. domestic retail branch and improved trade.

SocGen added that it plans higher provisions for loans downgraded due to the Russian-Ukrainian conflict.

The bank said it now expects this year’s cost of risk, reflecting bad debt provisions, to reach 30 to 35 basis points, or between $1.7 billion and $1.9 billion. euros. This compares to a previous forecast of less than 30 basis points.

These costs are in addition to previous impairments. The bank recently said it would leave Russia and is now selling its Rosbank business in the country, writing off about 3.1 billion euros.

Its French rival, BNP Paribas, had reported a 60.9% rise in equity trading revenue in the quarter and 47.9% in fixed income, currencies and commodities.

Jefferies analysts said SocGen released a “strong set” of results with all divisions above expectations, from retail banking in France to corporate and investment banking.

The exit from Russia nevertheless reduced the bank’s capital cushion. Its Tier 1 capital ratio, a key indicator of capital strength, was down to 12.9% at the end of March.

SocGen this month became the first major Western bank to announce its exit from Russia, with plans to sell its Rosbank unit to Interros Capital, a company linked to Russian oligarch Vladimir Potanin.

The €3.1 billion financial hit includes €2 billion in Rosbank’s book value, with the remainder related to the reversal of ruble conversion reserves.

Moscow calls its actions in Ukraine a “special military operation”.