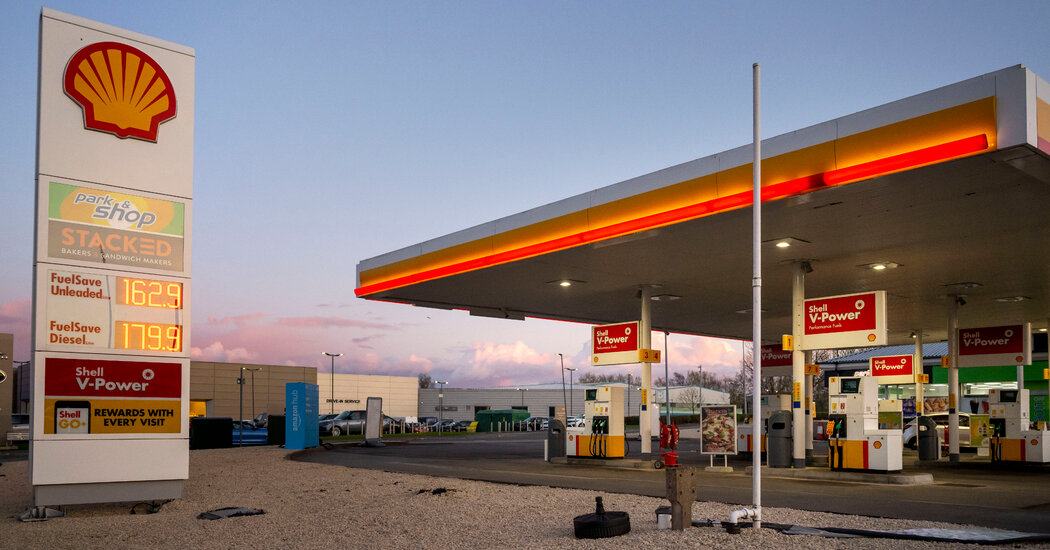 Shell, Europe’s biggest oil company, said on Thursday it was continuing to profit generously from oil market conditions that have motorists screaming.

In a trading update, the company forecast that the profit margin it made refining crude oil into products like gasoline and diesel nearly tripled in the second quarter to $28.04 a barrel, from $10.23 from January to March. . Shell said that would likely add between $800 million and $1.2 billion to the financial results to be released this month.

For the first quarter, Shell reported record profit of $9.1 billion, buoyed by high oil and gas prices. Analysts expect the company to post an even bigger profit, $10.8 billion, for the second quarter, according to FactSet.

Around the world, prices for petroleum products like gasoline and diesel are being pushed up by a lack of refining capacity that has been made worse by Russia’s export restrictions. These conditions are putting pressure on prices at the pump and on consumers, even as crude oil has fallen from its highs. Refining profits that Shell expects for the second quarter are more than six times higher than a year earlier.

Shell also said that due to higher forecasts for oil prices, it would mark up the value of certain oilfields on its books that it had previously listed. The company said the increases could add up to $4.5 billion to the value of those holdings. The company expects Brent, the international benchmark, to sell for $80 a barrel in 2023.

Soaring oil and gas company profits amid high inflation prompted the UK government to announce a windfall tax in the energy sector in May to help fund payments to households to mitigate pressure from rising prices.