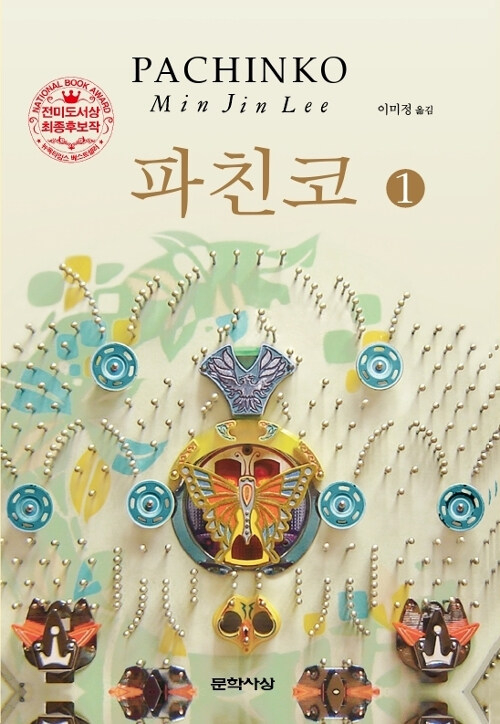 The cover of the translated novel ″Pachinko″ [LITERATURE & THOUGHT]

Following the release of Apple TV+’s Korean-language original series “Pachinko” on March 25, sales of the original novel from which the story was adapted have increased.

Online bookstore Aladdin said Thursday that sales of the Korean translated novel “Pachinko” increased 15.2 times between March 22 and 29 compared to the same period last year. The novel was published in 2017.

Korean-American author Min Jin Lee wrote the novel after living in Japan from 2007 to 2011 and interviewing many Koreans in Zainichi. The novel was named one of the 10 Best Books of 2017 by The New York Times. The story follows four generations of ethnic Koreans in Japan, known as Zainichi Koreans. Ethnic Koreans have always faced severe discrimination in Japanese society and were often only able to use pachinko – vertical pinball machines mainly used in gambling – parlors as one of their few livelihood options. About 80% of pachinko parlors in Japan are owned by ethnic Koreans.

The multi-generational story takes place in Korea, Japan, and the United States.

Apple TV+ released three episodes of the series on March 25. Consisting of a total of eight episodes, one episode will be released every Friday until April 29. Well-established actors such as Youn Yuh-jung, Oscar winner for the 2020 film “Minari,” and K-drama star Lee Min-ho in the series.