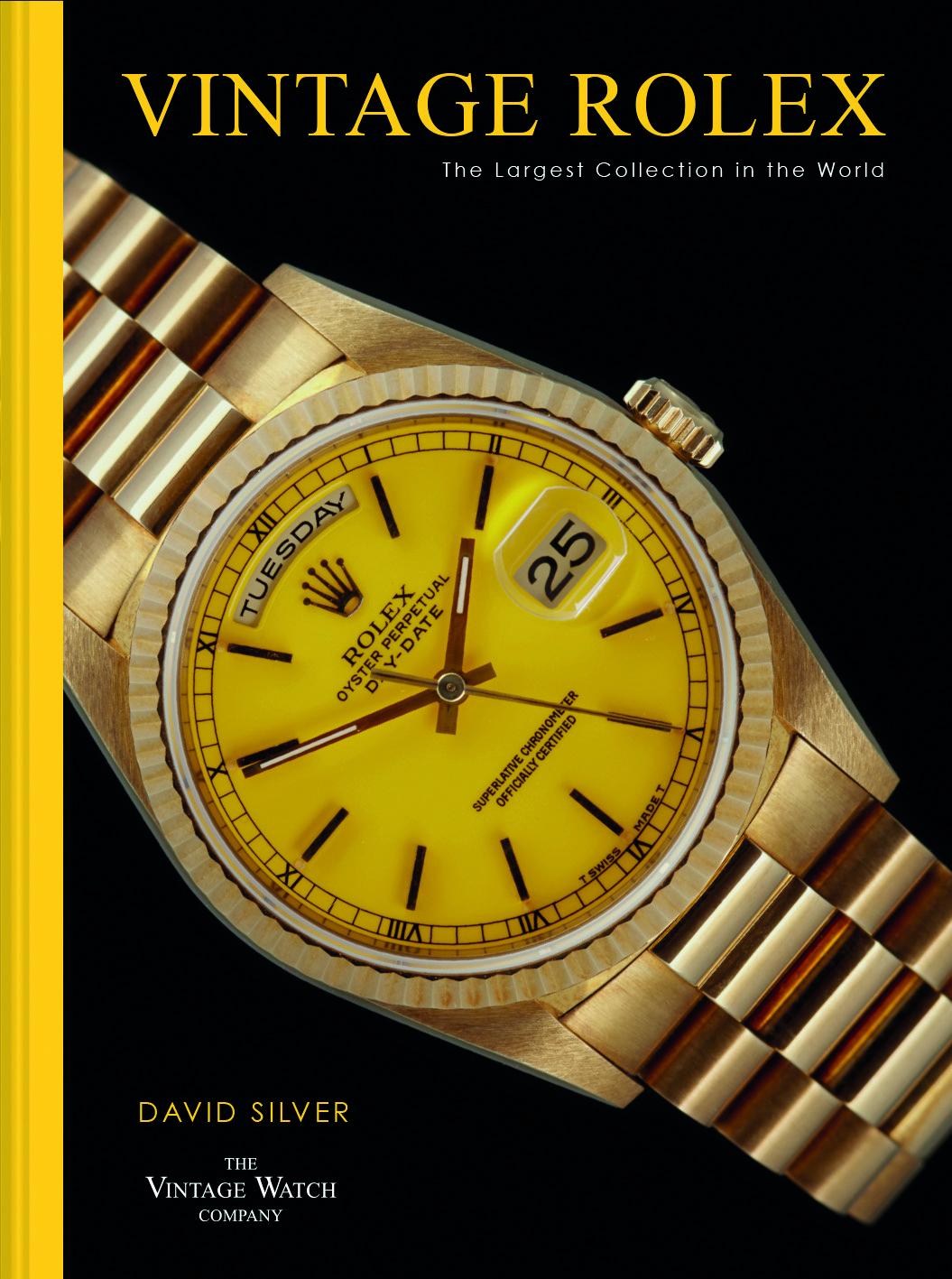 Founded in 1995, The vintage watch company carries more than 2,000 Rolex watches and includes the world’s largest collection of same exhibits. Located in London’s historic Burlington Arcade, the luxury shopping enclave that has existed since 1819, this watchmaking hot spot is owned by the father and son team of John and David Silver. Written by the latter, Rolex Vintage: the largest collection in the world, stands as an unprecedented pictorial archive of pieces that passed through The Vintage Watch Company from 1995 to 2020. Given the travel restrictions of the COVID-19 pandemic, browsing this richly illustrated book is clearly the best thing to do to make the pilgrimage to the Silver temple of watchmaking. Filled with illustrations and photographs collected from Rolex archives, as well as photographs of watches specially commissioned by Bruce Mackie and Charlie Sawyer, Rolex Vintage is an encyclopedic and graciously written large format tabletop book that will delight Rolex owners, aficionados and anyone interested in this legendary watch brand. Chronicle of his pocket watches, from pre-WWI wristwatches to the very first Submariners, racy Daytonas and jewel-encrusted Crown collections, the images and text in this book feature Rolex in all its innovative excellence and timeless glory.

Author David Silver’s personal passion for Rolex watches propels the history of Rolex Vintage, starting with his very first image. The man in possession of the world’s largest and best Rolex collection is pictured on the front page: a close-up of Silver’s wrist showing his 1966 Oyster GMT-Master with the faded red-blue “Pepsi” bezel on a bracelet. in alligator leather. The introduction tells how Rolex was founded under the name Wilsdorf and Davis by Hans Wildorf and his brother-in-law Alfred Davis in London, England, in 1905. Rolex has been honored since 1910, when one of its wristwatches obtained the Swiss Chronometric Precision Certificate from the Official Center for the Rating of Watches in Biel.

While this scientific seal of approval was a world first for what was then considered a fashionable timepiece, it boosted sales of the five-year-old company’s wristwatches. Seducing hunters, explorers, sportsmen and others looking for a precise and more user-friendly alternative to pocket watches, the appeal of the Rolex wristwatch increased exponentially when World War I broke out. A whole new population of enlisted men, officers and civilians saw the reliable Rolex as a necessity in wartime.

While the company had registered the trademark “Rolex” like its brand name in 1908, it became Rolex Watch Co. Ltd. in 1915. After World War I, Wilsdorf moved to Geneva, Switzerland, in 1919 because its economic climate was much more favorable to his type of business than war-ravaged Britain. In 1920, the name of the company was changed again to The Rolex Watch Company, and eventually it changed to Montres Rolex SA.

For example, did you know that the first approval of a celebrity wristwatch involved a female athlete? In 1927, the first British woman to swim the English Channel, Mercedes Gleitz, played a central role in helping to make Rolex a household name. When the famous long-distance swimmer was planning her next Channel crossing, Rolex made a deal with Gleitz to wear a prototype of one of her watches on a ribbon around her neck. While his second attempt at swimming in the English Channel failed, the Rolex which had been submerged for more than ten hours around his neck succeeded. It worked perfectly once Gleitz was back on dry land. Wilsdorf turned this waterproof triumph into a paid full page ad on the front page of the UK magazine Daily mail newspaper, describing the timepiece as “The wonderful watch that defies the elements”. And that’s how the first celebrity watch approval took place. (The tradition of Rolex celebrity testimonials continues, with everyone from the famous American filmmaker Spike lee to the Swiss tennis ace Roger Federer to American actor, singer, songwriter, rapper, producer and playwright Lin-Manuel Miranda known to wear and endorse Rolex watches.

Fun Facts About Rolex: The brand invented and patented the world’s first self-winding automatic mechanism with a “perpetual” rotor in 1931. (This rotor is present in all automatic watches today.) The Rolex Oyster Perpetual contained a semi-circular kinetic plate that used the movement of the wearer’s arm to tension the mainspring, making manual winding unnecessary. In 1933, Rolex developed a more efficient automatic winding mechanism. This became unofficially known as the “Bubbleback” because its new enlarged rotor required a more curved housing to house it.

During the 1950s and 1960s, Rolex developed watches capable of withstanding extreme environments. Their resilience and precision under pressure won the loyalty of cultural leaders as diverse as artist Pablo Picasso and bestselling author Ian Fleming, who noted that the hero of his James Bond novels wore a Rolex. After the first diver’s watch, the Rolex Submariner, which appeared in 1953, French marine explorer Jacques Cousteau wore this model in his 1954 film, The silent world. Cousteau continued to wear Rolex under the sea; in oceanographic television programs and in photographic essays for the rest of his life. While pop star / sex symbol Elvis Presley wore a Submariner in the 1962 film Girls, Girls, Girls, actor Sean Connery wore his own Rolex Submariner in the 1962 James Bond movie, Dr No. While the clergyman and leader of the American civil rights movement, Dr. Martin Luther King wore a yellow gold Datejust with champagne dial and fluted bezel, the visionary artist, independent filmmaker and author Andy warhol also wore Rolex.

111 years after the creation of Rolex, the book Rolex Vintage presents itself as a masterful study of a highly regarded watch brand. The publication of the book seems particularly timely in light of a recent research paper from Morgan Stanley and LuxConsult on the Swiss watch industry in 2020. This paper reports that despite the devastation wreaked around the world by the COVID-19 pandemic, Rolex represented 24.9% of the global Swiss watch market. (It reached 22% in 2019.) Tellingly, Rolex gained market share in 2020 while sales of watch brands LVMH, Swatch Group and Richemont fell sharply. According to the same report, the entire Swiss watch industry would have shrunk by a third in 2020, while the Federation of the Swiss Watch Industry noted that exports fell by 21.8% in 2020. Despite all this these complications, Rolex looks set to continue. run slowly.