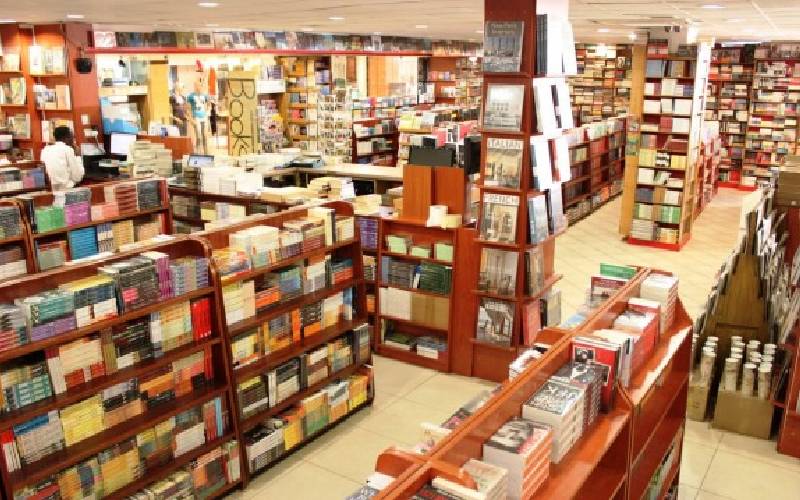 On Goodreads, a site where book lovers find and read their favorite titles, there is a book called “Wanna Hide Something from a N * gga, Put It in a Book”.

The author, D Haynes, writes: “I, D Haynes, the author, wrote a book for and about the United States, the black community, and the title of this book is Wanna Hide Something from a N * gga, Put It in a Livre. And that’s exactly what I did. I gathered the things they want to hide from an “n * gga” and put them in a book.

The book, he says, is a self-help book for the black community who we guess he wasn’t sure to read, anyway.

But while a few are blasted for not reading enough, it seems many of us must be pressured into reading by external factors.

The Economist reported towards the end of 2020 that the year had been one of the best for books printed in the United States, thanks to Covid-19. Since 2004, no year has seen such high book sales across the country.

“Sales of eBooks and audiobooks grew in double digits in the 12 months to the end of September, compared to a year earlier, but sales of print books also increased by almost 7%.” , the magazine said.

The world was rocked in 2020. The rapid spread of supply chains shattered by Covid-19 has forced businesses to shut down and has led to people living on crumbs. Movement was restricted because public gatherings were prohibited.

As a result, people had a lot of free time and often too little to do with it. They needed a distraction.

While some have dabbled in video games and other forms of entertainment, others have ordered their favorite books and read them. Therefore, in such markets, the book markets have flourished.

“The pandemic has strengthened the case for books as an attractive and enduring form of entertainment and education. Printed books and audiobooks provide respite for screen-weary souls young and old, ”wrote The Economist.

“The beginnings of many political books, including the first volume of Barack Obama’s memoir, and the national protests for racial justice, which led curious readers to older non-fiction titles on race and civil rights , were an additional godsend for the purchase of books. ”

Locally, there hasn’t been much change in 2020. Gabriel Dinda, founder of The Writers Guild Kenya, says there was little change in the number of print books sold that year.

This, he quickly adds, was not the result of people’s aversion to reading.

“It was because of the drop in income, I would say. People wanted books but could only read what they could easily access and afford. The sharing of pdf books has increased over the year, ”he said.

But in 2021, the trend has changed. Sales began to increase, with online sales overtaking hard copies.

The Writers Guild Kenya’s Dial a Book service has seen a significant increase in activity.

Dial a Book is a service where a customer fills in the details of the book they want to read and the bookseller searches for the title. This saves the customer from going to stores looking for books.

Kenya Publishers Association president Lawrence Njagi, also founder of Mountain Top Publishers, said there had been an increase in the number of children’s books sold.

As they were locked up with their parents due to a long period of school closures, the children were busy with storybooks.

“But there has been no change in sales of adult books,” he says. “We continue to have a very poor reading culture. ”

Mr Njagi notes that some people have exchanged electronic copy reads, which he says is correct if done legally.

“But some of these people haven’t read the books they were looking for their friends,” he says. “The book sharing may not have been translated for the readership.”

He agrees with Dinda that there is a need to improve the reading culture in Kenya.

“A reading culture can be defined as embracing reading as a regular activity and developing the skills and attitudes that make reading enjoyable,” wrote Dr. Robert Wesonga, who teaches literature at the University of Kabianga.

“When adopted and practiced regularly, reading has benefits that benefit an individual and society as a whole. In addition to giving the reader a great deal of latitude in information and knowledge, reading also improves memory, discipline, vocabulary, creativity and writing skills.

Njagi says books should be brought closer to people. “Even supermarkets should have libraries,” he says. “Like the rest of the family store, someone could borrow a book.”

Village markets, as well as shopping centers, should also have libraries.

In Kenya in an election year, people are likely to seek to interact with history. Booksellers with relevant titles may get lucky.

In the meantime, the popularity of e-books remains higher than that of the printed alternatives.