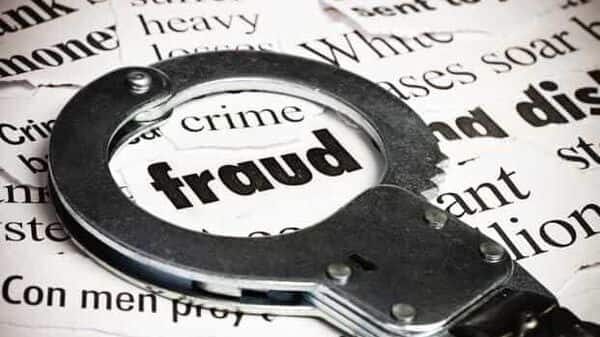 Respect the checks and balances of law enforcement

In the fall of 1991, Agent William Elliott of the United States Department of the Interior began to suspect that Danny Kyllo was growing marijuana at his home in Florence, Oregon. But mere suspicion wasn’t going to get him very far. For Kyllo to be brought to justice, his house had to be physically searched and no judge was going to issue a warrant based on a hunch. So on January 16, 1992, Elliott pointed a thermal camera at Danny Kyllo’s house and, after detecting heat signatures consistent with the type of high-intensity metal halide lights used for indoor marijuana growing, the officer successfully persuaded a judge to issue a warrant. Kyllo was arrested and charged with a federal drug charge. Once in court, Kyllo decided to delete the evidence that had been seized from his home. The heat-scanning, he argued, was a violation of his Fourth Amendment right against unreasonable searches and all of the resulting evidence was the fruit of a poisoned tree. He had an expectation of privacy in his home and it didn’t matter that the government hadn’t set foot inside to get the first evidence – their use of remote thermal imaging technology was as much an intrusion as it was. a real burglary. .

This case went all the way to the United States Supreme Court, which in a split decision (5-4) ruled in favor of Kyllo. If the government uses a device not used by the general public (such as thermal imagers at the time) to explore details of a private home that were previously unknowable without physical intrusion, the US Supreme Court said, such surveillance would be a Fourth Amendment “search” that cannot be carried out without a warrant.

For the layman, this decision may seem surprising. If our goal is to bring criminals to justice, does it really matter how we get there? Isn’t growing marijuana a crime? If so, what does it really matter if the evidence of the commission of this crime was obtained using remote scanning technology?

It is important to remember that the state has a monopoly on the use of violence. It is therefore important to ensure that the exercise of state power is always subject to appropriate checks and balances. Failure to do so would make innocent citizens victims, which, in our modern conceptualization of the role of the state, is unacceptable.

There is probably no situation where the stakes are higher than in a criminal investigation. It is here that the state apparatus is under the greatest pressure to bring criminals to justice and therefore, accidentally or with calculated disregard, the rights of the innocent are most likely to be trampled upon. So this is where the checks and balances are most important.

When these restrictions are enforced, law enforcement is limited in what they can do to bring criminals to justice. As a result, some offenders will inevitably get away with it. We need to recognize that it will happen and accept it for what it is, because the alternative would be innocent bystanders being subjected to blatant state intrusions – and that is much, much worse.

India does not apply the concept of due process in exactly the same way as the United States, but the underlying principle – that state power should always be subject to reasonable restraint – is fine. established in Indian jurisprudence. When India’s Supreme Court ruled that the compulsory linking of Aadhaar numbers to our bank accounts was a disproportionate exercise of state power, it pointed out that “[U]Under the guise of preventing money laundering or black money, there cannot be such a sweeping provision that targets every resident of the country as a suspicious person.” And yet, despite rulings like this, we need look no further than the morning papers to see restrictions on state power flagrantly violated – often on a daily basis, unfortunately.

Technology exacerbates the problem. Almost always, new technologies are more ubiquitous than those that preceded them. They make relatively trivial what was previously impossible to achieve, often on a much larger scale than before. If we allow the state to use technology in the exercise of its power and fail to impose proper checks and balances on the harm these new technologies could cause, innocent people will inevitably suffer.

We see this play out in the context of online messaging services, where the desire of the state to intercept messages exchanged between criminal elements pushes the government to remove the protection provided by end-to-end encryption. The state argues that it has no choice but to intervene in this way; criminals have no constraints on what technology they can or cannot use and if law enforcement is forced to fight them with their hands tied behind their backs, the bad guys will win.

Not only is this approach constitutionally untenable, it is downright lazy. Advances in technology have always made it easier for criminals to stay ahead of the law. But the response of law enforcement must never be to weaken the checks and balances under which law enforcement is legally compelled to operate. Basic principles demand as much. Instead, they must work to become familiar with the new technology in question, develop new investigative techniques that work in the new paradigm we all find ourselves in, and find ways to catch criminals despite any technological advantage. which they might have.

As impossible as it may seem, I know it is possible. Because we’ve done it before and we can do it again.

Rahul Matthan is a partner at Trilegal and also has a podcast under the name Ex Machina. His Twitter handle is @matthan

* Thank you for subscribing to our newsletter.