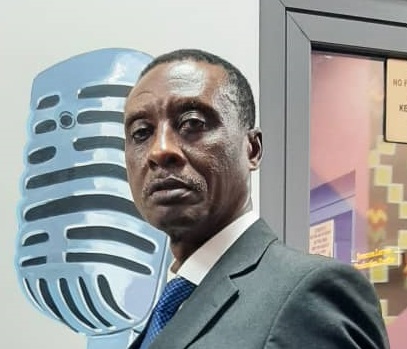 the The Ghana Paper Printers and Converters Association (GPPCA) has called on the government to waive taxes on all imported printing materials.

He said it would not only help reduce the cost of locally printed books and make them competitive in the global market, but also help develop the book industry in the country.

The association’s executive secretary, Mr. William Essilfie Turkson, speaking with the Daily Graphic in Accra, said currently the tax exemption is only on paper, other materials are excluded.

He said that in the printing industry, raw materials were not only paper but also ink, films, among others, which were equally important and should be considered for exemption. fiscal.

On ways to ensure cheaper book printing nationally, Turkson said that since 2016, when Parliament passed the Value Added Tax Act {TAX} (Amendment) of 2015 (Act 890 ), the exemption applied only to bond paper.

He said local printers are currently paying VAT on all printing media except paper, describing the situation as a challenge that needs to be considered if the industry is to grow.

In addition, he said, local printers paid tariffs on all materials, explaining that in such a situation, printers had no choice but to add that cost to the finished product and charge slightly more than their foreign counterparts.

Mr Turkson expressed concern that in recent years, although the association has launched advocacy through seminars and workshops to improve the situation, little has been achieved.

He expressed concern that, in the current state of affairs, if a deliberate effort was not made to develop the book and in particular the printing industry, it would stop and give to foreign printers the possibility of taking over the industry in the country.

The GPPCA executive secretary felt that if taxes on raw materials were removed, then “we can match what Indians and Chinese do because we have all the equipment and machinery to do the job.”

“We’ve introduced modern machines since 2017, with automatic finishing and all that,” he added, citing, for example, how in Nigeria the government had developed the book industry to where it had been. surpassed that of Ghana, printing all its books locally.

Mr Turkson said that with the adverse effects of the coronavirus disease (COVID-19) almost all economies had been plunged into disarray and these foreign printers were therefore in the country pushing for contracts in order to go back and build their savings.

He urged the government not to give in to such pressure and instead support local industry to also help Ghana’s economy to recover.

Mr Turkson further called on the government to review the law that created the tax exemption, Law 890, as it was initially understood that the exemption should cover all raw materials used in the production of textbooks.

He said that under the current state of the law, the exemption did not cover any other material.

He said, however, that with the introduction of VAT, the exemption was only granted to textbooks, “and therefore if the books are not textbooks, even if they are intended for children in school, you have to pay the VAT “.

“The VAT exemption does not affect all other books. They are only textbooks, and so, for example, if books for the first reader are printed, there is no exemption, ”he lamented.

On the foreign book convention, to which Ghana was a signatory, Turkson said it was binding on all signatories to allow the importation of books into the country.

The GPPCA executive secretary said there was even a need to look at tariffs on materials, stressing that everything was up to the finance ministry to make sure that happened.

He highlighted the benefits the country can derive from the development of the printing industry, citing employment opportunities, capacity building of the industry, among others, and contribution to economic growth among the benefits. tangible direct.

Turkson called on the government to review the entire legal framework governing the book industry as part of efforts to further develop and strengthen local industries.