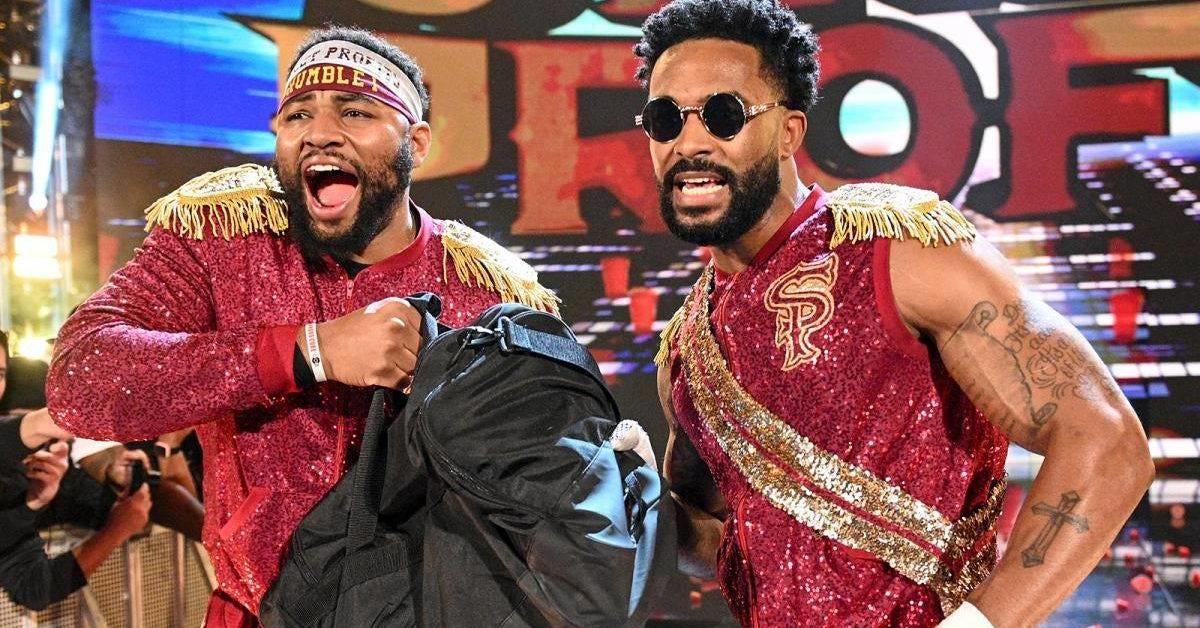 WWE recently hinted at a Street Profits breakup via its commentary team, which could lead to both Montez Ford and Angelo Dawkins competing as singles wrestlers in the near future. The pair recently commented on the rumors and speculation, with Ford speaking with Fight Inc. before Money in the bank while Angelo Dawkins sat down with Corey Graves on the last after the bell Podcast.

Ford, who has gotten noticeably stronger recently, opened up about his childhood dream of wanting to be world champion – “If the draft happens and they, you know, we’re forced to part ways, we’ll definitely keep going. who support there, ” said Ford. “Keep putting it 100%. I know as a kid speaking for myself, I always dreamed of being the WWE World Champion. That dream never fades man. You know when you’re here I feel like if you’re not trying to be the guy or the team then why are you here You know apart from the money But still the same time, as if you wanted to create a legacy.

Meanwhile, Dawkins has openly pushed back against the idea that if the couple broke up, they would just be wallowing in obscurity. The Ohio native has been with WWE since 2012 but couldn’t break into NXT until he and Ford were paired up and repackaged as The Street Profits in 2017.

“I would be lying if I said that I don’t hear everything that is said on the Internet” dawkins said. “Like, mostly about me and stuff like that. Like, obviously, I see it with Tez all the time. Tez is second-world, like, this guy is a freak of nature. He’s my brother. I know he’s good, I know he’s got talent, he’s destined to be the world champion, but on the other hand, I’ve seen people talk about me like I’m a scrub or something. whatever and I was like, ‘Oh, wait a minute, wait. Like, oh, they mustn’t know about me. Alright, cool’, and that’s kind of like that, it kinda got to me. brought back to when I started in a way.”

Ford and Dawkins failed to win the WWE Undisputed Tag Team Championships at Money in the Bank, although Ford clearly shrugged it off when the referee awarded the Usos the pinfall. A rematch was booked for SummerSlam on July 30, this time with a special guest referee.