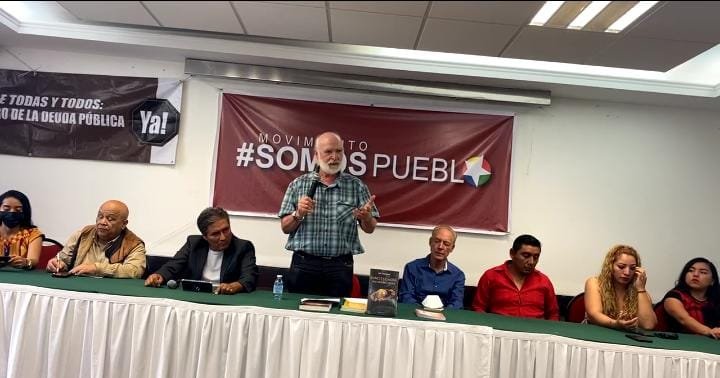 Large-scale speculators increase their profits in the grain market

In an interview with La Jornada, the main left-wing daily in Mexico, he says that, at first, the increase in international grain prices was “only speculation since the production and supply by the Ukraine and Russia did not stop overnight”. , stocks do not run out overnight, but prices futures contracts
Futures contracts
A futures contract is a standardized prior commitment, traded on an organized futures market, to deliver a specified quantity of a precisely defined underlying asset at a specified time and place – the “delivery date”. Futures contracts are the most traded financial instruments in the world.
the markets rose immediately.

In February and March 2022, the rise in international grain prices was the result of speculation as production and supply by Ukraine and Russia did not stop overnight

“Cereal production is seasonal, crops had not been destroyed, it was pure speculation, but now surely after months of war and sanctions, there is going to be a real supply problem for the countries that depend on Russia and Ukraine“, as well as a risk of default on the payment of the debt for the economies which do not export merchandise
Merchandise
Goods traded on the commodity market, traditionally commodities such as metals and fuels, and grains.
he adds.

According to data from Bloomberg, net speculative positions in corn in the United States forward market
Forward market
Market on which a product (financial instrument, currency, commodity) is bought or sold with deferred payment and delivery on a date after the initial transaction which determined the price.
started to increase in November last year. In the past month alone, the price of corn on the Chicago Board of Trade, now the CME Group, rose 8.61%, wheat 4.87% and soybeans 4.12%.

Toussaint explains that part of the increase in global food prices has been triggered by investors who buy food stocks and store them for a few weeks or months, do not supply them to the market and sell them. only when higher prices provide an opportunity for profit.

“Some have already won“from rising food prices, but that does not mean that food shortages and the rising cost of food for low-income households are just speculation,”they are very real», Indicates the CADTM spokesperson.

The neoliberal model has encouraged some countries in the South and tropical countries to no longer produce cereals but to specialize in the production of tropical export commodities.

Countries that produce commodities such as oil, gas, minerals, grain or other agricultural products are better placed to weather economic recession and avoid the risk of default. For example, “Venezuela, which suffered a partial debt default, is now in a better position than three years ago due to the price of oil.”

In Argentina, on the other hand, a country that is not only bound by the financial constraints imposed by the International Monetary Fund (IMF
IMF
International Monetary Fund
Together with the World Bank, the IMF was founded on the day the Bretton Woods agreements were signed. Its first mission was to support the new standard exchange rate system.

When the Bretton Woods system of fixed rates ended in 1971, the main function of the IMF became that of being both policeman and fireman of world capital: it acts as policeman when it applies its structural adjustment policies and as a firefighter when he intervenes. to help governments at risk of not repaying their debt.

As with the World Bank, a weighted voting system works: based on the amount paid as contribution by each member state. 85% of the votes are needed to modify the IMF Charter (meaning that the USA with 17.68% of the votes has a de facto right of veto on any change).

http://imf.org) but doesn’t have much to rely on -“the situation may become more difficult”; Toussaint explains that it was only in the first weeks of March that the first wave of speculation on the price of flour could be seen.

Beyond the war in Ukraine, which triggered the rise in grain prices, the spokesperson pointed out that the problem was the “neoliberal model that makes countries are brutally hit by rising food prices” since it favors the fragmentation and specialization of production.

“The neoliberal model has prompted some countries in the South and in the tropics to stop producing cereals, to specialize in the production of tropical export commodities and to import supposedly low-priced cereals from North America, Russia or the United States. ‘Ukraine..”