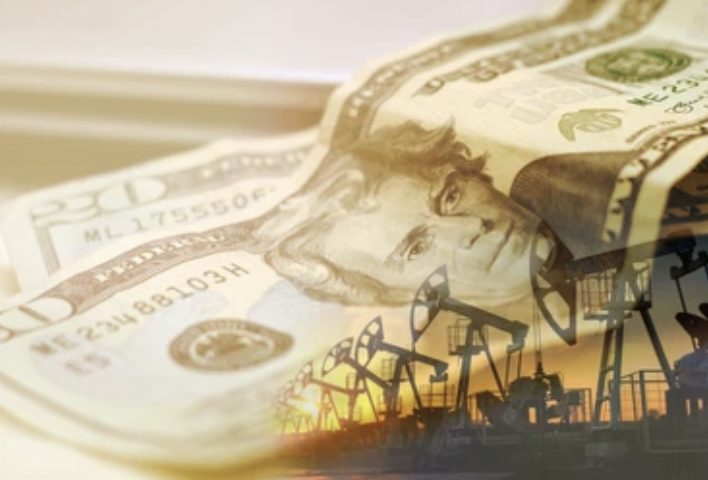 Is it time to pocket some profits on energy stocks?

One of my readers asked this question last week: “Are we perhaps seeing a topping in the energy sector, calling for a reduction in allocation to the sector (i.e. taking profits on at least some percentage of the energy sector allocation?)?” In other words, is it time to take the money and run?

He noted that we used the word “energy” 54 times in our May 2022 issue of Personal financecompared to 34 times in May 2020. Over the same period, the iShares US Energy ETF (IYE) almost tripled in price.

There is plenty of anecdotal evidence to suggest that the energy sector is about to peak. Oil prices surged in March following Russia’s February 24 invasion of Ukraine.

As recently as early December, the price of a barrel of oil was below $70. Three months later, it briefly topped $130. Even though it has since fallen back below $110, the price of oil is still quite high by historical standards.

As long as crude oil prices remain this high, oil producers should be very profitable. Already, consumers are complaining about high gasoline prices to the point that charges of price gouging and profiteering are being leveled by government officials.

The White House is reluctantly considering measures that would temporarily lower gasoline prices by increasing the supply of crude oil. This may be the only time the Biden administration will find enthusiastic agreement across the aisle in Congress.

The argument for energy stocks to rise even further is based on the belief that oil prices can stay above $100 a barrel for a long time. The economic sanctions imposed on Russia by most developed countries will not disappear as soon as the war is over.

Also, the so-called “summer driving season” is just around the corner. Last year, Americans consumed 12.4% more gasoline from May to August than in the first four months of the year.

For both of these reasons, I don’t expect energy stocks to crash anytime soon.

But sooner or later, perhaps as early as this fall, the imbalance between gasoline supply and demand will ease. As the old saying goes, the cure for high oil prices is high oil prices.

Watch this video: The dangers and benefits of energy volatility

Going forward, oil producers will step up their drilling activities to take advantage of high crude oil prices. And in doing so, they will drive down crude oil prices by increasing supply.

If so, should you sell some of your energy holdings now to lock in current stock prices? Surely no one should feel guilty selling Chevron (NYSE: CVX) now at its historic price near $175 as it traded below $100 last summer.

However, there are other ways to take advantage of the recent surge in the energy sector. For example, rather than selling your shares of Chevron, consider selling a covered call option against those shares instead.

If CVX ever exceeds $185 by then, this option will expire worthless. In this case, you still keep your shares of CVX and the $10 option premium (plus dividends paid along the way).

If CVX rises above $185 before expiration, this option can be exercised against you. In this case, you must sell your shares at this price. You still keep the $10 option premium plus dividends paid before expiration.

This means that CVX would have to exceed $195 over the next seven months for this trade to be less than just holding your shares. I don’t know how likely that is, but I’d be surprised if CVX appreciated another 11%+ this year given its recent surge.

A note from the editor: Our colleague Jim Pearce has just provided you with valuable information on the energy sector. There is another sector that deserves your special attention at this time: marijuana.

Marijuana is a powerful investment megatrend. As marijuana legalization gains momentum around the world, weed sales skyrocket and investors get richer. But pot stocks can be risky; you have to be selective.

That’s why we offer you a new book: The wide world of weed and psychedelics, written by our editorial director, John Persinos. The result of years of painstaking research, John’s book is now available in print.

The Wide World of Weed and Psychedelics is your one-stop introduction to profiting from the booming marijuana and psychedelic industries. Click here for your free copy.