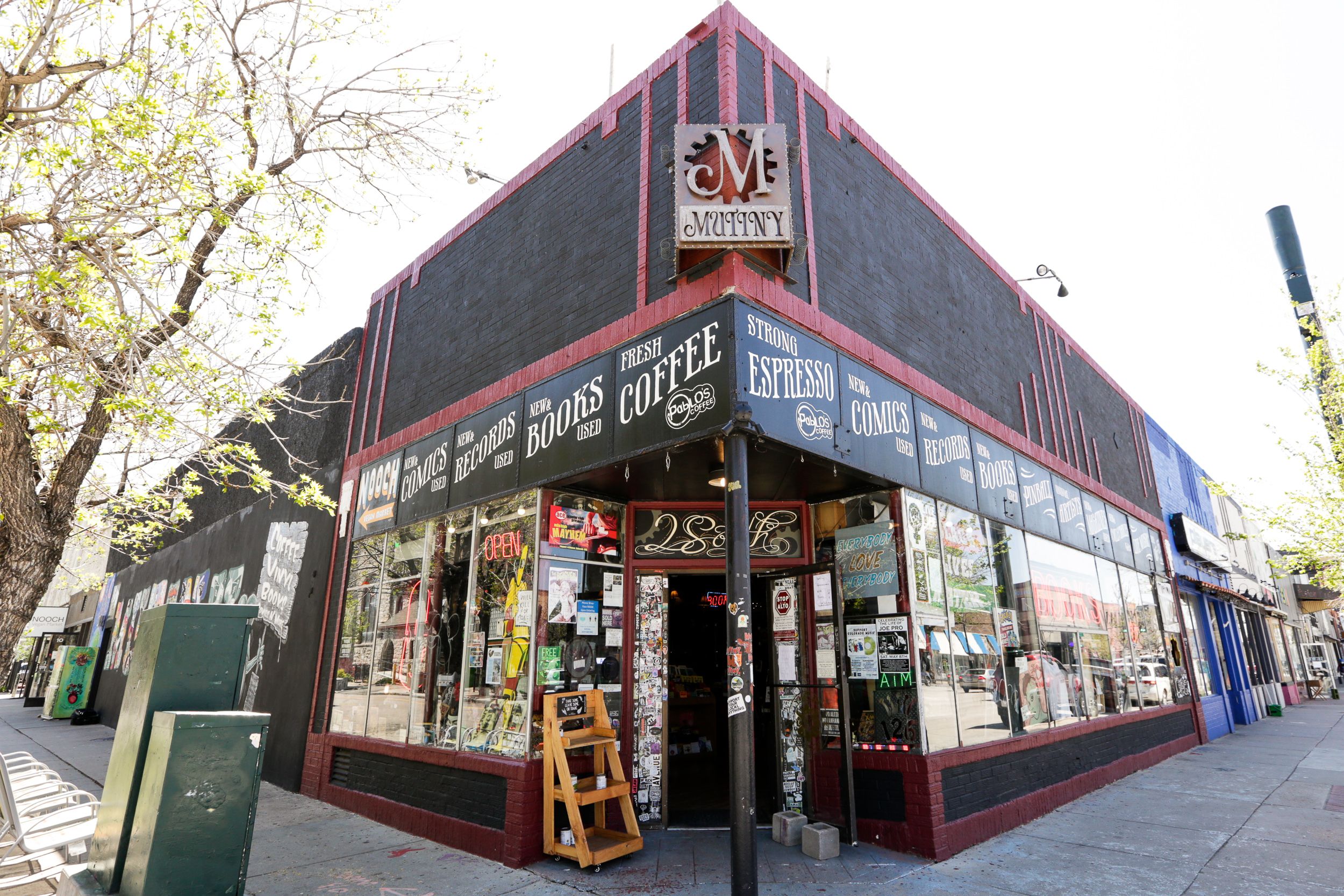 In the wake of another year’s Record Store Day, there was collective rejoicing in the Denver community. A taste of normalcy has been brought to the city as vinyl, book and comic book collectors return to shop at the stores they love. One of the local businesses that has seen this the most is Mutiny Information Cafe, which is one of the city’s most dedicated vendors for all things local. For all the reward Mutiny can reap now, they first had to survive one of the most dangerous years the store and all of humanity have faced. At the height of confinement, this pillar of Denver culture lost almost everything.

“The first thing that strikes you is the fear of the cold,” remarked Matt Megyesi, co-owner of Mutiny, describing what it was like to be the head of a local business in an impending pandemic. Where other local stores could renegotiate contracts with their owners or had saved money over the holidays, Mutiny was not in a financial position at the start of the pandemic to continue to run business as usual. They couldn’t have done it either, as the reality of life under global threat materialized in everyone’s mind. Then the confinement began and it was time to sink or swim.

Necessity was the mother of invention for Megyesi and her co-owner Jim Norris, who had to find a way to keep their stock of miscellaneous offerings alive through the toughest times. Their solution came in the form of ingenuity and working with what they had. First, they started by reopening their cafe and selling drinks through a small port through a window facing the street. Sales have grown enough for them to have the financial backing to start thinking about what to do with all of their newly branded books, vinyls, quirks and coffee. Then, the idea quickly came to do what Mutiny does best, is to combine them all.

“We were like, we have all these books from local authors, records from local musicians, coffee, stickers, zines and patches. So let’s make a loot box, ”Megysei recalls. The box was a hit, and sales of it to Denver residents picking up their coffee kept the store alive. This allowed Mutiny to reach the next stepping stone to stability when the comic book industry began to recover. The store opened a small section for subscribers to pick up their weekly comics and were slowly able to get their staff back with a P3 loan. Mutiny Information Cafe was even able to order new murals to paint on the sides of the boarded up storefront and pay the artists who created them.

Through thick and thin, Megyesi and Norris realized they were sitting on a proverbial gold mine of things people needed most during the pandemic. It was the fun breaks from boredom and fear that got people through all those months stuck inside. Mutiny had everything planned for lovers of reading, music and culture, because suddenly everyone had plenty of time to catch up on their playlist and listen to those records that had gathered dust. The store has grown from a provider of pre-pandemic fun hobbies to a virtually necessary business providing the community with entertainment to keep them sane.

At a time when all of humanity faced the same threat, it is easy to think that people would have sought solace in the unification of masses across the world. However, what was observed was a greater desire of people to seek the support of their local communities and reduce their worries and problems. This is what Megysei witnessed firsthand as Mutiny customers increasingly came to buy their local or locally supported products. People wanted to taste their community more than ever, because they yearned to feel part of it again. Mutiny provided a haven for Denver residents to feel connected to their city when people needed it most. 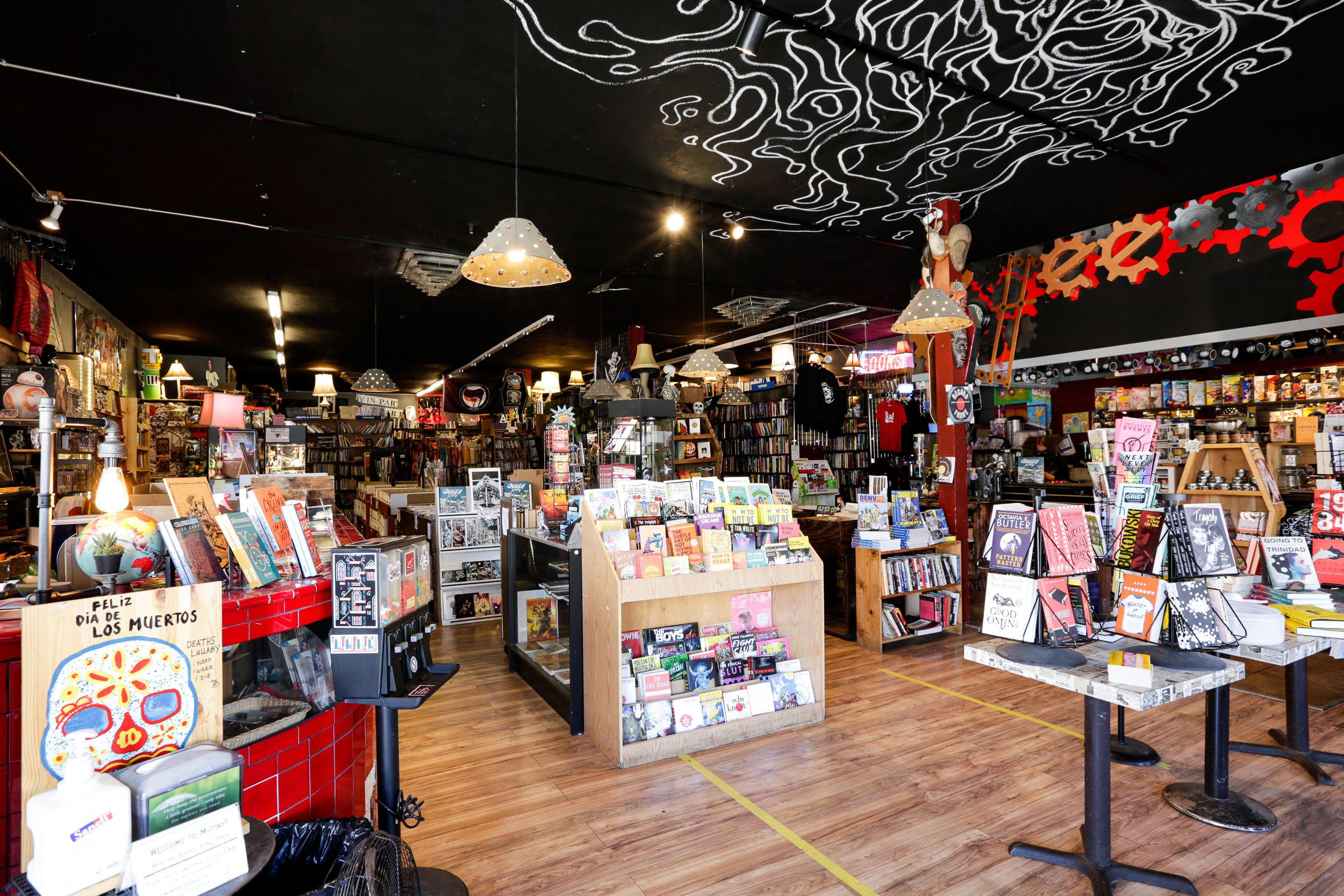 Despite all the disaster that has unleashed over the past year and a half on Denver’s local arts and culture community, Megyesi also saw with optimism what positive change it can bring. He says he saw a lot of artists, owners and professionals in the scene, unfortunately, having to leave it to find more stable prospects. This leaves the door open for new faces and talents to rise through the ranks. Nothing will ever replace the loved ones who were lost during this remorse-free time in human history. However, there is an opportunity for people to pick up where others left off and reform this community into something even more spectacular.

Mutiny is no stranger to this opportunity either. With the store’s resurgence, they plan to open a new location in Trinidad, Colorado. This will be their second location, and it will be designed to meet the needs of this local community. They will use this location to also produce their own line of coffee. What Megyesi is most excited to see is what the artist community has been doing during the pandemic, and how they’re going to unleash it all on the world. With a little hope, this next generation of creatives will usher in an even brighter arts community that will undoubtedly have a home at the Mutiny Information Cafe.

To learn more about Mutiny Information Cafe, you can visit their website at mutinyinfocafe.com or visit the store at 2 S Broadway, Denver, CO 80209.

All photographs in this article were taken by Amanda Peila.