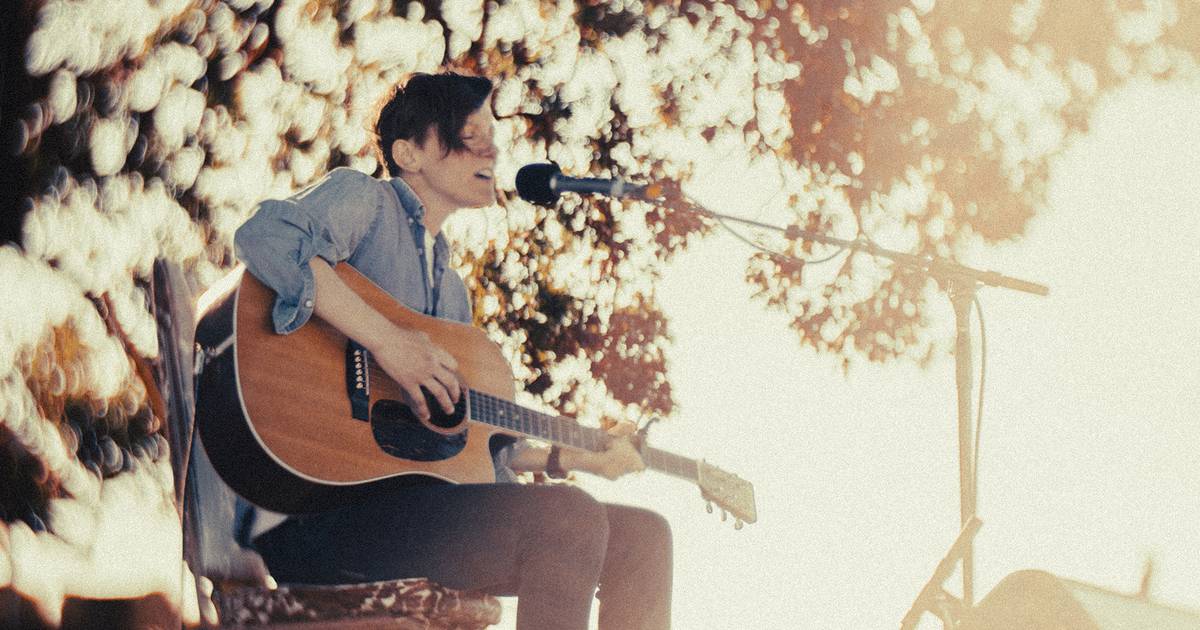 “I feel like my songwriting is a form of storytelling,” says Chris Pureka. “Words are important to me. It’s a big priority in my writing. I don’t know if it’s super common.

Artists like Pureka, who identifies as genderqueer, don’t make a living for nearly two decades if they have nothing to say. Known as a great lyricist, their songs are surprising and profound (especially “Song for November”, which features some of Pureka’s finest lyrics: “And we made our bed in that familiar graveyard/between breastbone and spine “).

“I feel like it’s something I offer,” Pureka says. “I guess I consider myself more of a poet. I try to have that as part of what I do. It just works for me.

Pureka started playing the guitar – and soon started writing songs – as a teenager. “I was a locked up teenager,” they say. “I had just quit the sports I was really passionate about and kind of needed something to channel my energy. This was the right fit for me.

Pureka is known for creating songs that strike the perfect balance between sadness and hope. “I think it’s integrated,” they say. “I see the world through these dual lenses. It’s hard for me to write something that’s only one-sided. I think it’s hard to find things that are hopeful but still meaningful.

One of Pureka’s most successful works, “Old Photographs”, was a project inspired by T Cooper’s book Real Man Adventures. The author asked different songwriters to write songs inspired by his book based on his transition.

In the song, Pureka sings, “Old photographs, before I even knew my own name/I wear it, I wear it everywhere/All these boxes, but none will hold me/Oh lord, at least I got his hands / Finds me in the night, fear under my collar / What I know is right and what I know the world is / Haunted by design and the myth of reality…” It would be hard to find a member of the LGBTQ+ community who couldn’t relate to these words in some form or way.

“I focused a lot on his relationship with his partner,” Pureka says. “In the book, it seemed like that was the kind of thing that carried him through. I tried to include different snapshots of things from the book. Obviously, I also have my own lived experience in this kind of state. I haven’t made the transition, but I can relate on many levels.

Although Pureka makes no secret that they are members of the LGBTQ+ community, it would be wrong to assume that gender or orientation defines their makeup. Their work often focuses on universal themes of love, relationships, and grief that everyone can relate to.

“Most of my songs are about my own internal emotional life, but I also write songs about external things,” Pureka says. “Although it leans more heavily into the first category.” They record and produce independently and between full studio albums they will create an EP with some songs including live versions or covers.

It was their plan last year, but it went wrong. “I hadn’t planned to record so many songs,” Pureka says. “Then I had this new song that felt like a pandemic theme song, and I kind of realized that it all came together in a different way than I thought.”

Pureka’s drive to switch gears led to their EP The longest year, released in December. The title track, with the lyrics “The longest year/We feel our lungs fill with lead/It’s a hard time to have a beating heart/And all I know is we’re enough/So keep going and keep your head up…” is a reminder to keep hope alive and resist the temptation to give up.

“I had no intention of writing a song like that,” Pureka says. “That’s the thing with new songs, they want to be what they want to be. I don’t even always have control over it.

Of these lyrics, Pureka says, “I think it says something that people say in different ways, but it says it in a way that I’ve never heard before.”

2022-06-01
Previous Post: What is Bloktopia? Profit in the metaverse with BLOK!
Next Post: Learn finance and MBA skills from a best-selling author for $60