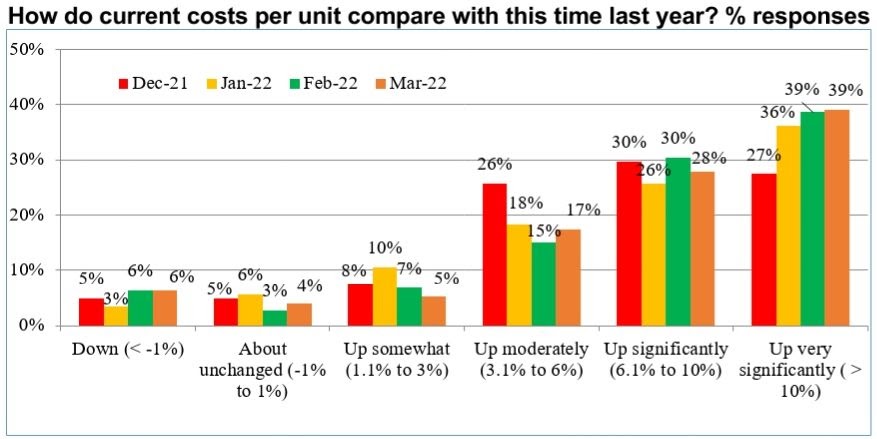 By our representative
The Indian Institute of Management-Ahmedabad’s Business Inflation Expectations Survey (BIES), which seeks to provide ways to examine the extent of underutilization of the economy by surveying a panel of business leaders , found that “cost perception data indicates the persistence of high cost pressures.
Stating that approximately 70% of companies participating in the survey perceive a significant increase (over 6%) in costs for the two consecutive months, the survey states: “Over 39% of companies in the March 2022 round of the survey perceive that the costs have increased very significantly (more than 10%). For the two consecutive cycles, about 2/5 of the companies reported a cost increase of more than 10%”.

Based on responses from around 1,100 companies, the survey further indicates that for the last three consecutive rounds of the survey, “around 52-54% of companies in the sample reported earnings ‘well below’. the normal “”. He adds: “Improved sales expectations are offset by high cost increases. As a result, earnings expectations remain subdued.
On the positive side, the survey indicates that “Business sales expectations in March 2022 have improved. The percentage of companies reporting “well below normal” sales fell to 29%, from around 36-37% in the past four cycles. About 1/4 of businesses in March 2022 say sales are “about normal”. “Normal” means compared to the average level obtained over the previous 3 years, excluding the Covid-19 period.