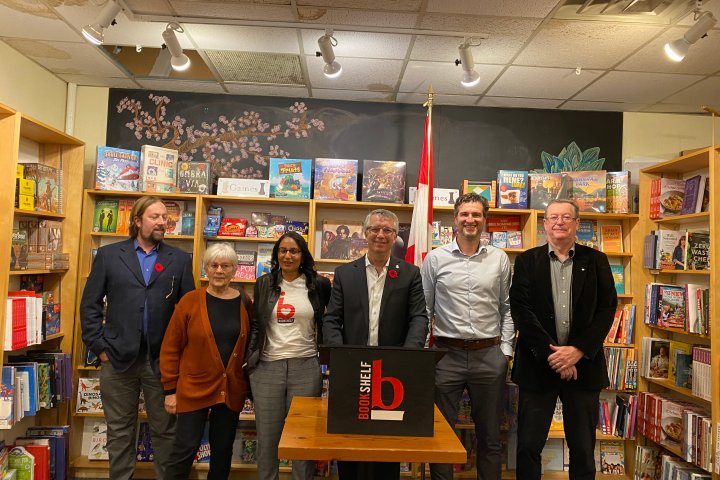 Independent booksellers across Canada will be able to increase their online book sales with federal funding.

Heritage Minister Pablo Rodriguez announced Wednesday that the Support for Booksellers component of the Canada Federal Book Fund will provide $12 million to 180 booksellers.

One of the retailers is the Bookshelf in downtown Guelph.

Guelph MP Lloyd Longfield was at the Quebec Street store on Wednesday to announce that the federal government is providing the library with $23,024 in funding.

Guelph businessman officially a member of the Order of Canada

He also announced that $156,575 will go to the Independent Booksellers Association of Canada to increase its ability to sell books online across Canada over the next two years.

Bookshelf President Ben Minett said in a statement that the grant would help bring a distinctly Canadian flavor to the books it offers and improve communications between Canadian authors and the Canadian public.

Longfield said local booksellers like The Bookshelf have gone above and beyond to support Canadian authors throughout the pandemic.

In a press release, funding amounts were based on past sales of Canadian-authored books.