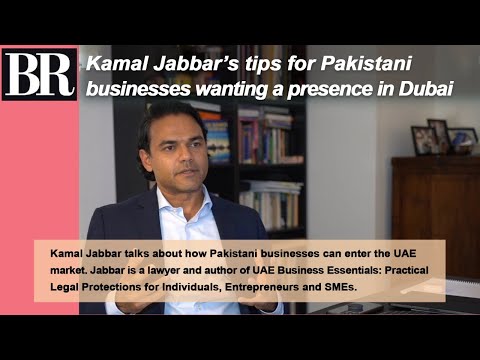 For Pakistani start-ups, “the journey has only just begun” – Business & Finance

DUBAI: The year 2021 has been a banner year for Pakistani start-ups. Investors around the world viewed the country as a booming hub, leading to an incredible influx of venture capital funds.

Small businesses began to proliferate and grow, and it looked like Pakistan had finally announced itself on a large scale. The country attracted $350m from 81 deals, according to a Deal Flow Tracker from Invest2Innovate (i2i), with the amount more than 5 times what was raised in 2020, or $65m. E-commerce was the biggest draw, followed by the fintech sector.

Yet a few months later, as seed funding continues to pour in, the country has seen a decline in the growth chart, with many companies closing up shop and several foreign investors pulling out or reducing their investments.

So, did we celebrate too early? Where is the future of the start-up industry finding its way in Pakistan? What are the challenges and how to overcome them?

Kamal Jabbar, partner at Keystone Law, an international law firm in Dubai, looks at the situation with optimism, believing that Pakistan is at the beginning of the journey and has the potential and dynamic start-up scene to reach heights just like Indonesia. and the United Arab Emirates. .

Jabbar, who recently published a book called “UAE Business Essentials”, is familiar with the economic realities on the ground in Pakistan and the UAE. His book aims to raise awareness among individuals, SMEs and start-ups, both looking to launch a business and those who are established. A lawyer, Jabbar advises individuals, start-ups and SMEs in mitigating legal risk and expanding their operations in the Middle East and beyond.

“Pakistan has appeared on the radar of VCs around the world because of its untapped potential,” he told Business Recorder in an interview. “We have a huge population, a median age of 22, around 110 million people with high-speed internet access which is larger than most of Europe, and a large proportion of English speakers. Considering these factors, I believe that for Pakistan the journey is not over, it has only just begun.

Added to these factors are a number of government initiatives, including the creation of special technology zones, similar to the free zones in the United Arab Emirates, which have an improved ecosystem and are specially designed for start-ups.

Another important factor, Jabbar notes, is that, spurred by the surge in SMEs and start-ups last year, a growing number of young Pakistanis are being encouraged to experiment.

Whereas before there might have been an interest in moving abroad or joining a multinational company, young Pakistanis now want to get more involved in start-ups because they have seen the potential, a big change.

That said, the next few years will be quite difficult. To those struggling to survive, Jabbar’s advice is to “cut costs and be careful.”

Along with business openings on the home front, a number of Pakistani companies are also exploring opportunities on other borders, including the United Arab Emirates, which ranks 16th out of 190 countries in terms of trade.

Many factors contribute to this score, such as a large talent pool, connectivity, the country’s position as a “gateway” to the West and the rest of the MENA and MEA region. Moreover, it offers ease of visa and company formation on the back of a supportive ecosystem and strong infrastructure.

Dubai, in particular, is considered a tax haven, with a vibrant tech sector and all sorts of innovative companies getting started and also getting funding.

“It would certainly cost more than establishing a head office in Pakistan, but in terms of presentation, credibility and seriousness, it would add to this company and pay dividends by attracting investors who would otherwise be reluctant to invest in a Pakistani.company directly.