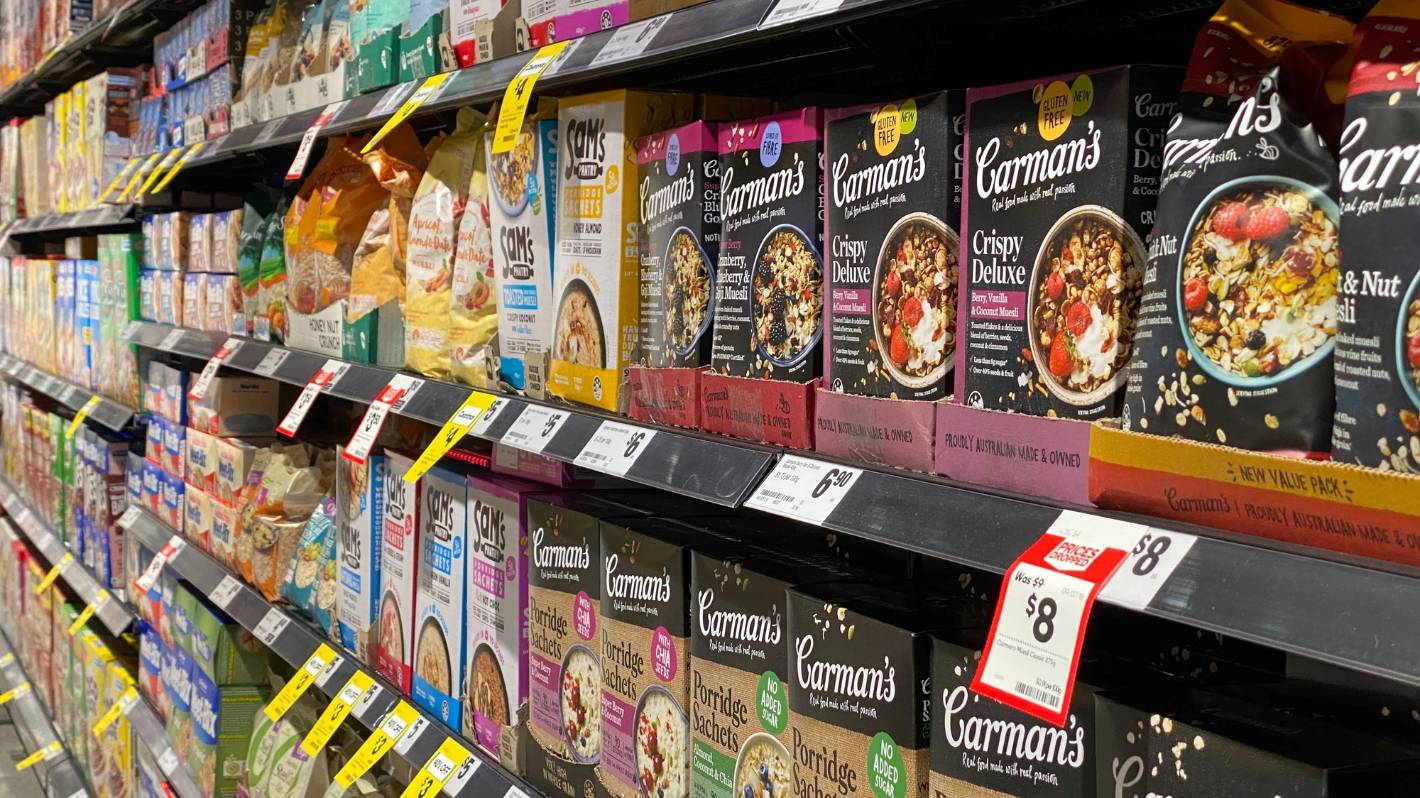 Jo Allan is the CFO of Foodstuffs North Island.

OPINION: As CFO of Foodstuffs North Island (FSNI), along with a great team, I spent over 18 months discussing in detail with the Commerce Commission their market study of competition in the grocery industry by retail.

This involved thousands of hours to provide in-depth analysis and evidence in all areas, including our ROACE (Return on Average Capital Employed or “returns”) and profitability, to enable the commission to deliver its findings. in the final report, over 600 pages, based on accurate information.

With earnings and prices once again in the spotlight, getting the numbers right is important because it matters. This is important for our 350 local grocers, their teams and their customers who are told that we are making “excess profit” or “super profit” and who are promised that their groceries will be cheaper if that profit is reduced.

READ MORE:
* How much could food prices in New Zealand increase?
* Eggs, yogurt, cheese and tomatoes drive up food bills
* Clear rationale for change in the grocery sector – Minister of Commerce and Consumer Affairs
* $430 million a year in excess profits, but no distribution to supermarkets

The commission found that our co-op achieved a return of 13%, which is in line with overseas food retailers and the bottom of the returns of the top 50 NZX companies.

The commission initially significantly exaggerated the statements of the FSNI in its draft report published in July 2021.

Following the provision of an analysis by my team, which was reviewed by independent economists, the commission corrected its view in its final report.

The commission effectively halved its initial assessment of the FSNI’s returns between the draft report and the final report (from around 24% to 13%).

The assessment finalized by the FSNI Yields Commission is similar to its assessment of the average yields of 12% comparator foreign food retailers.

The commission admitted in its final report that the sales returns and profit margins of major New Zealand grocery retailers were broadly consistent with the sample of overseas grocery retailers. We agree with this conclusion.

The New Zealand grocery retail sector does not make ‘excess profits’ or ‘super profits’ compared to grocery retailers in other developed countries, where in many cases competition is high (e.g. example, North America, Western Europe and the United Kingdom). .

That’s why in our $22 billion retail grocery sector in New Zealand, profitability was not, ultimately, the irrefutable gun that the commission had first thought of in its plan to report.

And that is why, after 18 months of in-depth investigation of major food retailers, the commission has recommended a series of recommendations deemed proportionate and likely to genuinely improve competition in our industry – the stated aim of the study. Steps.

We remain committed to our action plan that will make a meaningful difference for our customers and remove the real barriers to competition and we are well on our way to achieving it.

Where we disagree with the commission is on what is a normal rate of return for the retail grocery sector in New Zealand.

The commission estimated that a normal rate of return for food retailing in New Zealand is between 5.5% and 6.6% (about half that seen in other developed countries) and therefore what major food retailers earn in New Zealand on top of that is excess returns.

It is this “excess” return figure that the commission estimated in dollars ($365 million to $430 million) that has captured the imagination of some people to claim that the industry is making “excess profits from $1 million a day” and that’s influencing prices at checkout.

If you look at the average returns achieved by NZX50 companies over the same five-year period that the commission looked at for the market study, the bottom quartile achieved returns of 5.5% or less. The top quartile achieved returns between 14% and 44%, with the majority achieving similar returns to major New Zealand grocery retailers. The commission found that the FSNI’s returns over the same period were 13%.

Moreover, the commission’s view that a 5.5% return is normal is based on a series of highly controversial assumptions and inputs. These include how variable interest rates are taken into account in the analysis, how the risk of the retail grocery sector is assessed and, when measuring returns, that all relevant assets are included and valued at their true economic value.

This last assumption from the perspective of the FSNI did not hold true: the commission calculations only included assets that were on the books of our companies, and therefore excluded investments of an intangible nature – such as investing to create internal capabilities, such as logistics networks – even though economic research confirms that these unaccounted assets may account for half of the assets employed by modern businesses.

Indeed, if the commission were correct in saying that 5.5% is a normal return, its competition concerns would apply to grocery retailers worldwide, as well as to most companies listed on the NZX50.

These excess profit claims don’t add up, but consider how much grocery prices would actually drop even if New Zealand’s major grocery retailers made the commission estimate of a normal 5.5% return.

It may seem predictable that a company like ours in this situation would defend its position. However, getting the right facts about our returns and profitability is important for more than just personal interest.

In particular, overstating the financial returns to industry risks creating unnecessary pressures for interventions that would be disproportionate to the benefits, and which will undoubtedly reduce efficiency and increase costs for the industry. industry and ultimately for our customers.

Regulation of the retail grocery sector that goes beyond the recommendations of the commission’s final report has not been observed anywhere in the developed world, and there is a real risk of unintended consequences, which could be particularly costly – such as the risk that new international competitors will consider investing in New Zealand.

In other overseas markets they are making 12% returns, so why come here if there is a risk that a normal return will be regulated at 5.5%?

It should be noted that Costco, which decided to enter the market long before the commission’s market study of the retail grocery sector, achieved overseas returns of more than 14% on the same period analyzed by the commission.

Don’t get me wrong, we know how tough things are right now for New Zealanders in each of their 2.7 million weekly shops with us. Every dollar saved at checkout counts, and we are focused on creating value for our customers.

That’s why we’ve brought prices back to 2021 levels for key commodities, resulting in our retail price increases below the National Food Price Index for the past three months.

But when it comes to going beyond the recommendations of the commission’s final report, such as regulating the retail grocery sector or forcing the divestment of our mom-and-pop stores, we need to be very clear about the cost of the promise to save $1.40 a week on groceries.