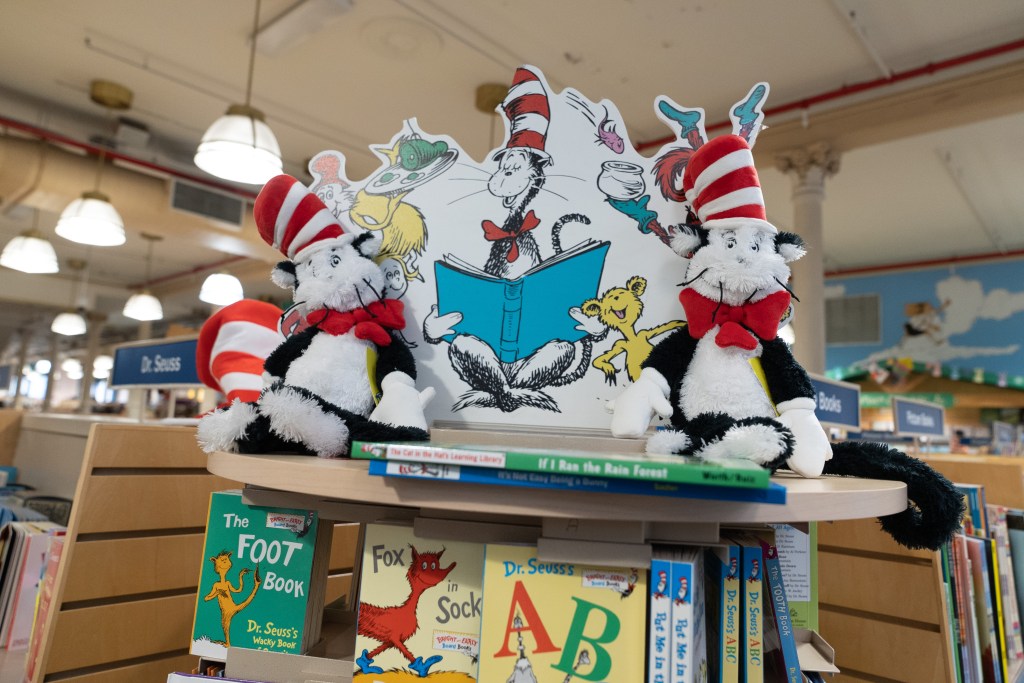 The book industry saw its sales increase by 34% last week – in part thanks to the scramble for Dr. Seuss titles following measures to end the publication of six books on racist images.

Of course, book sales have generally increased as people look for ways to be entertained during the pandemic. But the 34.2 percent rise last week from a year ago was particularly astonishing.

Much of the demand was driven by Dr Seuss, who ordered four of the five best-selling books in the week ending March 8, according to figures from NPD Bookscan, which tracks the industry.

The windfall, first reported Thursday by Publishers Weekly, followed last week’s announcement that Dr. Seuss Enterprises would cease publishing six of Seuss’ 60 titles: “And to think I’ve seen it on Mulberry Street “,” If I ran the Zoo “,” McElligot’s Pool “,” On Beyond Zebra! “,” Super Scrambled Eggs! and “The Cat Quiz”.

Sister Souljah’s new novel “The Afterlife” was the only non-Dr. Seuss book to break the weekly top five, ranking fourth with 80,000 copies sold, while Stephen King’s latest book “Later” sold 57,000 copies, placing it in seventh place, according to NPD Bookscan , which follows around 80% of the industry. .

The Seuss stampede sparked an increase in sales of all children’s books, up 58% on the week. In addition to the boost from Seuss, sales also benefited from the launch of Read Across America on March 1, sponsored by the National Education Association.

Dr. Seuss Enterprises, the copyright owner of the books written by the late author Theodor Seuss Geisel, said he was shutting down their publication because the six books “portray people in a hurtful and wrong way.”

All remaining copies of the six banned titles quickly vanished from shelves and online outlets, including Amazon and Barnes & Noble. But as Media Ink reported, the ban is unlikely to hurt booksellers, as the six out-of-print books were among the famous children’s author’s slowest titles.