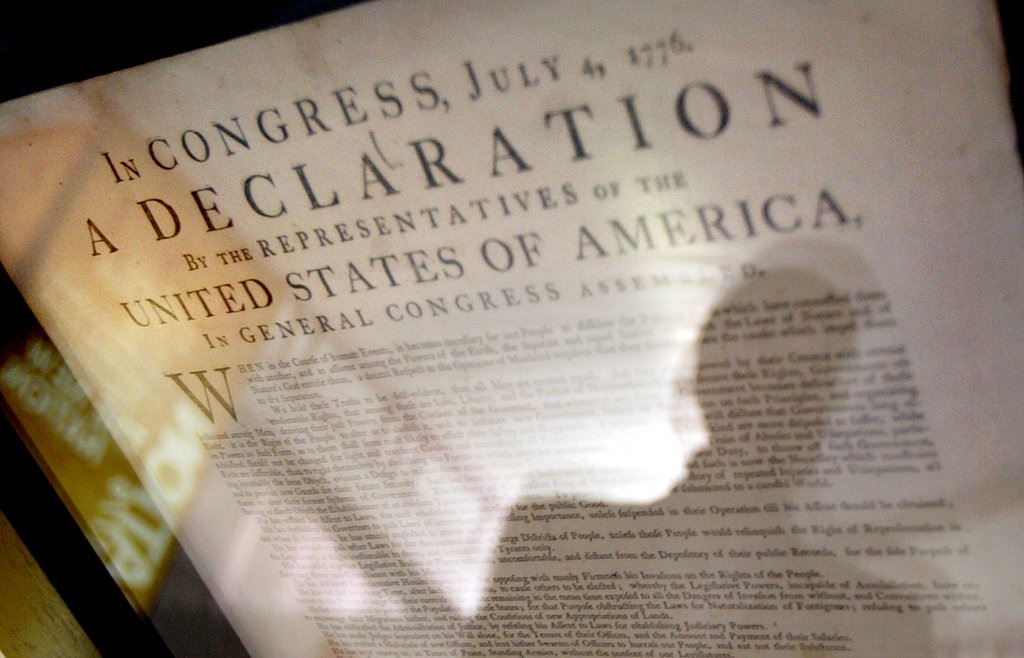 Democracy is on the brink in Kansas and the United States. Too many of us choose not to notice.

Kansas and all of the United States teeters on the edge of a treacherous canyon. If we fall into this vast gulf, getting back up will take years, if not decades.

Yet nearly half of us, if not more, prefer to ignore the gaping abyss.

As evidence, I present two separate but interconnected stories. The first appeared in Kansas Reflector over the weekend. It outlined the potential consequences of a case before the United States Supreme Court. Called Moore v. Harper, the dispute involves a bizarre concept called the Independent State Legislature Theory.

As a reformist journalist from Minnesota Michelle Griffith explained, if the country’s high court supports this theory, the consequences could well be cataclysmic. State lawmakers could “enact laws to make it more difficult to vote in federal elections without review by state courts. Legislatures could shorten the early voting period, restrict mail-in voting to certain counties and require voter ID, among other measures.

Legislatures — including the supermajority GOP’s imposed in Kansas — could have their way with election law. State courts could not stop them.

Now keep this scary scenario in mind as I move on to the second story.

The New York Times noted last week that more than 370 Republican candidates running this year have expressed doubts about the 2020 election. That’s the majority of those fleeing the party.

Kansas has eight GOP candidates for U.S. Congress, Governor, Secretary of State and State Attorney General. Five of them expressed such doubts about the integrity of the elections. (Let’s not forget the role of current Attorney General and Governor hopeful Derek Schmidt to challenge President Biden’s election.)

Consider all of this for a moment.

A whole party fell under the influence of the big lie of a stolen election. At the same time, the United States Supreme Court could hand over the keys to statewide elections to Republican-dominated legislatures. What could go wrong?

If the past is prologue, you can expect a bunch of conspiracy theories and terrible laws.

Just this last session, GOP Secretary of State Scott Schwab had to press repeatedly against peddlers from out of state. Lawmakers have shown themselves all ready to play along. Current attorney general nominee Kris Kobach has fought off a five-year epic battle against the ACLU, defending unconstitutional voter registration limits. Meanwhile, public confidence in our institutions continues to erode.

With such a backdrop, we can expect the Kansas legislature to press the outer limits of the independent state legislature theory if given the green light. Mind dizzy in misshapen quarters they could draw or the towering obstacles they might erect to deter voters. Who knows? They could decide that only landowners who sign patriotic pledges and carry guns can vote.

The canyon we face in Kansas seems particularly treacherous to me because of Republican rule.

Even if the United States Supreme Court leads the way in troubling doctrine, purple and blue states will surely see fierce resistance to bad policies. But the number of Kansas Republicans who would vote against their party leaders on election issues may well be extremely small. And once the laws are passed, without judicial review, Democrats could once again be barred from winning congressional elections in the Sunflower State.

Hyperbola? Maybe. But I would feel more comfortable if I saw more of the party defending our system of shared governance.

They could start by denouncing former President Donald Trump’s continuous barrage of acid lies. Instead, those who oppose the man have largely become Democrats or Independents. Those who remain maintain either an uncomfortable silence or a complete embrace for the future Potomac potentate.

I’m not writing this column because I expect to change my mind right away.

I write because we all need to understand what is coming.

I write because I believe it is the responsibility of all of us in the news media – journalists, editors and opinion columnists – to warn of what we see on the horizon.

Former Washington Post media columnist Margaret Sullivan recently weighed in The Responsibility of Journalists in the Age of Trump. In an excerpt from her new book, she admitted that the media had failed to adequately communicate the former president’s danger to our country. Too often, reporters found themselves distracted by the spectacle or constrained by standards that no longer applied. We can all learn from this experience and apply them in the future.

“Those who deny the 2020 election result certainly do not deserve a media megaphone for this persistent lie, which is likely to reappear in the upcoming presidential campaign,” she recommends. “But the media should go further: when covering such a politician in other contexts – for example, about Abortion rights or gun control – journalists should remind the public that this public figure is an election denier.

Sullivan adds: “Unfortunately, many media outlets – increasingly owned these days by huge corporations or hedge funds – seem more interested in ratings and profits than serving the public interest. Thus, they are extremely reluctant to offend any groups of viewers or voters, including many Republicans who bought into the lie about the stolen 2020 election.

Kansans turned out support abortion rights and moderate politicians. Some 570,000 Kansans voted for Joe Biden, more than 41% of those running in 2020. But voting was never enough — for Republicans or Democrats. We all need to get involved. We all have to watch.

“To see what is in front of your nose, it takes a constant struggle” George Orwell wrote.

We can still avoid the canyon.

But only if we see it first.

Get morning headlines delivered to your inbox