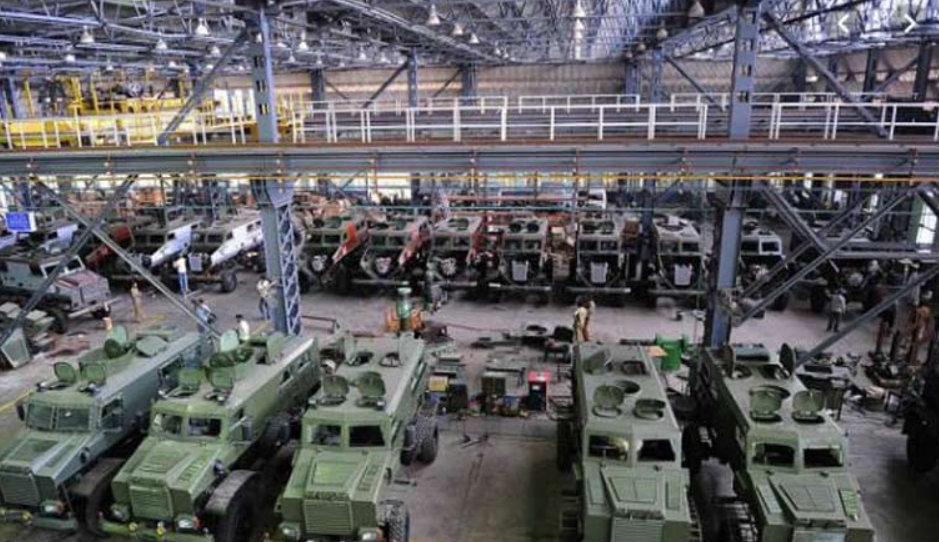 New Delhi: Days after the Union Ministry of Defense (MoD) claimed that the newly created defense companies were showing profits, suggesting a reversal in the trend of accumulating losses when administered by the former Ordnance Factory Board (OFB), recognized federations of defense employees called the comparison as “unfair”, made “to propagate half-truths”.

Six of the seven defense companies, created last year in October after the controversial corporatization of the OFB, provisional profits reported during the first six months of their activity, the MoD said in a statement early last month.

According to shared official estimates, none of the seven companies were making a profit when looking at their average half-yearly figures three years before OFB’s corporatization.

The recognized federations, however, rejected these claims.

“It is pertinent to mention that apples and oranges are not comparable. The OFB and the new DPSUs are incomparable until a fair and unbiased criterion/parameter of comparison is decided in advance,” they said in a joint letter dated May 23, addressed to the Minister of Defense Rajnath Singh.

The letter was signed by the Indian Federation of Defense Employees (AIDEF), Bharatiya Pratiraksha Mazdoor Sangh (BPMS), supported by RSS, and the Confederation of Recognized Defense Associations (CDRA).

On Friday, C Srikumar, Secretary General of AIDEF, said NewsClick that the picture the MoD is trying to paint is “misleading”.

“The latest data is nothing but a clever numbers game used to justify an unfair and unpopular decision,” he said.

He added that in doing so, the central government is also “ignoring” the potential “difficulties” that defense companies will face in the coming years.

However, these figures were only expected, argued the employee federations, given that the 2019-20 and 2020-21 financial years were strongly affected by the Covid-19 pandemic, “in which the import of materials has led to the breakdown of the national supply chain, a sharp increase in the price of materials, problems in the supply of spare parts, equipment and machinery, etc. have negatively influenced the operations of OFB.

“Orders worth Rs 3400 crore in the fiscal year 2018-2019 were cancelled, halfway through the Services and expenditures were incurred for the procurement of materials against these orders, so that the expenses were recorded in its book of accounts, however, the final product could not be issued”, the federations further indicated.

However, said comparison does not hold since the DPSU, “must not incur any expenditure on the accounts of Schools, Hospitals, Pensions, etc.” according to the federations, adding that this was not the case when calculating previous estimates. .

Notably, in 2016-17 and 2017-18, the OFB reported profits even including the above expenses, according to estimates shared by employee federations.

“Many DPSUs have indefinitely halted or drastically reduced any new spending responsibilities in the maintenance of buildings and infrastructure, which has already begun to affect employees in the workplace and their families in housing estates,” Srikumar said. NewsClick Friday.

Payments to micro, small and medium-sized enterprises (MSMEs) have also been “withheld or delayed”, he alleged, adding that several MSMEs have also filed complaints against these DPSUs over the matter.

Last year, the former OFB, overseeing 41 ammunition factories across the country, was dissolved into seven defense companies, in a decision slashed by the workers’ federation, which staged a strike to protest the same .

Later, the federations also challenged the central government for failing to deliver on its promise to dilute the terms of service for civilian defense employees after corporatization.