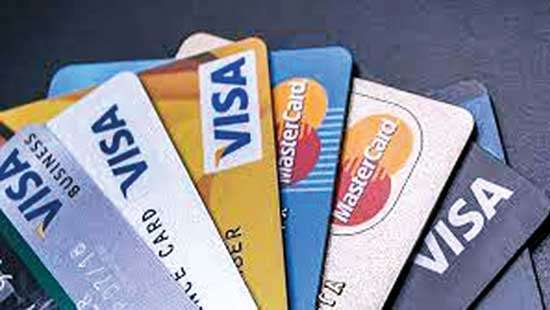 
Changing card balances through the end of July provided a glimpse of the large-scale pullback on consumer spending amid soaring prices of daily consumer goods as Sri Lanka joined the world’s basket case club of skyrocketing countries.

Central Bank data showed July’s credit card balance fell by 3.96 billion rupees, the biggest in recent months, tipping the year-to-date change to 564 million negative rupees, a sign that banks are preparing for smaller loan books and balance sheets when they close their books for the year than from when they started the year.

At the end of July, licensed commercial banks had a cumulative portfolio of credit cards in circulation of 132.72 billion rupees, compared to 133.29 billion rupees at the beginning of the year.

However, it remains to be seen whether the July crisis is a good indicator of what could happen in the coming months, as the severe fuel shortage that engulfed the first three weeks of the month may have skewed the figure as people have started working from home, cut back on travel and drastically reduced spending in restaurants, hotels and other recreational activities.

In any case, the large-scale pullback in consumer spending is the result of the Central Bank’s broader efforts to destroy demand in an effort to contain inflation which stood at 67% nationwide in course of the year until July.
Meanwhile, the June quarter earnings season, which ended about two weeks ago, provided a glimpse of what could come in the second half of the year, with most banks having reported moderate growth in their lending, which also largely came from massive, one-time foreign investment. currency translation discrepancies caused by the freefall of the rupee.

While consumers are also withdrawing purchases amid soaring prices as they feel the pressure on their purse strings, banks have also tightened their credit standards, making borrowing unaffordable and inaccessible to a large majority.

For example, credit card interest rates have doubled in less than six months to 36%, making card spending an unviable option and trapping card spenders in a spiral of debt.

Additionally, some banks have already reduced pre-approved limits for their cardholders, citing tough macroeconomic conditions to minimize what could become a hurricane of non-performing loans, while others are considering similar measures to mitigate the fallout. on a large scale of possible failures. .

Bank profits in the second quarter were hit harder, with some banks reporting losses mainly due to massive loan loss provisions and holdings of foreign currency-denominated financial assets, which multiplied against levels of last year.

Although credit card spending does not provide a close approximation of overall consumer spending in the country due to the extremely low number of cards in use, it does provide a distant measure of changes in employee spending habits.

However, consumer spending on a broader level has plunged to staggering proportions, with at least two-thirds of the population losing access to three meals a day after the economic crisis plunged much of the population into poverty.

Meanwhile, the number of cards in circulation fell by 2,927 in July after falling by 7,507 in June, as banks refrained from promoting new cards while getting tough on those who appeared to be willingly preparing to do so. default on their cards.