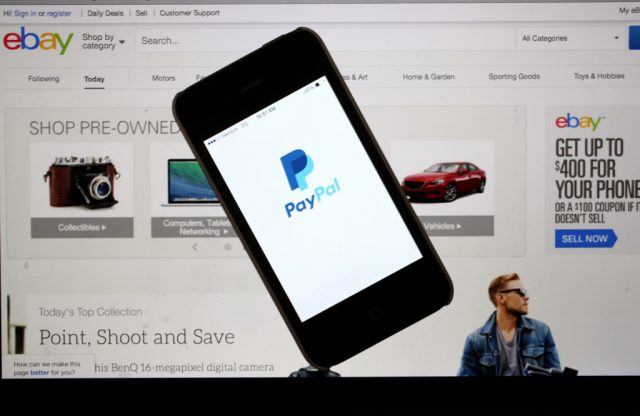 There was cash in the PayPal account â€” but it mysteriously disappeared.

In another account, PayPal put the funds of a small business on hold â€” for six months â€” because it mistakenly thought the company was selling weight-loss products.

More than $3,000 in a Venmo account was lost in translation between the app and the holderâ€™s bank account.

And one anguished user pleaded for government help after Square, which owns CashApp, left the owner unable to access money. â€œI will possibly be out on the street because of this and am just asking for what is rightfully mine,â€ the user complained. â€œI desperately need it.â€

About four of every five American consumers use a mobile payment app, and hundreds of bereft Californians â€” and thousands of others around the nation â€” have pleaded for official intervention to the Consumer Financial Protection Bureau since 2018, with an enormous spike in complaints during the pandemic.

â€œThe apps were originally marketed as a way for friends to split expenses. However, the ease of opening peer-to-peer (P2P) accounts, the ease of obtaining information about other users and a variety of ways to trick consumers have created new fraud risks to users,â€ said an analysis of mobile wallet complaints by the California Public Interest Research Group Education Fund.

â€œDigital app payments are generally â€˜instantaneousâ€™ and the app companies generally take the position that transactions are not reversible. Customer service for payment apps is minimal, sometimes lacking contact phone numbers or human interaction at all. In the absence of regulatory action, customer service improvements or security features appear to ratchet up only in response to reputational threats,â€ its report said.

The CFPB was created in the wake of the financial crisis of 2007-08 to protect the little guy from the machinations of big banks and Wall Street, and the agency has endured partisan warfare ever since. But CALPIRG said it needs to live up to the ideals of its mission and do more to protect consumers from woes plaguing the digital wallet sphere.

Consider the plight of Tiara Nourishad, a student at UC San Diego. She tried to repay a friend $100 for a series of ride-shares via Venmo, but she mistyped a letter in her friendâ€™s username. Her money sped off to someone else, who never responded to entreaties to return it. She asked Venmo to intervene, but got no response.

â€œI still had to pay my friend back, so I was just out $100,â€ Nourishad told CALPIRG.

President Joe Biden had troubles of his own: It took only minutes for BuzzFeed News to find the presidentâ€™s secret account, â€œrevealing a network of his private social connections, a national security issue for the United States, and a major privacy concern for everyone who uses the popular peer-to-peer payments app,â€ BuzzFeed reported.

CALPIRG wants policymakers to do two things: Ensure that consumers are protected when theyâ€™re defrauded into sending money, and require app providers to investigate errors and fraud, even when the consumer made the mistake or sent the money. Thatâ€™s an existing duty thatâ€™s not being enforced, CALPIRG said.

â€œWe really think itâ€™s time for the CFPB to force these payment apps to provide better protection and customer service,â€ said Jenn Engstrom, state director of the CALPIRG Education Fund. â€œPeople use these P2P apps for convenience â€” but thereâ€™s nothing convenient about not being able to access your money.â€

The pandemic has been good for mobile pay apps, as locked-down consumers bought essentials online and paid with â€œcontactlessâ€ transactions. That surge is reflected in complaints to the Consumer Financial Protection Bureau.

Since the CFPB started collecting complaints in the â€œmobile or digital walletâ€ category in 2018, there have been more than 10,000 complaints logged, according to its database through June. Nearly 7,000 of them have come since March 13, 2020, when the pandemic bore down.

The three most common complaints are problems managing, opening or closing accounts; problems with fraud or scams; and problems with transactions, including unauthorized activity, CALPIRG found.

â€œSomehow an individual was able to hack into my CashApp account which was linked to my bank account and fraudulently transfer $450 to themselves, also disable my phone notification so that I was unaware,â€ said one user, illustrating how easy it is for scammers to access usernames and phone numbers to take over accounts.

The companies said they are unwavering in their commitment to protect consumers and are constantly improving their services.

â€œWeâ€™ve always made preventing bad actors from using our platform a top company priority,â€ said a statement from PayPal and Venmo.

â€œPayPal combines technology expertise with enhanced manual investigatory work to help detect and stop these bad actors, as well as partners and collaborates with law enforcement to help prevent customer and platform exploitation. If users believe they have been the target of potentially unauthorized activity, we encourage them to reach out to our customer service teams.â€

For Venmo specifically, itâ€™s important to point out that some fraud occurs when customers violate the user agreement, such as not purchasing from an authorized merchant, the statement said.

A statement from CashApp stressed ongoing efforts on customer education, user profiles that can be checked to ensure money goes to the proper person, and fraud and scam monitoring and reporting. â€œThese efforts are ongoing, and weâ€™re constantly investing in new processes, applying machine learning to improve our systems, and incorporating customer feedback,â€ it said. Cash Appâ€™s phone number is 1-800-969-1940.

Coinbase said it strives to be the most trusted and easy-to-use platform for accessing the cryptoeconomy.

â€œWe understand how frustrating it is when our customers experience issues such as the inability to access their account or make transactions,â€ the company said in a statement. â€œImproving our customer support experience remains a top priority. In the past few months, we have quadrupled our capacity across our support team, and have delivered new technology and methods to resolve our customersâ€™ most pressing issues faster. For example, we have recently updated our two-factor authentication and improved our identity verification process to reduce friction for account recovery while maintaining our security standards.â€

The Consumer Financial Protection Bureau didnâ€™t comment on CALPIRGâ€™S suggestions for action, but said this by email: â€œThe law provides important protections for consumers who use peer-to-peer apps and the CFPB takes complaints about peer-to-peer payments seriously.â€

Engstrom, from CALPIRG, wants more from the federal regulator.

â€œWe think the CFPB can do more to enforce the inadequate (Electronic Funds Transfer Act) law when companies donâ€™t comply with their reinvestigation responsibilities, but we also think Congress needs to fix the law,â€ she said. â€œThe law doesnâ€™t protect consumers against fraud-induced payments when initiated by consumers to scammers.â€

When a consumer is tricked by a scammer into pushing â€œsend,â€ itâ€™s not considered an unauthorized charge as defined in the law. You can sometimes stop payment on a check, dispute a credit card charge or cancel a bill payment â€” but new mobile payment services generally donâ€™t have a recall feature, the CALPIRG report said.

So whatâ€™s a consumer to do? Proceed with caution. CALPIRG offers these tips:

Engstrom is currently planning a wedding, and has been paying her vendors with P2P apps. On her to-do list this week: Link the apps to a credit card, not her bank account.