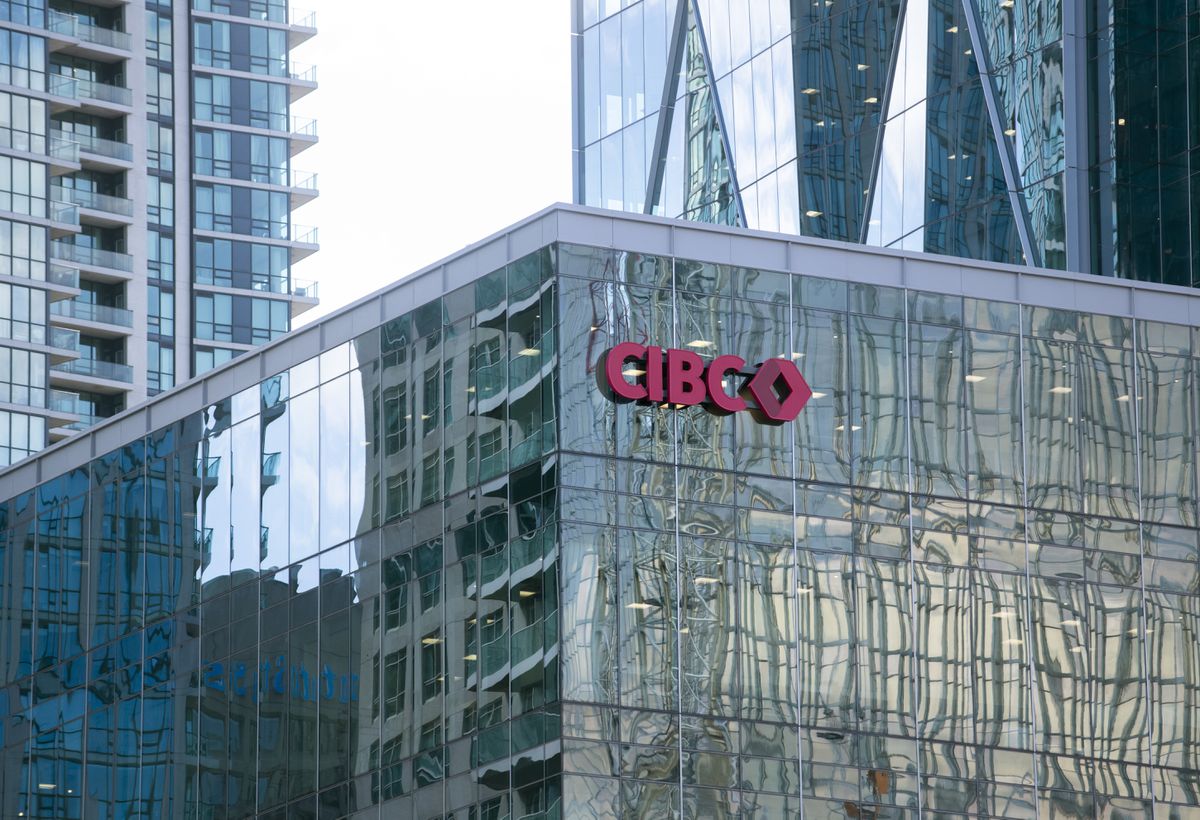 Canadian Imperial Bank of Commerce CM-T raised its profit target in a show of confidence as CEO Victor Dodig told investors on Thursday he had built a different and more reliable bank.

CIBC raised its target adjusted earnings per share growth rate from 7% to 10% per year through 2025, from 5% to 10%, and forecast similar levels of revenue growth in investor presentation held at its new Toronto headquarters. The bank also raised its adjusted return on equity target from 15% to 16%.

Mr. Dodig called CIBC a “booming bank” on Thursday, as he has done many times lately. Under his leadership, CIBC invested in its retail banking division to make it more stable and user-friendly, and carved out a niche for itself in the US market, focusing on commercial banking and wealth management. It merged commercial banking and wealth management units to ensure its lines of business referred to customers more often, and diversified into new ventures, increasing lending to tech start-ups and offering free digital banking services.

Dodig often speaks of “the bank we are today,” pointing to increased customer and employee engagement scores and contrasting a reputation for missteps and uneven performance that has plagued CIBC in the past. Today, in the face of an uncertain economic outlook shaped by high inflation and rapidly rising interest rates, Mr. Dodig told investors that CIBC will adjust as needed, but that “part of our strategy is to remain consistent and non-volatile”.

“While I recognize the economic volatility the world is going through due to inflation and interest rates, our strategy is not cyclical, our client focus is not cyclical,” he said. in an interview.

CIBC bankers greeted investors at CIBC Square, the Bank’s new headquarters located just south of Toronto’s financial district. It’s one of the most visible symbols of the changes at CIBC, which also include rebranding with a new logo. These were significant investments – Mr Dodig suggested on Thursday that the name change had cost nearly $200 million. Asked Thursday by TD Securities Inc. analyst Mario Mendonca how he justifies the spending, Dodig said he felt “very, very good” about the performance.

One area where CIBC has improved its retention rates is with its large portfolio of mortgage customers, 92% of whom now renew with CIBC at the end of their term. The bank also has made a series of changes to systems and processes to make it easier for customers to open accounts and for employees to encourage them to deepen their relationships with other products and services. CIBC’s recent acquisition of retail giant Costco’s credit card portfolio is also driving an influx of new customers – 75% of the two million cardholders had never banked with CIBC previously.

The U.S. banking arm, CIBC Bank USA, is expected to be the fastest growing division, with a goal of growing revenue 10-13% per year through 2025. The division now generates 21% of profits from CIBC, up from just 2% in 2016, and Mr. Dodig hopes it will contribute 25% in three years.

Much of that growth came from $6 billion acquisitions, mostly from Chicago-based PrivateBancorp Inc.. to corporations and wealthy families – and has only expressed interest in entering into smaller deals to add to its US wealth management business.

The bank also emphasized its new activities. One is its innovation banking unit, which serves early-stage to mid-stage tech companies and aims to triple its pre-tax profit by 2025, up from $59 million last year. Another is the Direct Financial Services (DFS) division, which includes digital banking Simplii Financial, do-it-yourself investing platform Investor’s Edge and a group that offers digital global money transfers, currency conversion foreign and international payments for students. The bank thinks DFS’s revenue could grow by 15% or more per year.

Still, these fast-growing units, along with the bank’s core mortgage businesses, could face a period of slower growth as rising borrowing costs sap the momentum of strong real estate growth. and technology. And that could make CIBC’s new, higher profit target harder to hit.

“If there’s a downturn, it may slow down some of the growth in certain product categories,” Dodig said. “But again, we are banking relationships, we are not banking products.”

Your time is valuable. Receive the Top Business Headlines newsletter in your inbox morning or evening. register today.