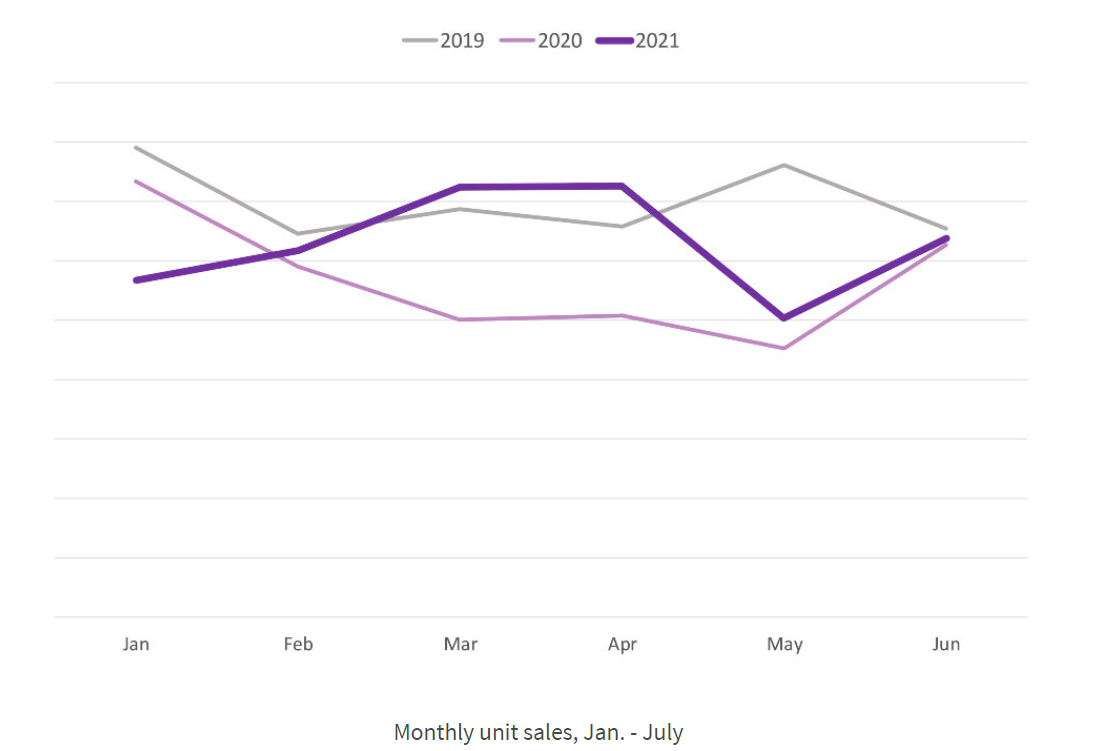 A new report from BookNet Canada, the organization that compiles sales and other data on Canadian publishing, shows that book sales for the first six months of 2021 were much stronger than in 2020, but n have not yet reached the level observed in 2019.

According to BookNet, print sales for the first six months of 2021 increased 11.2% compared to the comparable period of 2020, reaching C$463 million ($370 million), while unit sales increased by 7.6%, to 22.5 million units. Still, sales during the period were around C$15 million and one million units lower than 2019 figures at the same time last year.

Canadian bookstores, particularly those in Ontario, suffered one of the longest lockdowns in the world, but began to reopen in the spring, sparking a sales surge that saw sales in March and April 2021 well ahead of those of 2020 and 2019, according to the report.

Books for children and young adults accounted for 42% of all print book sales in the Canadian English-language retail market, up from their share of 41% for the same period in 2020. Next come non-fiction at 30% of sales and fiction at 27%. %. Sales of headlining titles accounted for 27% of sales – up three percentage points from 2020 – and several categories showed strong growth, including comics and graphic novels (up 92 %, with the manga category showing significant increases of 145%). poetry (up 81%), psychology (up 84%) and YA fantasy (up 129%).