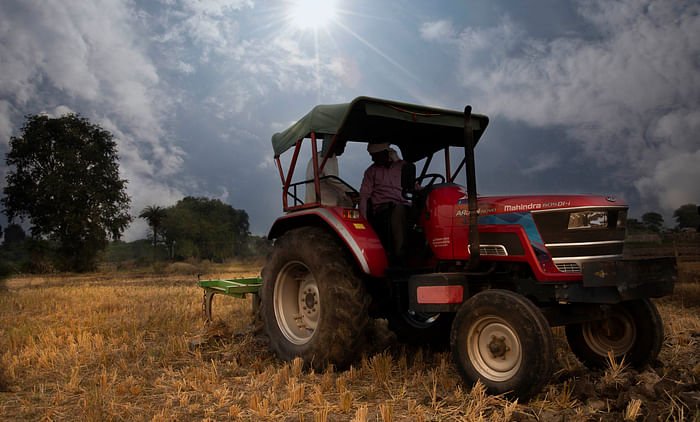 Mahindra & Mahindra Financial Services, which has a loan portfolio of ₹63,099 crore, violated the Reserve Bank of India’s guidelines on debt collectors and its own board-approved principles under the policy corporate liability, following the incident of his recovery by a third party agent running over a borrower’s pregnant daughter while seizing the tractor?

The macabre incident happened in Hazaribagh district, Jharkhand on September 15 when the 27-year-old tried to stop a loan collector from seizing her father’s tractor due to loan debt . Local police have filed a murder complaint against the loan collector and an official at the private lender, which has the largest market share in tractor finance.

According to an agency report, the farmer had borrowed ₹1.3 lakh from Mahindra Finance to buy a tractor and as he defaulted, his tractor was seized. The loan collector reportedly fled with the tractor parked at a gas pump, prompting the farmer to chase after the vehicle. During the melee, the farmer’s pregnant daughter, who tried to intervene, ran under the wheels of the tractor.

For NBFC, the East (including Jharkhand) accounts for 25% of its trading assets, as of June 2022, and 20% of its disbursements.

While such instances of debt collector authoritarianism are commonplace in the microfinance space, it is rare to see such an approach from an established NBFC, this too just a month after the central bank issued a circular on August 12. The note states that the “Reserve Bank of India has from time to time informed Regulated Entities (REs) that the ultimate responsibility for their outsourced activities rests with them and they are, therefore, liable for the actions of their service providers, including debt collectors.” The circular states that “any violation in this regard by REs will be considered seriously”.

It remains to be seen how the central bank will react to this incident.

While Mahindra Group Chairman Anand Mahindra was quick to tweet his condolences to the bereaved family, Anish Shah, Managing Director and Chief Executive Officer of Mahindra Group, parent company of the non-banking financial firm, also tweeted his condolences. issued a statement that the company will investigate the incident in all its aspects and review the practice of “using existing third-party collection agencies”.

The incident clearly violated most of the principles of the company’s BR policy, which state the following:

Principle 1 Businesses should conduct and govern themselves ethically, transparently and responsibly.

Principle 3 Companies should respect the interests of and be responsive to all stakeholders, especially those who are disadvantaged, vulnerable and marginalized.

Principle 9 Businesses should engage with their customers and consumers and add value to them responsibly.

The presentation also mentions that despite the seasonal volatility, the company was able to limit the increase through “targeted collection efforts, including timely repossessions.” NBFC, by the way, is well capitalized with the highest capital adequacy at 25.9% and a coverage ratio of 58.1%.

Incidentally, the company’s annual report states that the company’s “Human Rights Policy Statement” applies to all employees and should be reciprocated by other stakeholders, including partners, suppliers, vendors and contractors, as part of the company’s commitment to human rights.

The company had introduced a mandatory human rights e-learning module on internal learning platforms. The 40-minute module discusses human rights and the importance of respecting them for business development and has been specifically tailored for its employees and linked to its policies.

The annual report also mentions that no complaints from stakeholders were received during the past financial year with regard to human rights. Most importantly, the report goes on to state that companies must respect the interests and listen to all stakeholders, especially those who are disadvantaged, vulnerable and marginalized.

Did someone say ESG?