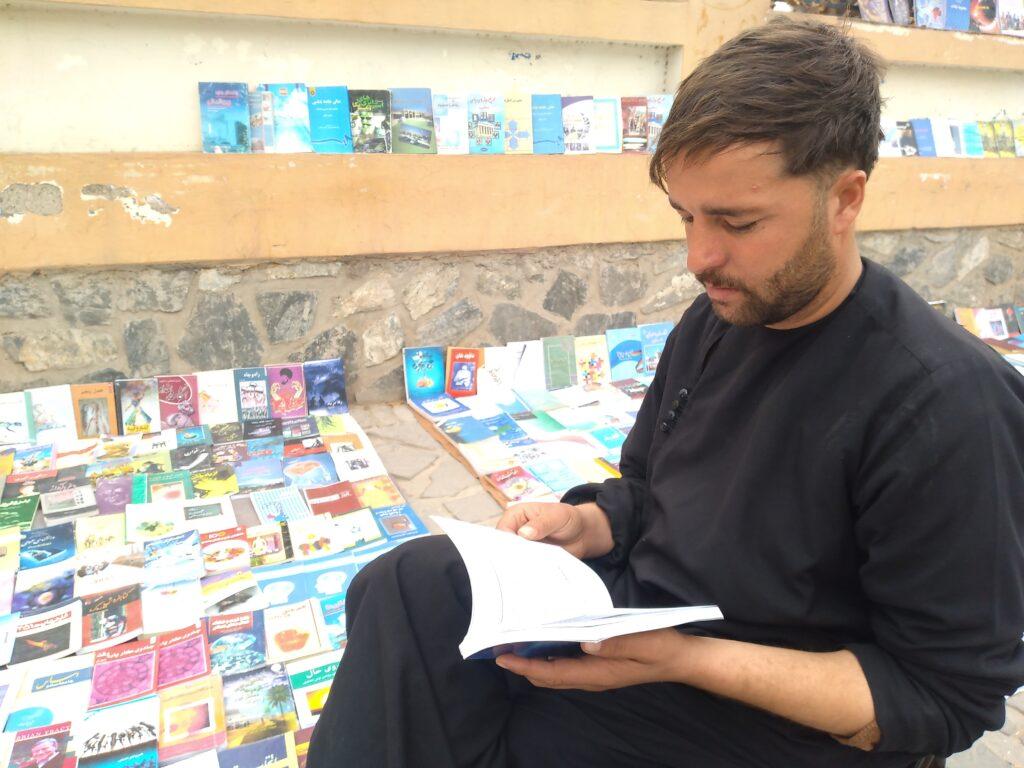 HERAT CITY (Pajhwok): Booksellers in the capital of the western province of Herat are complaining about sluggish business, saying they are going through a tough time.

They say the buying and selling of books has reached an all-time low in Herat City, where people – especially young people – have lost interest in reading.

After last year’s political change in the country and the migration of university professors, the bookstands, where young people and other people used to gather, fell silent. This had a direct negative impact on booksellers.

Gul Ahmad, a bookseller, told Pajhwok Afghan News that with the fall of the previous government and the ensuing brain drain, their business had shown a downward trend.

It became difficult for him and other booksellers to attract buyers. He claimed they couldn’t even afford the rent for their shops

Juma Ahmadi, another bookseller in Herat, recalled that they sold books worth 10,000 afs a day in the past. But sales have now dropped to 2,000 business.

Resident Ahmad Javed, meanwhile, expressed deep concern over the declining reading culture in the city. The existence of social networks and their misuse have eroded public interest in reading books, he noted.

Chief Information Officer Javid Dargham has pledged to launch book reading competitions and organize exhibitions to encourage a culture of reading among students.

“We have planned events that will be organized to promote book reading culture in Herat,” the manager said.

Nasir Armal, a graduate of the University of Herat, warned that future generations would be affected if the culture of reading continued to haunt society.