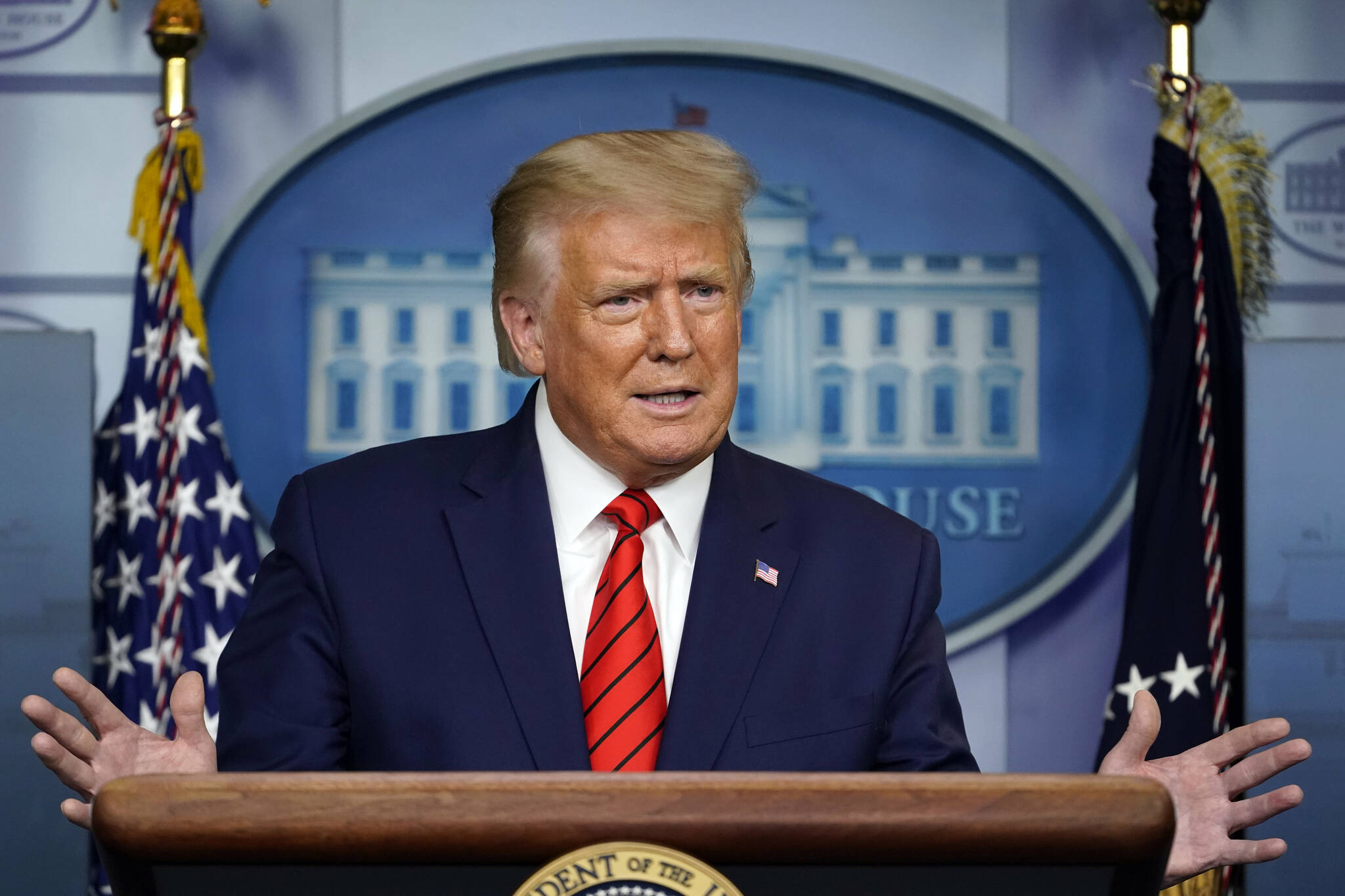 While researching his new biography, Confidence Man: The Making of Donald Trump and the Breaking Up of America, well-connected journalist Maggie Haberman, senior political correspondent for the New York Times and CNN political analyst, secured three interviews with the former US president – despite her denunciations of her “fake news” journalism. (Predictably, after the book’s release, Trump also called the book a “fake” and her a “creep.”) Gossip among fellow Washington reporters is that the narcissist Trump is “fixed” on her, and, indeed, he facilitated the first of her talks with him. She also spoke to hundreds of other people in Trump’s orbit before and after his election.

Prior to the book’s release, juicy details were highlighted in the press and on CNN’s website, each picked up by print and online media, leading to many more articles and comments. . No publisher or author could ask for more.

And yet, revelations that during one of the interviews she had with Trump between March and August 2021, have him more or less admit to taking White House documents with him to his Mar- a-Lago, although “nothing of great urgency”, as he said. Reliable sources also told him that Trump was seriously considering refusing to leave the White House after losing the 2020 election. Both revelations have led to many hostile comments and tweets.

Media pundits, commentators and others wanted to know why she didn’t reveal these crucial details as soon as she learned about them? Didn’t the “people” have the right to know? Instead, she kept this information for over a year so she could use (and probably benefit from) it in her book.

“Oh well, another fact, vital to the safety and continuation of the nation, that @maggieNYT hid from the public for many months, even a year and a half, so she could put it in her goddamn book” , Political and sports commentator and podcaster Keith Olbermann tweeted on September 12, after news broke of Trump’s plans to stay in the White House.

Similarly, Amie Wexler, an attorney with the Oregon Justice Resource Center tweeted, “Why didn’t Maggie Haberman report this in real time? Don’t buy his book. Do not reward this behavior.

The actor added Dash Dobrofsky, host of the podcast, Uncovering the Truth: “Maggie Haberman put profit before journalism. She put book sales ahead of democracy.

After ignoring these biting criticisms for a few weeks, Haberman finally addressed them in an interview in early October with Erik Wemple, the Washington Postthe media columnist of (she did not respond to my request for comment). She told Wemple that “she worked with the Time and its publisher to deliver the news when it was most relevant”; his example was a story from last February that, as Wemple noted, “White House Residence staff periodically discovered wads of printed paper clogging toilets – leading them to believe that Mr. Trump had attempted to empty documents”.

The New York Times makes a similar statement (as noted in a Time article of September 12): “Maggie Haberman took leave of the Time to write his book. While writing the book, she shared a lot of newsworthy information with the Time. The editors decided what information best suited our story.

As for that story of Trump refusing to leave the White House that she saved for her book, Haberman defended her actions like this in a recent interview with BBC Radio host Zeinab Badawi: “When I learn information and it’s confirmed and reportable, my goal is always to get it out there as soon as possible I wanted to paint a fuller picture and it’s a process of going back and revisiting scenes and questioning sources and often reveals new information.

In a response to Dobrofsky’s Sept. 12 tweet, Cleveland’s Cary Luber tweeted, “Maggie is a reporter…she has no responsibility to report politics…she is free to choose what and when.”

Indeed, Haberman is a journalist and author. His literary agent, no doubt, got a big cash advance from his publisher, Penguin Press, an imprint of Penguin Random House. Haberman, like the Time acknowledged, took time off to research and write the book, conducting about 250 interviews (including three with Trump).

What should she have done?

Does a journalist like Haberman have an ethical and moral responsibility to share with the public the important information she has obtained through her diligence? Information that could have important ramifications, as claimed by its detractors on Twitter.

What about his professional obligations? Obligations to his publisher compel him to write the best possible book that will hopefully be a bestseller. A book that will not only improve the publisher’s bottom line, but will also lead to other books for her for which she will receive even larger advances. It’s his career, after all.

For the righteous among us, this debate may seem like a no-brainer: the journalist must reveal significant facts, however troubling, about a politician, especially if that politician is trying to regain high public office. Yet, like many problems, this dilemma can be more gray than black and white. As Luber says, a journalist is not a public figure and has no constitutional duties to perform. Additionally, she has signed a contract to deliver a manuscript with her publisher’s assumption that it will be as revealing and sensational as she has certainly promised. Why should she leak some of the key stories months before the book hits shelves?

“I don’t think a journalist has an obligation to share information in their possession until they are ready to do so,” says Ken Whyte, author, former magazine editor and editor. a newspaper (the national post), the former editor of Maclean’s, and the president of Rogers Publishing, which now operates its own publishing house, Sutherland House. “This is particularly the case when the journalist has made it known to his sources that the interview or research is for a book.”

Doug Pepper, publisher of Signal Books and head of the editorial team at McClelland & Stewart adds: “From my point of view, there is a responsibility on our part as publishers of books and on the part of the author to be very transparent with each other so that this problem does not arise after the contract is signed. If you buy a book from a journal writer, who promises to have all of these sensational things in the book, I expect that’s what the author is going to deliver.

It is an ethical puzzle that Washington Post Deputy editor Bob Woodward of Watergate fame was also confronted for one of his Trump books (is there a pattern here?). Woodward, who has interviewed the former president several times over the past few years, posted Ragehis second in a trilogy on the Trump presidency, in the fall of 2020. Like Haberman, he too has been lambasted for placing his writing career and professional obligations above his ethical and moral responsibilities as a citizen. honorable.

Early September 2020, shortly before Rage was released, news reports revealed that Trump told Woodward in February 2020 and again the following month that the novel coronavirus was more dangerous than the flu. When the news was reported in the Washington PostWoodward has been roundly criticized for not informing the public much sooner, particularly in light of the impending presidential election in November.

Didn’t Woodward feel he had a public duty to inform Americans months earlier, before one of the most important elections in US history, of this glaring lack of leadership? The answer: not really.

In response to this outcry, Margaret Sullivan, the Job’The media columnist wrote a column in which she offered Woodward’s defense for that decision to withhold this crucial information — a defense that, it must be said, was weak. Woodward covered his civic responsibility. He claimed that when Trump first told him about COVID-19 in February 2020, the pandemic — or at least our understanding of it — was still in its infancy and he didn’t know if Trump , a serial liar, was telling him the truth. “My job,” as a writer, he told Sullivan, “is to figure it out and hold [Trump] responsible, and to hold myself accountable… i did my best [toward those ends.]Pressed by Sullivan to find out why he didn’t reveal this in May or June [2020] when the virus was exploding and he knew the truth about the matter, he said he wanted to offer in the book “the best version of the truth obtainable”. Again, (similar to Haberman’s defense) this is a rather lame explanation in which he put his book ahead of the public interest. But he just didn’t want to say it.

Interviewing a reporter of Woodward’s stature at the Job is not easy. But Sullivan rightly disputed his flawed reasoning. “I don’t know if releasing the most recent revelations from the book in something closer to real time would have made a difference,” she concluded. “They could very well have been denied and soon forgotten in the constant onslaught of new scandals and lies. Still, the chance – even if it’s a slim chance – that these revelations could have saved lives is a powerful argument against such a long wait.

As an author, I wondered what I would do in a similar situation and in all honesty, I’m not sure. If, in the course of researching a book about a prime minister or a school principal, for example, I find that they have been blatantly lying or that they may have committed a crime, I hope that I’ll reveal this news as soon as I hear it and that I won’t wait for my book to come out a year later – even though it irritated my agent and publisher. Still, it’s a tough call.

The added difficulty in the cases of Haberman and Woodward, of course, is that both authors are writing about Trump and his lies and corrupt acts. The possible ramifications of knowing what he did earlier could have been critical; we have no way of knowing, however. But given the emotional roller coaster and angst that Trump engenders, every story and action about him is heightened tenfold. This explains the vocal and visceral reactions to their decisions to withhold damning information about him.

If you enjoy coverage of the Manitoba arts scene, help us do more.
Your contribution of $10, $25 or more will enable Free Press to further our theater, dance, music and gallery reporting while ensuring that the widest possible audience can access our arts journalism.
BECOME A SUPPORTER OF ARTISTIC JOURNALISM
Click here to learn more about the project.