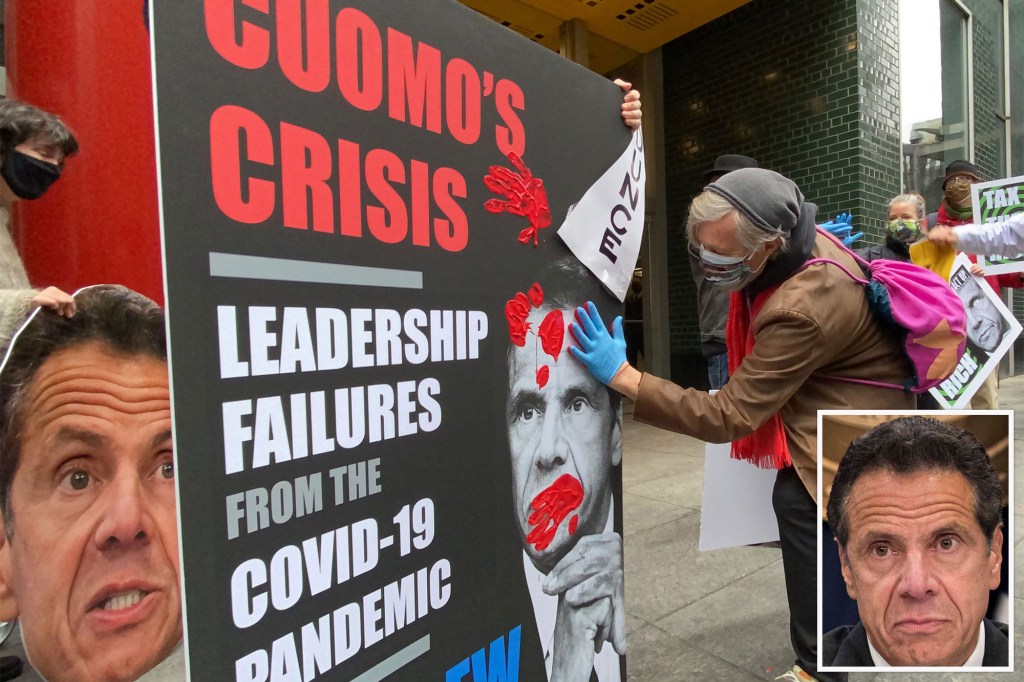 New York State’s ethics watchdog issued a new order Friday in an attempt to coerce the disgraced ex-governor. Andrew Cuomo to return the $5 million in book profits he allegedly made on the backs of taxpayers amid the worst of the COVID-19 pandemic.

An original order approved by JCOPE in December tasked Attorney General Letitia James’ office with enforcement, including how to recover Cuomo’s money.

But the AG’s office refused to take action, saying the order was flawed and concluding it would be illegal to do so without JCOPE first conducting a full investigation into how Cuomo allegedly abused state resources to work on his memoirs in the time of the pandemic.

To circumvent the legal dispute with James, the resolution approved Friday, introduced by Commissioner David McNamara, a Senate-appointed Republican, would require JCOPE to hire special counsel to enforce the order.

But State Comptroller Tom DiNapoli is expected to approve the use of additional state taxpayer funds to cover JCOPE’s legal costs to take on a defiant Cuomo, who refuses to return accounting profits. He has also already placed some of the proceeds in an irrevocable trust for his three daughters.

James – whose investigative report from the office forced the Democratic governor’s three-term resignation after substantiating a series of accusations of abuse and harassment leveled against him by former staffers – has his own open investigation to find out if Cuomo misused taxpayer resources to publish the book.

The much-criticized JCOPE originally approved Cuomo’s request to publish the book – “American Crisis: Leadership Lessons from the COVID-19 Pandemic” – at the height of the outbreak, based on assurances that he would not not use government employees or other state resources. to prepare it.

Commissioners later claimed Cuomo violated ethics rules by using state employees to help on the book and both revoked their approval and sought to “return” his profits.

Cuomo claimed the employees volunteered to help on their own time and that he did not misuse public resources, which is illegal under the Public Officials Act.

A representative for Cuomo mocked the latest JCOPE edict.