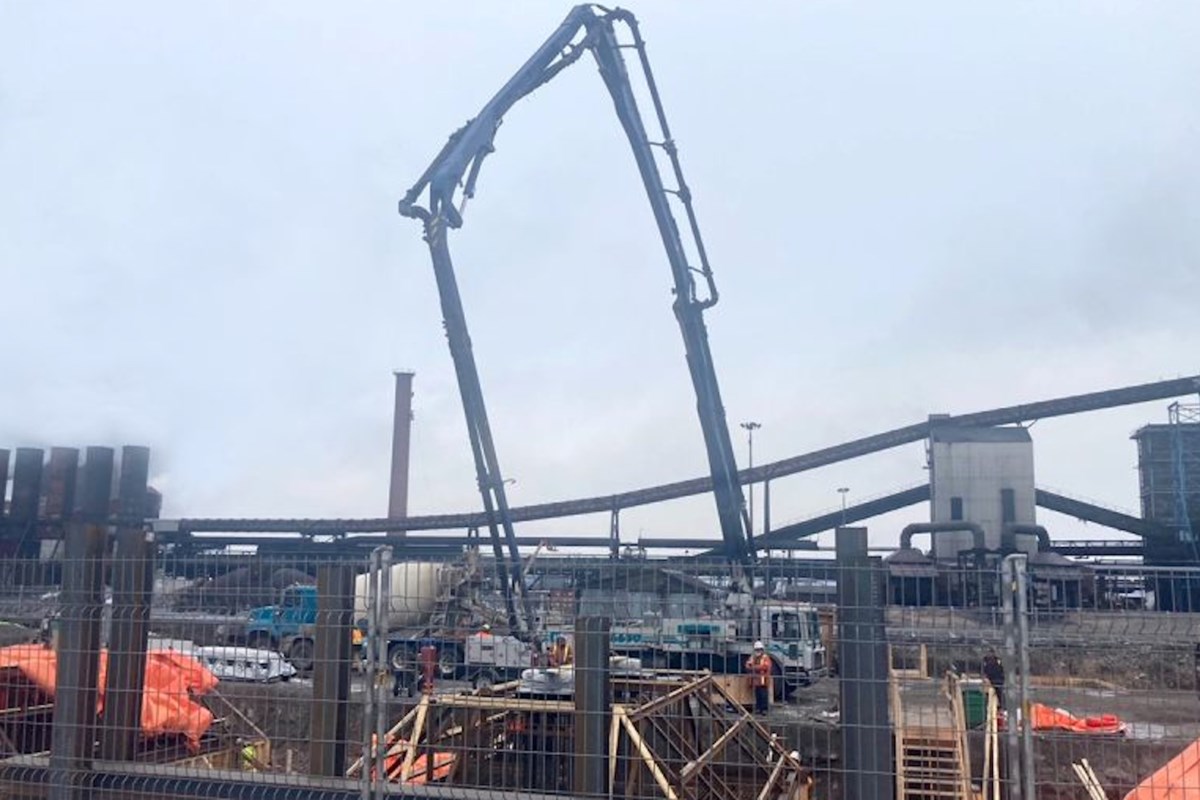 Soaring prices and demand for steel in North America led to a historic year for Algoma steel.

This week, the company announced its fourth quarter and full year results for its fiscal year 2022, ending March 31.

Cash flow generated from operations exceeded $1.2 billion, a significant improvement over the $8.1 million posted during the same period last year.

Company management said the fourth quarter capped off what it called an “incredible” but also “tumultuous” year for Algoma, which produced record revenues, profitability and cash flow.

Algoma manufactures sheet and steel plate for a North American customer base of approximately 150 customers, but primarily for the automotive industry.

Shipments were lower than expected, which was attributed to issues beyond their control, with logistics and supply change issues on the customer side and pandemic-related challenges. The cost of raw materials, particularly iron ore, scrap and alloys, increased during the year and is expected to increase further in the coming months.

Although prices have stabilized since April, Algoma said prices remain attractive and will remain strong due to demand for steel, particularly plate, from the automotive, construction and oil and gas.

Based on this unmet consumer demand, Algoma management remains “rather optimistic” about the resulting steel demand heading into the new fiscal year, based on what it currently sees in the order book and the health of the used car market.

Garcia recently replaced Mike McQuade, who ran Algoma when it emerged from creditor protection three and a half years ago. McQuade will remain on Algoma’s board of directors.

In his opening remarks, McQuade called his years at Algoma “among the most rewarding of my career.”

He characterized fiscal 2022 as a period of “profound change” for the company which saw a return to the markets, the repayment of considerable long-term debt and the start of construction of a new complex. electric arc furnaces (EAF). .

The two twin furnaces are expected to be commissioned in 2024 and will allow Algoma to dispense with coal-fired steel production and blast furnaces for the first time since the company was founded at the turn of the last century.

The $700 million project will give Algoma an annual steel production capacity of 3.7 million tonnes, matching its downstream steel finishing capacity. The furnaces will reduce Algoma’s carbon emissions by 70%.

Construction schedule and project appear on time and on budget.

Algoma maintains that the EAF will position them as a “next generation” steelmaker.

“These are exciting times and a bright future for Algoma,” said McQuade.

The company is also making $120 million in upgrades to its sheet metal plant, which are expected to be completed by November. It will increase the nominal capacity from 350,000 tons per year to 700,000 tons.

Garcia said he is excited about the quality of the plate Algoma will bring to market, as they can already see the “leap in quality” with the hot tests currently underway.

Knowing the highly cyclical nature of steel markets, Garcia said the company would stay the course when it comes to taking a disciplined approach to cash management, given the price market volatility at during the last quarters.

While Algoma expects to be a strong free cash generator over the long term, Garcia said he will follow McQuade’s stated approach of “living within our means, not spending money we didn’t have or that we don’t plan to ultimately achieve”.

Algoma is in negotiations with its two unions on new contracts. Existing contracts expire at the end of July.

Garcia said Algoma hasn’t seen a strike in more than 30 years and he expects conversations to remain productive over the coming weeks.

He did not provide much follow-up information on what could be substantial government fines imposed by a recent oil spill on the property which spilled over 20,000 liters into the St. Mary’s River.

Garcia said they had discussed the situation with Algoma’s insurers, but could not provide any information on a final decision or the amount of a fine.

He called it a “very disappointing incident”, noting that the source of the spill has been safely contained, all relevant officials have been notified and Algoma is working on the required next steps.