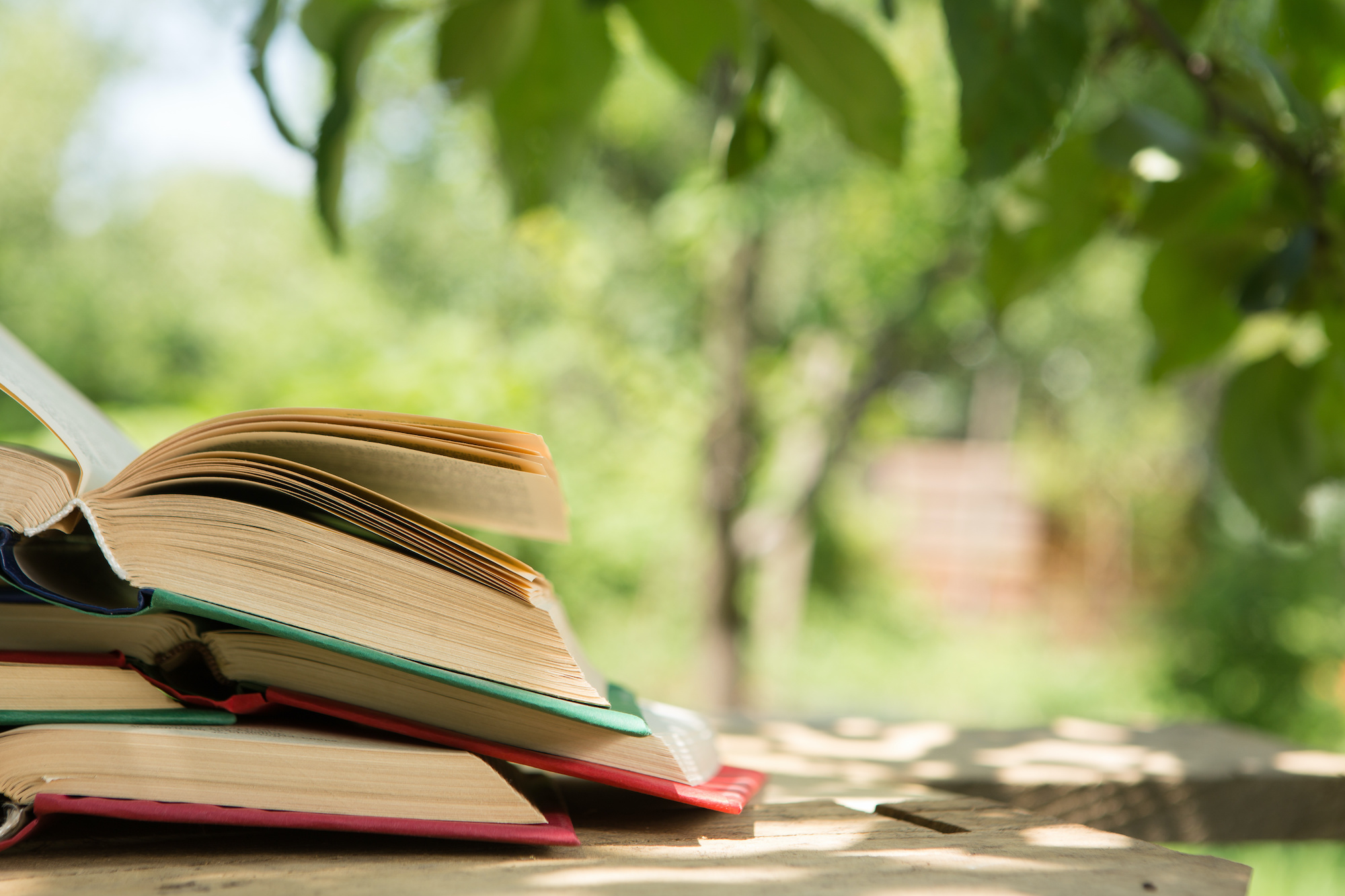 It’s not too late to build your summer reading list.

Affordable Housing Finance has asked a number of leaders to share the books they’ve spent time with this season.

The nonfiction-heavy list offers a good mix of business, history, social justice, self-improvement, and books you won’t want to put down.

“The Donut Economics: 7 Ways to Think Like a 21st Century Economist” by Kate Raworth

On my bedside table: Donut Economics by self-proclaimed “rogue economist” Kate Raworth. Essentially, it describes how we should balance the needs of humanity and the environment when talking about the economy. As an advocate for more sustainable and resilient homes and communities, it’s great to see economists like Raworth think about how we can live with a strong social foundation, but also within the ecological and planetary limits of our world. —Priscilla Almodovar, President and CEO, Enterprise Community Partners

“His Name is George Floyd: One Man’s Life and the Fight for Racial Justice” by Robert Samuels and Toluse Olorunnipa

A harrowing description told by investigative journalists. I continue to be curious about how we can learn from this tragedy and the life and legacy of George Floyd. —Ken Lombard, President and CEO, BRIDGE Housing

The book recounts the indelible mark Trammell Crow had on the people and culture he created that ultimately translated into commercial success. He talks about the principles that have stood the test of time, the adversity he and his organization have had to overcome, and the innovations that have kept them going and becoming a market leader. What was most impressive were the relationships that were built over the decades as they nurtured and created value for the people and businesses in Trammell’s orbit and were the real secret sauce that created his legacy. —Antonio Marquez, Managing Partner, Comunidad Partners

“Freewater” is a historical novel about the escape of two child slaves from a plantation and the many ways they find freedom. The story is a tribute to the maroon communities of the Great Dismal Swamp – one of the least told stories of resistance to slavery in American history – and is about the survival and courage of self-empowered black people who rejected slavery and created a community of their own. A must read for young readers and anyone who enjoys a good adventure. —Renee M. Willis, Senior Vice President for Racial Equity, Diversity and Inclusion, National Low Income Housing Coalition

“We Do This ‘Til We Free Us: Abolitionist Organization and Transforming Justice” by Mariame Kaba

A collection of essays written by and with Mariame Kaba, “We Do This ‘Til We Free Us” is a deeply empowering book for anyone who thinks we can reform ourselves out of oppression. His book offers a vision of the kinds of transformations required in the struggle for collective liberation. Kaba reminds us that organizing is built on hope, gratitude, creativity and relationships as well as a clear understanding of the failings of our current society. —Willis

“Say Nothing: A Trust Story of Murder and Memory in Northern Ireland”

by Patrick Radden Keefe
“Say Nothing” is about the conflict in Northern Ireland, but more specifically about the abduction of a mother of 10 children from her home, in front of her children. The book returns to the context of the conflict between the Protestant/British government and the Catholics of Northern Ireland. Lots of history, but it goes back to the story of those who “disappeared” during the Troubles. The truth about what happened to them stems from a Boston College project to interview participants in the conflict with the promise that no interviews will be published until the participant dies. Scotland Yard hears about the Boston College project and, through legal process, obtains all the interviews, leading to many revelations. —David Gasson, Partner, MG Housing Strategies

“Inside Game/Outside Game: Winning Strategies to Save Urban America” by David Rusk

I took a particular interest in this book as it develops beneficial strategies that I have implemented in my career working with urban and suburban housing agencies; specifically, this book has supported my work with regional housing initiatives in the Chicago area. One of Rusk’s key points is this: achieving real improvement requires matching the “inside game” with a strong “outside game” of regional strategies to overcome growing fiscal disparities, concentrated poverty and poverty. ‘urban sprawl.

This is a must read if you are in the housing industry (or plan to be in the industry) and passionate about supporting regional housing policies and ensuring that all new developments have their fair share of housing at low and middle income. —David A. Northern Sr., President and CEO, Houston Housing Authority

“We Don’t Know Each Other: A Personal History of Modern Ireland” by Fintan O’Toole

Earlier this summer, I finished “We Don’t Know Ourselves” by Fintan O’Toole. It is a story of Ireland’s difficult but ultimately triumphant journey from an agrarian and deeply conservative country to a modern society over a short period of 60 years, told as an overlay on the life of the author who grew up in Ireland. It reads like a novel. Its title is a colloquial expression among the Irish for having a little too much fun at a party, which of course finds its double meaning in Ireland’s time of self-examination and revival. As an Irish friend told me recently, “Irish people are now going to be defined by who has read the book and who hasn’t.” —Stephen Whyte, President and CEO, Vitus

This book excelled in what I looked for most in books: to connect on some level and to be introduced and exposed to a new world. Zauner’s experience growing up with an Asian mother, living in a white community and being one of the only Asian Americans, struggling with his parents’ failing health and finding solace in his mother’s food was relatable and cathartic. Fascinating and provocative are his millennial lifestyle and outlook, including leading a band, estranged from his father, and coping with grief. —Priya Jayachandran, CEO and President, National Housing Trust

“Impact with Integrity: Fix the World Without Breaking Yourself” by Becky Margiotta

This is a book written for activists, nonprofit leaders, government administrators, and other social change leaders, including affordable housing providers. Margiotta shares a framework for doing the internal work of social change and digs into common organizational challenges she has observed through her work at the Billions Institute, which helps social change leaders maximize their impact.

Throughout the book, she shares valuable leadership lessons she learned throughout her life, including when she led Community Solution’s ambitious 100,000 Houses campaign, which mobilized cities across the states. United to house 105,000 people who were living on the streets in just under four years. .

Margiotta was the keynote speaker at AHF Live in 2019, and this book expands on some of the themes she spoke about at the event. —Donna Kimura, Associate Editor, Affordable Housing Finance

“Killers of the Flower Moon: The Osage Murders and the Birth of the FBI” by David Grann

In the 1920s, members of the oil-rich Osage Nation in Oklahoma were killed. As the death toll soared into double digits, the newly created Federal Bureau of Investigation sent an undercover team to find out what was going on.

Martin Scorsese is adapting the non-fiction book, released several years ago, into a film. —Kimura

This debut coming-of-age novel by author Toya Wolfe is both heartbreaking and uplifting. Wolfe, who grew up in the Robert Taylor Homes on the South Side of Chicago, tells the fictional story of Felicia “Fe Fe” Stevens and her friends in the summer of 1999, when the skyscrapers of the huge public housing estate were been punctured by crime and demolished. building by building. While Wolfe paints a revealing and sometimes difficult picture of time and place, you’ll also find a story about friendship, family, a sense of home, and resilience. —Christine Serlin, Managing Editor, Multifamily Executive

“The Love of Laundry: Finding Joy in a Common Chore” by Patric Richardson

As a mom, I probably do an average of nine loads of laundry a week. I’m all about learning how to improve my skills (and the longevity of our clothes and linens), be more efficient, and find joy in such a mundane task. And, on top of that, the book inspires me to clean up the clutter in my laundry room and make it a more inviting space. —Serlin