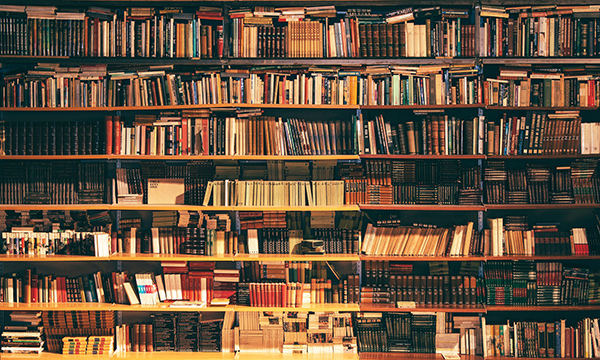 Earlier this month, HarperCollins, Hachette Book Group and Simon & Schuster all reported sales gains in the first quarter of 2022 compared to the same period last year, but forecasts for the rest of the year were mixed. . Publishing executives, or executives at their parent companies, have said higher costs are likely to squeeze profits and sales are expected to be flat or post small gains. Executives at Harper-

Collins’ parent company News Corp said that while sales in 2022 will show little to no growth, they will still be higher than in 2019, the last pre-pandemic year, a growing line used in publishing circles. News CEO Robert Thomson said while growth will slow, he expects sales to be “significantly higher” than before the pandemic, and chief financial officer Susan Panuccio said that although profits fell at HC in the first quarter, “consumption levels” remain higher than they were. in 2019.

It’s a theme that NPD BookScan has been pointing to since the start of 2022. Kristen McLean, executive director and industry analyst for NPD/BookScan Books Group, predicted in January that print book unit sales will likely fall this year from compared to 2021, when there were around 827 million in outlets that fall under BookScan. McLean said it expects unit sales to be higher than 2019 (700 million units), and possibly even 2020 (757 million units). Year-to-date through May 7, print unit sales reported to BookScan were down 6.4% (35 million units) from the comparable period last year, but were 16% higher than in 2019.

Discussions with a number of independent publishers also revealed that owners and managers tend to budget for flat or declining sales from what was for many record highs in 2021. As has been the case since the onset of the pandemic, market conditions are constantly changing. Inflation, on the other hand, could reduce consumer discretionary spending while forcing publishers to raise prices for certain books, which will likely reduce unit sales, or even dollar sales. In prepared remarks accompanying Educational Development Corp.’s fiscal year 2022 earnings release, CEO Craig White made just that point, observing that rising gasoline and food prices have historically impacted short-term negative impact on corporate sales and as such, EDC has a cautious outlook for the current year.

Cuts in consumer spending were not reflected in AAP’s StatShot monthly sales report for the first two months of 2022, which showed total business sales rose 7.6% at reporting companies . Adult sales were up 3.6% from 2021, while kids/YA sales were up 17.9%. The increase was led by print gains, as sales of downloadable e-books and audiobooks fell in the children’s/young adult category, while on the adult side, e-book sales fell 7.4 % and downloadable audio sales grew only 2.8%.

One thing that has kept book sales low is the lackluster performance of titles at the top of the list. According to BookScan, the backlist accounted for 68% of unit sales in 2021, a record. Through early May, primary list sales were down nearly 11% from the same period in 2021, while secondary list sales were down about 4%. Earlier this year, Barnes & Noble CEO James Daunt said the market could really use a big new book to bring customers back to stores, but so far no surprise hits have emerged. The best printed book published in 2022 so far is Run, Rose, Run by James Patterson and Dolly Parton, which has sold just under 350,000 copies since its March 7 release. Reminders of him by Colleen Hoover is the No. 2 new book this year, with approximately 312,000 copies sold. Hoover has, of course, racked up huge BookTok-based backlist sales for It ends with us (the best-selling book of the year so far, with approximately 512,000 copies sold), Truth (429,000 copies sold), and ugly love (280,000 copies sold).

A version of this article originally appeared in the 05/23/2022 issue of Weekly editors under the title: Hoping for better than 2019