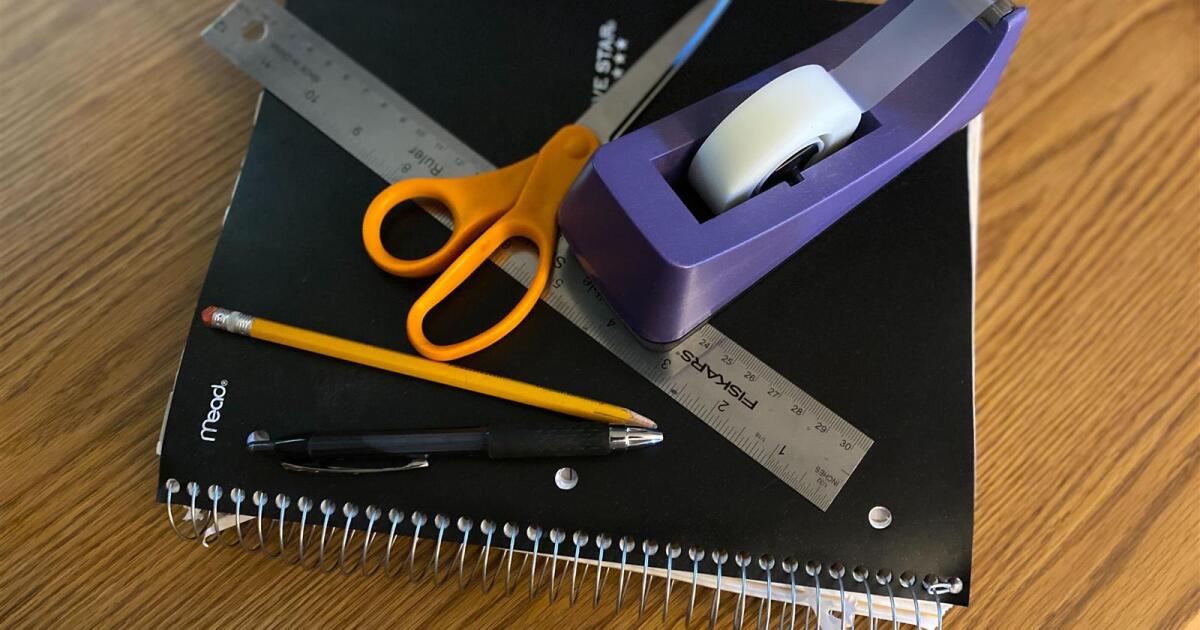 Beginning Friday and through August 14, the state will reduce its sales tax rate from 6.25% to 1.25% for certain clothing items costing less than $125 and school supplies.

The “tax holiday” was included in Gov. JB Pritzker’s “family relief plan,” a component of several bills making up the fiscal year 2023 operating budget. The tax breaks passed with nearly unanimous support in the General Assembly and provided an estimated $1.8 billion in tax relief for Illinois.

“The past two and a half years, for everyone, to deal with the pandemic has been difficult,” Pritzker said at a press conference on Thursday. “And the last nine months of inflation on top of that has strained parents’ and teachers’ budgets. Prices have gone up for everything from gas to groceries to school supplies, and everyone It’s times like these that we need thoughtful and creative solutions that provide financial relief to families in Illinois.

The state estimated that the sales tax cut would save taxpayers $50 million.

But it does not apply to ballet, tap or athletic shoes, roller or ice skates, ski boots, waders or flippers.

However, buyers should not expect other art supplies to qualify for the reduced rate. Clay and glaze, paints and brushes, sketch pads and drawing pads will all be taxed at the regular rate of 6.25%.

Electronic devices and computers will also be taxed at the regular rate. This includes computers and related supplies such as USB drives, memory cards, data storage, computer cases, cables, printers and ink.

The task of adjusting the tax rate for individual items will fall to retailers, who collect sales tax and remit it to the state.

Guidance from the Illinois Department of Revenue on qualifying items can be found here.

Other tax relief measures approved in the budget include a property tax refund of up to 5% of the homeowner’s tax bill up to $300, and a one-time income tax refund $50 per person and $100 per dependent, up to a limit of three children. per family. These would be available to individuals with incomes up to $200,000 and joint filers with incomes up to $400,000.

The package also suspends the 1% tax on groceries for one year and puts a six-month pause on the state’s automatic inflationary fuel tax increase, estimated at 2.2 cents per gallon. .

The plan also permanently expands the state earned income tax credit from 18 percent to 20 percent of the federal credit while increasing the number of households that can claim the credit.

The measure also established an income tax credit for teachers who buy classroom supplies at $250 for the current year and $500 starting Jan. 1, 2023.

Capitol News Illinois is a nonprofit, nonpartisan news service covering state government and distributed to more than 400 newspapers statewide. It is funded primarily by the Illinois Press Foundation and the Robert R. McCormick Foundation.